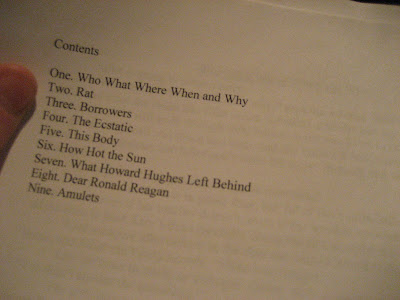 Printed a copy of the new, completed manuscript. Apple-Apple read the first paragraph to me and Fooey, while CJ played, in our basement. (It isn’t really for children, but on the other hand, it won’t harm them if they do read it; an interesting consideration that hadn’t crossed my mind till this very afternoon). Now I’ll put this copy away and wait to hear what may happen next. (Be warned: this could take awhile. But it’s nice to have completed this first step.)

(Nice? Sorry, as a writer, I should definitely come up with a better word for the feeling, but that’s as good as it gets. In platitudes, may many layers be found.) 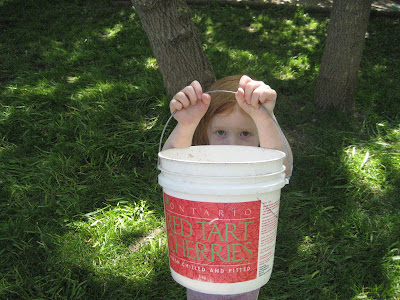 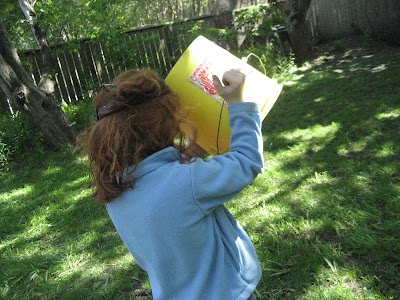 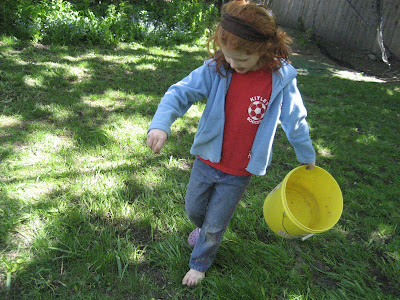 So it was a gorgeous day, a holiday here in Canada … and I spent it writing. Inside. Living in my head. My goal is to have this project completed before school’s out (end of June) so as to Live Life Outdoors all summer. Is this realistic? After today’s writing session, I’d say yes. Kevin and the kids enjoyed their holiday together, playing and working outdoors most of the day, planting grass and weeding dandelions, going to the park, eating hot dogs from a stand, injuring their knees, icing their injuries, et cetera. 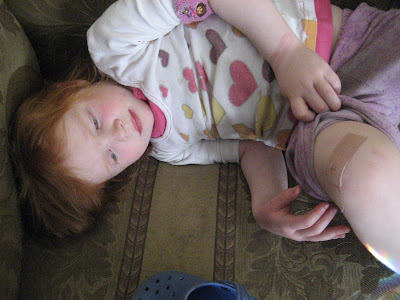 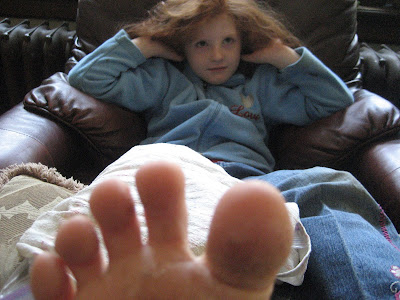 Writing day, and I’m afraid to tackle this opening story. The project feels close to its end, and rather than filling me with delight, I’m slowing down, dragging heels, aware of enchroaching emptiness.

I almost never watch television, so it seemed fated that last night, while folding mountains of laundry, I should switch on the glowing box and be immediately confronted by gorgeous, haunting black and white photographs, swept into the middle of a documentary on Sally Mann, a photographer whose body of work has been intensely personal, and controversial. Her own three children were and are her subjects, as is the land she lives on. The documentary follows her journey to create a new collection called “What Remains,” which is about death; the show is planned for a major gallery in New York who cancel at the last minute. The camera captures her shock and self-doubt and grief at rejection, and her husband’s grief too, and his silence, how he has no way to comfort her other than to listen and be present, and I turned to Kevin and just stared, struck dumb. She was saying the same words I say, at low moments, yet how could she possibly doubt, when what she’d created was so obviously of merit and worth and beauty? That moment also gave me a glimpse of what it must feel like to be the one absorbing that grief, on the artist’s behalf. Later, as she walks with her son in the woods, she says that it doesn’t matter if what she’s making is going to sell, she has to make it. She has no choice. I was in tears. It felt very close to the bone.
Her photographs are eventually shown in a museum in Washington D.C., and well-reviewed and celebrated.
My stories … well, it’s presumptuous to compare myself to someone who has succeeded as an artist; my success feels transient, and sporadic, and there’s no telling whether these years of work will this time add up to something of beauty and merit, but I felt a kinship watching her struggle, mourn, reflect, create. It’s a blessing and curse to want to translate experience into art–not just to want to, but to do it. The work involved. Working toward an end you can’t see until you find it. Will it be whole, or still-born? All these infinitessimal choices along the way that shape the final artifact, that leave you wondering–why this and not that? So much room for criticism, self and other. There’s the artifact created, and the one intended, and the multiple ones that might have been.
At times I question whether I’m too patient, too painstaking. A year feels like nothing to me anymore, writing-wise. Will I rest, at peace with this project, or will I keep chasing the ones that might have been? How will I know when I’ve arrived? Is it only when someone else tells me so? (Hair Hat might never have been finished either, in my mind, had it not been picked up for publication). Can I accept and find an ending in solitude?
The answer might be … no. Which is terrifying. Which is why I’m typing this, and not that.

Thinking about why I like blogging–because I do–and have come up with a very rudimentary hunch that there’s something mysteriously satisfying about publishing immediately upon typing, and imagining the connection between these words and another set of eyes. Today, I had no internet. This wasn’t a self-driven retreat from the Evil Distractions of the Internet, oh no; a cable in our house went on the fritz, and it was more like being forced into a chastity belt. No email. (There is the phone, you might point out). No internet radio. (There is, um, actual radio). No Facebook. (That might be a good thing actually, as I’ve recently noticed myself updating my status imaginarily at regular silent intervals throughout the day, such as, “Obscure Canlit Mama would like to know why her baby is so impressively wide awake at 6am,” or, “Obscure Canlit Mama has just escaped the library with a small shred of her parental dignity intact,” or, “Obscure Canlit Mama is frying bacon at mid-day. Don’t ask. Or, do.” You can see how addictive this becomes. Where was I?)
Right. No internet–therefore, no blog. No blog. No mundane moment grabbed and translated into words and chucked into the mess that is Blogland. I’m only just beginning to get a sense of what Blogland looks like. It’s crowded in here. Downright claustrophobic. There don’t seem to be filters, just personal taste, and the taste of one’s friends and fellow bloggers. There’s some really good writing out there, and amazing photographs, and recipes; but it feels overwhelming, like being at a trade show in a mosh pit with everyone shouting and screaming and you’re just sort of turning to the next person over and going, uh, what are you here for? And that person doesn’t really know, and then it occurs to you–neither do you.
Oh tumbled, jumbled metaphor. This is why I like Blogland. I can make a real hash of words in here, and not sweat it. When I’m writing a story everything has to fit, I have to be ruthless. I actually think that writing a good story bears no relationship to the metaphor commonly attached: that it’s like birthing a baby, or that the art is the artist’s baby. Pity that baby. Coolly reshaped to fit the parent’s vision, then frozen into position for eternity. But the blog feels more like a real baby. It comes out whole, there’s not a lot of editing, and it grows and changes–every day, or every post, forever replacing what was with what is, and is, and is, this permanent present. Which is pretty much exactly like parenthood. Maybe that’s why so many parents seem drawn to Blogland. We’re already living this, day-by-day, this sweet mundanity, these moments that feel so vital while amidst them, only to disappear, buried by routine; we’re already attuned to the bittersweet pull of time. How quickly a blog entry feels stale–that’s one of its peculiarities. Whereas a story can be read over and over again. I’m not saying old blog entries can’t be read again, and enjoyed (though perhaps mainly by the blogger herself); just that a large part of the pleasure is the immediacy, the realization that what you’re reading actually just happened, and the desire to check in again soon to see what will happen next. Even if nothing much really ever does.
File this entry under Big Thoughts. A favourite late-night-oughtta-be-in-bed-category.
Oh, let’s do one more thing, something new. Confession of the Day: This morning, I convinced Fooey to sit in front of a computer in the children’s section of the library, and signed in on it using her card (adults are not allowed), solely for the purpose of checking my email account. The good news is, I hadn’t missed any important messages.

For those of you forced to endure even one minute of my ongoing, seemingly bottomless writerly angst, this post is for you. Here is an excerpted acceptance letter I received earlier this week from the editor at The New Quarterly (which is a very fine Canadian literary magazine that has stood the test of time):

“I am thrilled with this story, the leaps and turns it makes in the later section from the heat and humiliation and incomprehension and secret delight of the child trying to make sense of her surroundings … to the more mature suspicion of her own memories and motives. The way, I guess, that it moves from the specifics of a particular time and place, from sensation, to a more distanced, abstract, reflective mood. … Consider this story accepted (for the summer or, more likely, the fall issue) …. I hope you are feeling a mounting excitement yourself about what you are doing with these stories, the shape they are finding.”

It goes against my instincts to post Good News Related to My Writing, especially with Compliments; hopefully I won’t regret this later. But if I’m sharing the agony, it seems fit to share a moment of joy, too. This particular writing project is well into its third year, and has seen a variety of conceptions and forms tried on and discarded, and this letter echoes my own feelings (and egregiously superstitious hopes) about its current shape: “a mounting excitement.” There’s still a heap of hard, even excruciating, work to be done before it reaches anything I’d dare to call to a book. But. Nevertheless. Yes. This moment is here to be enjoyed. It isn’t necessarily going to lead, directly or indirectly, toward something else, it just is what it is; and it’s good.

I’m beginning to understand what “labour of love” really means, when referring to an artistic endeavour. This collection over which I’ve been labouring for several years is beginning to qualify, methinks: it matters deeply to me that I get it right, that the end product feels real and true and good, and until then it’s like being caught up in compulsive behavior. This need to push on and try to finish the book to satisfaction, no matter what. That’s the love part: it doesn’t matter any more to me whether the book will ever be published, whether anyone else on earth will read it, just that I get it right.

Every once in awhile a labour of love gets published to great acclaim, and it seems so obvious, such a perfect ending, well, of course, this was bound to happen when he/she slaved over it obsessively for sixteen years, naturally, the end point is worldly reward. But it’s ever so much more likely that’s the exception, not the rule. It’s ever so much more likely the labour of love lives in a shoebox in the attic instead.

I’m not saying that’s a bad thing. Just that the other version makes for a better story. And I like a good story.