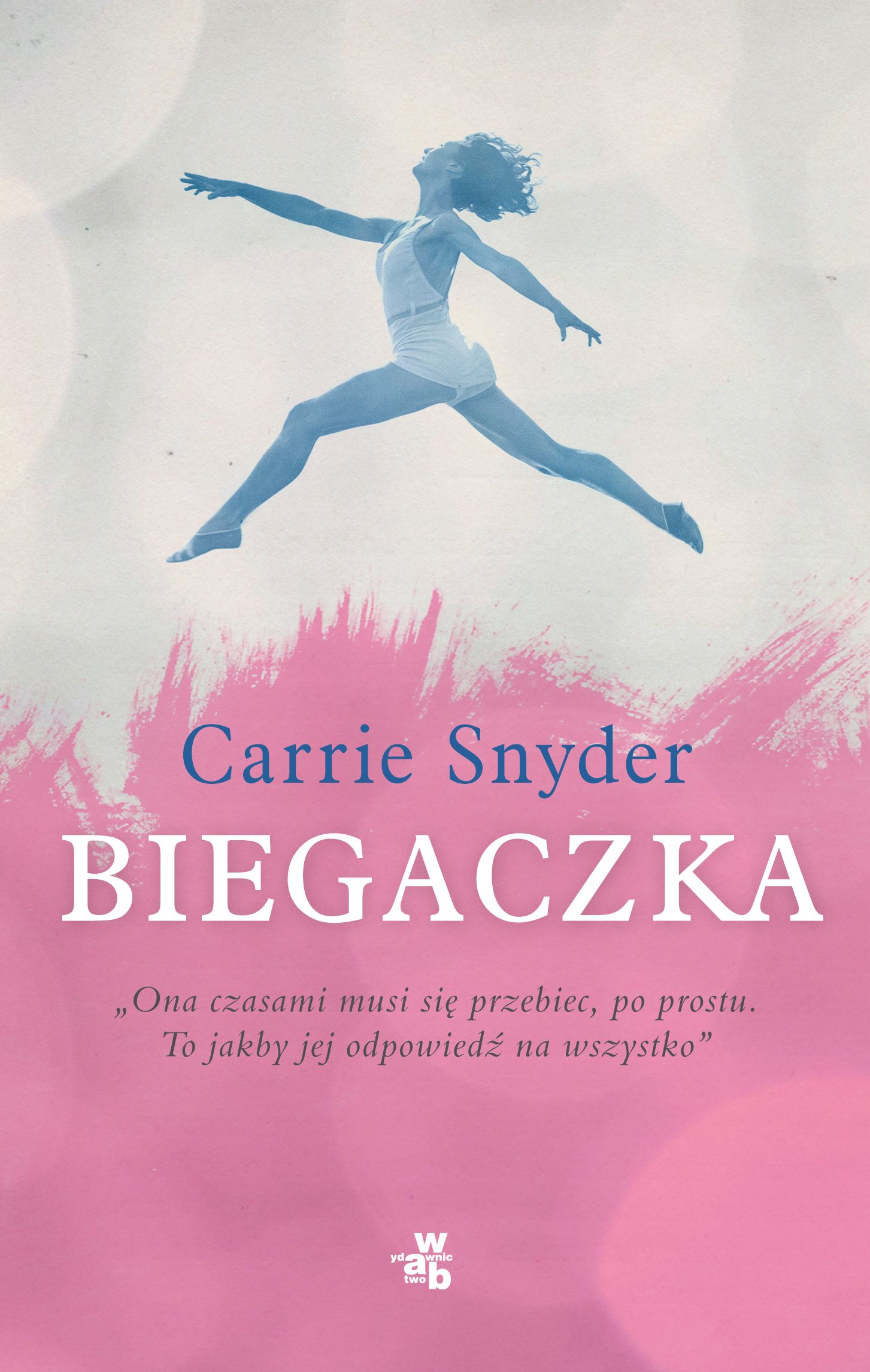 GIRL RUNNER is the story of Aganetha Smart, a pioneering athlete who captured world attention during the 1928 Olympics. Now, at the age of 104, alone, and in a nursing home, she seems forgotten by history. But for the competitive and ambitious Aganetha, life remains present and unfinished in her mind. When her quiet routine is disturbed by two strangers, the past rattles up to meet them all.

“Carrie Snyder has written an extraordinary, accomplished debut novel of love and family: a wonderful story of a free spirit forced to make difficult choices. Aggie Smart is a truly memorable heroine: she grabbed my hand on page one and never let go.” (Sara Gruen, author of Water for Elephants)

“Carrie Snyder’s Girl Runner delivers us one of the most memorable characters in decades. In 1928, Aganetha Smart won Olympic gold for Canada in track. But at 104, she is confined to a wheelchair in a nursing home, forgotten. In plumbing the depths of Aganetha’s story, Snyder has this incredible woman whisked away on one more adventure, during which she brilliantly explores the twin natures of memory and loss. Girl Runner is a witty, poignant, and finely plotted novel that offers us a character possessed of the wisdom that arises only from a life well-lived.” (Jury Citation, Rogers Writers’ Trust Prize for fiction, 2014)

“Girl Runner is an unforgettable tale — rich in historical detail and psychological insight — that examines what it means to be a woman and an athlete, proving that some truths really do surpass the bounds of time.” (Kimberley McCreight, author of Reconstructing Amelia)

“Ultimately, Girl Runner is a beautiful, thoughtful homage to those forgotten women who stepped outside the boundaries of what was allotted to them, and a testament to the struggles and sacrifices that paved the way for the female athletes who followed.” (Quill & Quire)

“The thump-thump of shoes against the pavement is the heartbeat of Girl Runner.” (Chatelaine magazine)

“What defines the novel is the depth and breadth of Aggie herself; she’s a rare heroine whose rich internal life is matched only by the abundance of her external living.” (National Post, Canada)

“A well-crafted meditation on aging and loss … Snyder’s inspirational protagonist pushing the boundaries of what was acceptable for women in the first half of the 20th century makes this novel a winner.” (Library Journal, US)

“Girl Runner fuses history and personality to create an inspiring record of the need for speed.” (The Globe and Mail)

“Girl Runner is a wonderful book to open up on a quiet Sunday afternoon. MY RATING: 5 out of 5.” (Justine Lewkowicz, NewsTalk Radio 1010, Toronto)

“With extraordinary deftness, Snyder weaves together the historical and the contemporary … Snyder’s story is a testament to the remembrances that should last.” (The Winnipeg Review)

“Infused with striking imagery and pearls of wisdom, Snyder’s novel attempts to capture how it feels to be a female athlete, an independent woman, and above all a runner. Like the pioneers of 1928, the characters in this novel win gold or get disqualified in the process, go on to modest modeling and acting careers, and disappear from the spotlight, while Snyder focuses on the feelings behind their public triumphs, the emotions beneath their personal turmoil.” (Publishers Weekly, US)

“Aggie’s strength and independence in a time of gender inequality will be an inspiration to readers in this poignant story of a life and its redemption.” (Booklist, US)

“A chronicle that combines, to fine effect, a love of sport with a talent for good storytelling. The book is well-written and totally captivating, and is a rare salute to women in sport.” (The London Free Press, Canada)

“Right from the start, the voice of Aganetha Smart, a one-time Olympic runner, now aged 104 and living in a home, grabs you. And it doesn’t let you go until the very last page of this original and moving story … it has something of the quirky charm of The Unlikely Pilgrimage of Harold Fry.” (Daily Mail, UK)

“Girl Runner is a lyrical and achingly sad novel. An independent woman ahead of her time, Aganetha Smart is a fully realized and sympathetic character who will spur readers to think about aging, regret, and the difficult choices life often sends our way.” (Books on the Table, US)

“What ensues is a well-paced and beautifully written story, which culminates in an important reunion.” (Iron Mountain Daily News, US)

“Throughout Girl Runner the details and specificity enhance without distracting. What defines the novel is the depth of Aggie herself; her complexities, her desires and failures and her deep relationships are the book’s heart, authentically and beautifully wrought.” (Edmonton Journal)

“Canadian writer Carrie Snyder may not be well-known in the States, but Girl Runner, Snyder’s third book, will undoubtedly put Snyder in the front of the “writers to watch” pack. Snyder tunes Aganetha’s voice so beautifully at each stage of her life that the comparisons to Elizabeth Strout’s unforgettable Olive Kitteridge are inevitable. Yet Aganetha is most definitely her own person from start to finish — a process Snyder has captured with exceptional grace.” (Minneapolis Star Tribune, US)

“The book hurtles through the 20th century in rich technicolor. It is not only a portrait of a life, but a portrait of an entire century. The role of the strangers in Aganetha’s life, as well as the reliability of Aganetha’s own memory create a book which is not only a vivid historical piece but also has all the ingredients of a contemporary mystery novel. The character of Aganetha is easy to like, reflective and warm on the subject of her life’s greatest driving forces: family, athletics and her own unfaltering ambition. Girl Runner would be a terrific book group read, a real page-turner which is overflowing with discussion points.” (We Love This Book, UK)

“Part mystery, part historical fiction, [Girl Runner] is a gentle read… a valuable reminder of how hard women have had to fight to be taken seriously as runners. It’s a joy to read about a woman finding pleasure in her body that isn’t sex or diet-based. Long may running provide this escape for all of us, men and women alike.” (The Independent on Sunday, UK)