At the risk of tooting my own horn …

… it’s not every day a Canadian writer I admire makes mention of me online.

Just read this longish piece by American poet Kay Ryan (it’s a few years old; thanks to Karl for pointing me to it). She is attending a poetry conference after a lifetime of preferring not to. She describes herself like this: “I love the solitary, the hermetic, the self-taught.”

As someone currently mulling the prospect of greater artistic collaboration, who has almost always avoided working with others–at least, when it comes to writing fiction and poetry–her witty words were delicious food for thought. Such as …
“I wanted my poems to fight their way … Fight and fight again. No networking, no friends in high places, no internships. I think that’s how poems finally have to live, alone without your help, so they should get used to it.”
“I think poets should take the lesson of the great aromatic eucalyptus tree and poison the soil beneath us.”
“I think it’s good to admit what a wolfish thing art is; I trust writers who know they aren’t nice.”
And finally … “Everything truly attended to is a spiritual practice, isn’t it?”
:::
Now, read my previous post if you haven’t already, because this post is an aside, a footnote to my day. Can you tell it’s writing day? I’m catching while catch-can.

From a Writer to His Younger Self

This list is pretty awesome: words of advice from a writer to his younger self (Steven Heighton). Also, I’m pleased to see the National Post’s book blog looking so vibrant and interesting. 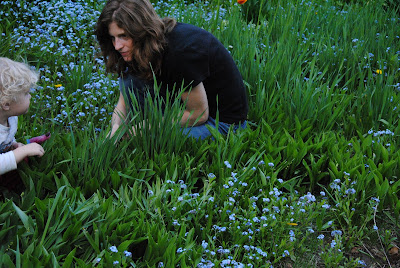 I want to tell you about today. I got up early, again. I was home from yoga before 8 0’clock, and said to Kev, “I feel like I already had my first cup of coffee.” (Then I went and had it anyway, because nothing beats that first cup of coffee). The wind is strong today, so is the sun, the sky is swept blue. CJ and his little friend played all morning with our new babysitter, and all was well. And I worked on a story. It is refreshing and sweet and delicious to be working simply for the sake of doing it, not toward a paycheque, though that may sound odd (and working toward a paycheque has its own set of pleasures, I might add). But to write just because of the words … nothing beats that. I’m not romanticizing. I don’t think.

In early afternoon, CJ and I ran errands uptown, then stopped for gelato and coffee, and he read books on the floor in his red sunhat and blue rainboots, and I sat quietly. Thinking. I did not feel distracted. I did not feel restless. I felt at peace. And the words that came to me right then were: I’m already doing what I’m meant to be doing.
:::
Wait, need to edit that last sentence. Who knows what I’m meant to be doing. Not me, that’s for sure. But I’m already doing what I want to be doing. 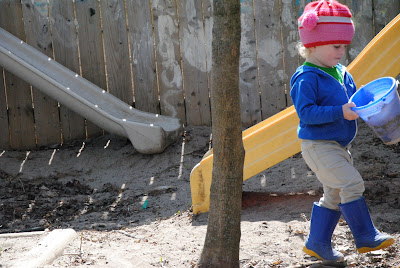 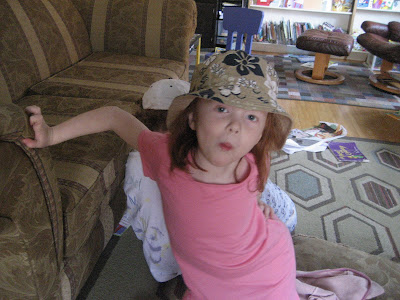 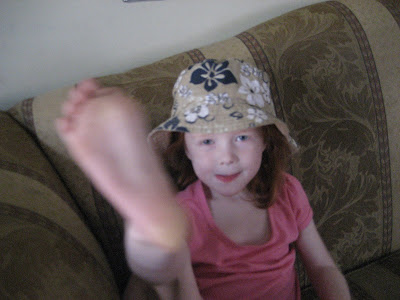 Have you seen him in his Strawberry Shortcake hat? He accessorizes with pink mittens, too. These are his choices, and I support them! The photos of Fooey were taken by her sister; I wanted to show how she’s posing for photos these days, very deliberately. I think it’s an effect of being photographed so often, and also of watching me photograph myself for the 365 day project. I often set up the camera and fool around with various poses and backgrounds … it can take quite awhile, and the kids are used to the beep-beep-beep of the ten-second timer going off, and run to check out the resulting picture. They’ll report, “That’s a good one, Mommy!”
:::
Today, I have some news. It’s not of the good variety, but on the other hand, as I think my way through it, it’s not of the bad variety either. ParentDish, the Canadian version for which I’ve been writing regularly, is going on hiatus while the company retools the American site. That means I am temporarily out of regular writing work. My last column will publish tomorrow. The reason this news is not altogether bad, upon reflection (thank you, hot yoga) … well, a couple of reasons, actually. 1. Over the winter, I have been writing very little other than my columns, and have found it hard to focus, in the few extra hours available, on poetry or short stories. I will enjoy doing that again. 2. I also need to consider whether I would prefer to publish under a pseudonym were I to write a column like this again. Recent posts have gotten a number of comments, some smart and thoughtful, and others a bit hostile and weird. It’s made me go hmmm, if nothing more. I don’t mind having time to reflect on this. 3. There might be a third reason. I can’t remember it. It’s almost time to head to school.
The days go.
But CJ and I had a lunch date with Kevin today, and I thought, walking over in the breezy sunshine, of the great fortune of time that is mine. And I thought of that poem from a few posts back: “This is what the living do.” We get to walk in spring sunshine, and see another spring burst into bloom. 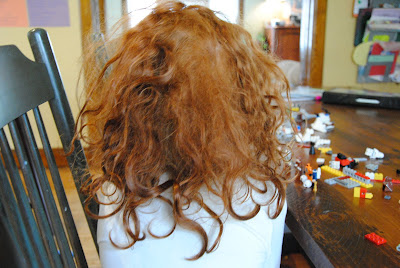 Could I have used the word “practice” just a few more times in that last post? Still, I’m sticking with the general theory, maybe just need to find a different word for “the practice,” ie. the noun.
One more tiny addition to the theory … with practice, there’s an expectation that you improve. That’s not always the case, though, is it. Sometimes, instead, all you figure out is what does or does not interest you. We’ll all always be better at practicing what interests us. That’s why it’s good to try things out. Because you never know till you do it. Interests change.

:::
Got a kick out of reading Amy Jones’s blog, which she shapes like lists. It totally late-night cracked me up. And made me go … ugh, I’m so damn serious. Lighten up already. Such a light-hearted thing to think, I know. It’s sort of like that voice in your head saying, stop being so self-critical! Um … okay.
:::
Pickle Me This tweeted a link to an absolutely eviscerating review of Yann Martel’s new novel Beatrice and Virgil. I read it and cringed with sympathy for Mr. Martel, though I haven’t read his book, and therefore cannot claim with any authority that it is not exactly as terrible as the reviewer thinks (“Worst Book of the Decade” was his headline, actually). It sounds, from the interviews I’ve read, like Mr. Martel suffered a serious case of writer’s block after the runaway success–critical and popular–of Life of Pi (which I did read, and truly enjoyed). Two years writing an essay on the Holocaust. Grim meeting with international team of editors who tell him to toss everything out and try again. Pots of money at stake. Doesn’t sound like a recipe for easy creation. Sometimes it’s easier to make stuff in the margins. It’s all about expectations–the ones we put on ourselves, and the ones we perceive others want us to live up to. Maybe writers/artists could benefit from whatever sports psychology the Canadian Olympic team used in the lead-up to Vancouver. It’s not just about what to do after achieving success, but about not being afraid to fail while seeking success. Well, and not being afraid to succeed, though that sounds odd. Who wouldn’t want to succeed? Quite a lot of us, I’m guessing. It’s like in Anabaptism, where you choose to get baptized as an adult, and then “go and sin no more.” Uh. Tall order. You could see how it would be nice to believe in a little weekly Catholic confession instead. Or how you might put off baptism till you’re at death’s door, just to be sure. Perfection. It’s not all it’s cracked up to be.
Practice, practice, practice.
This is a little rhyme my mom used to say: “Good, better, best. Never let it rest, till the good is the better and the better is the best.” That might be about practice AND perfection. Oh, and about remembering a grammatical point, but I’m always looking out for the metaphor.
:::
I’m rambling. It’s because I have to write two new columns this morning. And now I shall. And now my computer crashed. And now I’m working on a new computer. It’s just one of those mornings. Not sure what I’m practicing but good writing ain’t it.
:::
PS That’s a totally random recent photo of AppleApple’s hair. I took the picture in order to convince her that it did, in fact, require tending. Whenever I mention picking out her hair (we don’t brush those curls, we pick them), she goes into spasms: “Who cares what my hair looks like? I don’t care! Why do you care?” And I say, okay, why do I care? And sometimes we decide that it’s fine as is, and we neither of us will be overly vain or focused on appearances. And other times … well, I resort to desperate measures. Because it turns out that I do care that she not enter the world looking like the neglected homeless child of a crazy woman. And even she had to admit, upon viewing this photo, that something needed to be done.
Page 72 of 81« First«...102030...7071727374...80...»Last »