Climbing hills and trees: more thoughts on motherhood and work 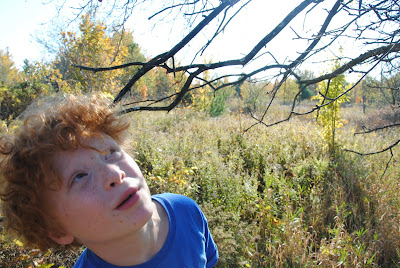 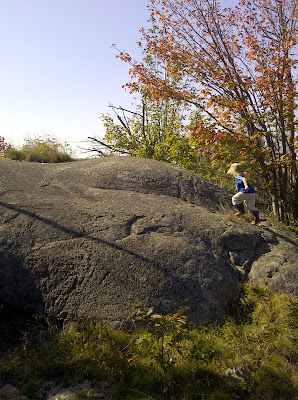 How to pare down today’s thoughts into a blog-worthy parcel? First, I want to say thank you to the many who added their comments and experiences to the working-mom meets stay-at-home-mom post. So much food for thought. And I’ve been hungry. Here’s where your thoughts led me:

1. Six-and-a-half years ago, I read an essay by Carol Shields that both comforted me and rung true. In it, she offered the idea that there is enough time. She was writing the essay while dying of breast cancer, but even for dying, she wrote, there is enough time. When she was younger, she worried about fitting everything in, but in each stage of life, she discovered time enough. It wasn’t that she could do everything all at once, it was that she honoured and lived out each stage.

I loved that idea (still do). That I could enter fully into intense hands-on motherhood and take my time. And when the stage passed, I could enter fully into whatever came next. And in my untested theory, somehow those years of intense motherhood would be an asset to whatever came next: all the juggling of multiple demands and scheduling and coping with crises and being nurse / healer / calm-amidst-the-storm / psychiatrist / chef / chauffeur / event planner / and on and on as the moment required would be valued, and would add value to whatever I chose to do next.

A couple of big assumptions in my theory. a) That employers would value experience that couldn’t be validated or quantified. b) That careers could be built overnight or slipped into like a pair of shoes. c) That I would get to choose my career like an item picked off a menu. d) That I would have a clear idea of whatever came next. e) That the intense hands-on motherhood stage would pass.

Reading your thoughts, it struck me: my theory is entirely unproven. I’ve spent six years quietly and confidently assuming everything would fall into place at the right time. (And who knows, stranger things have happened.) But let’s just say things don’t. Let’s observe that intense motherhood doesn’t pass, exactly, things just calm down somewhat. Even a decade on, it’s still pretty intense (with children ages 10, 8, 6 and 3). Meeting their needs continues to occupy a large portion of my mind and my time. The stages of life, therefore, aren’t so clear-cut and tidy.

2. Beyond that, I’m feeling a deeper appreciation for the work that career-building takes. Success in a chosen field isn’t something you can step into. It’s a slow build, a steady climb; you have to be there in order to make connections and to stumble into the right place at the right moment. It takes hard work and commitment. And time. Time and commitment that I’ve chosen to put into my home life and my children. Not into a career.

3. But: At the expense of a career? I still refuse to believe that. Especially because I have been (slowly) building a career as a fiction writer, and, yes, it’s taken time and commitment. But as most writers of fiction will tell you, this ain’t a career known for wild profiting; or even, in all honesty, breaking even. Which brings me to …

4. How much do I prioritize financial independence? I am in a marriage with a supportive partner who has shouldered the burden of our expenses ever since we started having children (you could say, conversely, that I’ve shouldered the burden of caring for our children during that time; and that perhaps we both have made sacrifices–and gains–in this arrangement.) I realize that I’m fortunate even to be able to ask this question, but, if I had to choose between nurturing my creative life and becoming financially independent, which would it would be? Because, let’s be realistic, it may be that there isn’t time to be a mother, and a writer, AND a [fill in the blank] money-earner. At least not all at once.

6. Experimenting freely. Does all of this worry and analysis leave out the most important part, the most exciting part, about where I stand, right this second? (Okay, I’m actually sitting.) Because there is so much possibility in the unknown. My imagination runs wild. Sometimes I’m afraid; but mostly, here’s how I want to frame this nebulous whatever comes next stage that no longer seems so well-defined and particular …

**Like I’m marching joyfully up a giant rock in my rubber boots to survey the fields all around.

**Like I’m climbing an old apple tree, not necessarily expecting to find edible fruit, but for the heart-pounding excitement of being up so high; and to test the branches, and my own bravery.

Mentioned
Do you see what I see?