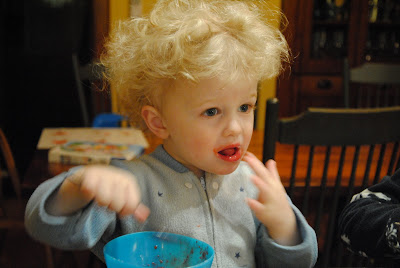 Should write a new post. Too weary for much. This family day just about did me in. More accurately, it was the attempt to go to a movie this afternoon–Where the Wild Things Are–en famille. As we were gathering our debris and getting everyone into snow clothes afterward, Fooey declared, “That was the best family day ever!” Kevin and I just looked at each other in amused disbelief. Down in the lobby, I said, “Hey, how about we go out to a nice restaurant now and torment some more paying customers,” and we both got the giggles. So did a pleasant-looking couple who was happening by. I think perhaps my worst moment during the movie was when CJ spilled a bag of cookies and then crawled around eating them off the floor AND THEN discovered that he could fit under the seats and headed off to the row behind us–and made it. Oh, there was some shushing going on all around us. That was when I gave up and headed for the bathroom, which is where we spent the rest of the movie. Was there a movie? Was it good? Fooey summed up the best parts for me over leftovers at home (we declined to hit up a restaurant on the way home). Now I can’t recall what she said, but it was funny. “He left because he wasn’t the king. Nobody was!” Oh, yes. I’m recalling it now. Apparently one of the monsters gets his arms ripped off (that happened while I was in the bathroom; sounded traumatic, but no one seemed perturbed). “And it was his favourite arm!” said Fooey. “Why would he have a favourite arm?” And then she tried to pick which of hers was the favourite; but she couldn’t.
And now I need a nice glass of red wine to recover my sanity. The holiday is definitely over. And these Olympics are inflicting serious sleep deprivation upon me. I keep staying up late so as not to miss any must-not-miss moments. Boy. Was I glad I stayed up last night for the gold medal run.
:::
Another blog has posted a review of Hair Hat. Pretty fine. I’m amazed and gratified to find that this dear little book of mine has found new life, six years on. Six years? Yes. It’s really been that long.
:::
And here’s the other thing we did today: we made a music video in honour of Canada’s first gold medal. The homemade music is a bit lacking, but you would not believe the chaos in which it was recorded. Oh, wait. You just read my account of the movie above. So you’d believe it. Anyway. We tried. And it was a genuine all-family-project, just like Kevin and I had hoped to accomplish today. Phew. 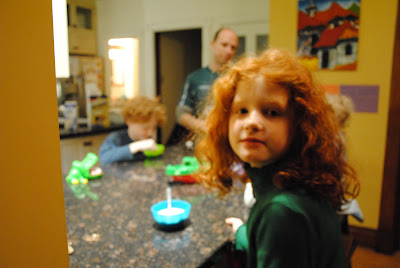 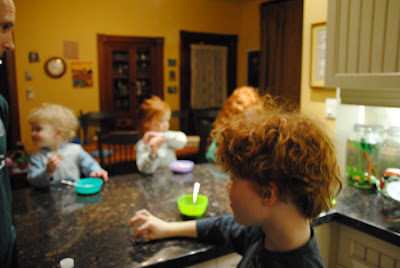 Too many blog entries today, but I can’t help it, here’s another: I just discovered a moving (for me) review of my first-born book. I cannot believe how accurately the reviewer (Kerry Clare) got in touch with what I was attempting to achieve. I’m amazed. And touched. And then, another new review, too. 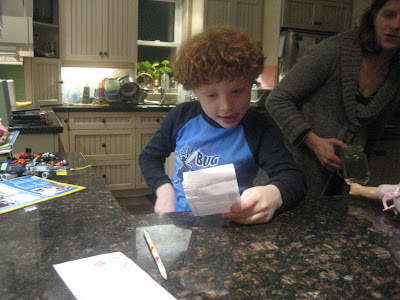 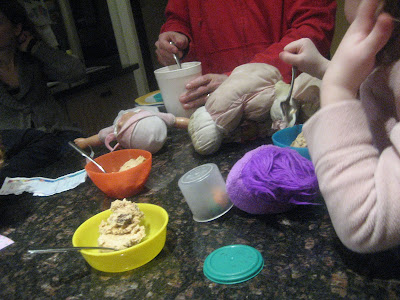 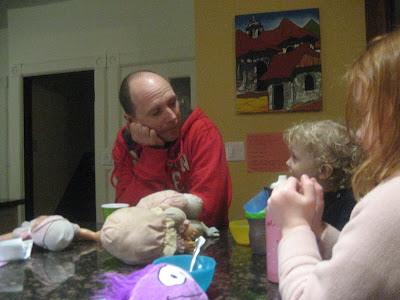 AppleApple took photos. We’ve chosen Thursday evenings as our regular meeting time. Ice cream has been incorporated into the event.
But Kevin and I are not committee people. That’s an understatement. Our impatience with committees knows no bounds. Nevertheless, we’ve named our family meetings: The S-C Family Committee Meeting.
Albus volunteered to be secretary for this last one. This is quite extraordinary, as he greatly dislikes any task that requires writing. He perfected his short-form. We went over the minutes from last week’s meeting, and added some new items to this week’s minutes. I think the children were a bit disappointed by what happens (ie. very little) at the meetings. We introduce a subject, briefly discuss it, then move on to another one. The two older children kept reading and re-reading the minutes. “But we haven’t really DONE Dad’s friend party,” they would say. And we would say, “Well, is there something you’d like to add to what we’ve already talked about?” And they’d say, “No, but we haven’t really DONE it!”
Proposed item for next meeting: figuring out what it would take for any item to be DONE.
Kevin and I are so far mostly chairing the meetings ourselves, though I can actually imagine one of the older children taking over down the road. We are not using a “talking stick,” or other very formal organizational devices, but already found the children more responsive to the phrase: “Let’s let [insert sibling’s name] take a turn to talk, and then you can have your turn.” It’s definitely been a fun addition to the week. So far, everyone seems to look forward to it.
My most difficult task is clearing time and space for the meeting. There can be no multi-tasking. I can’t be doing the dishes or making tomorrow’s lunches while participating in the meeting. But we can all eat ice cream.

The Joys of the Neighbourhood Playgroup 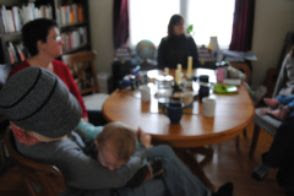 And, wow, it’s been a part of my life for over seven years, now. Amazing!
Nice hat, Kasia. 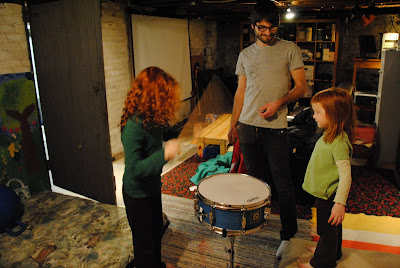 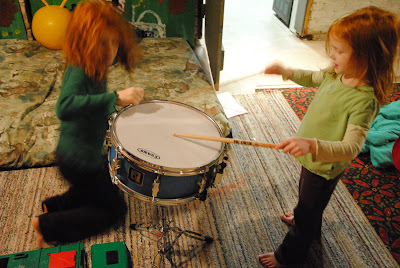 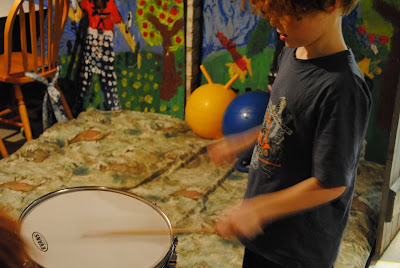