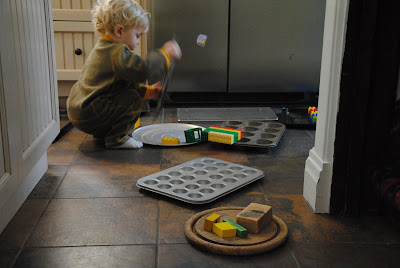 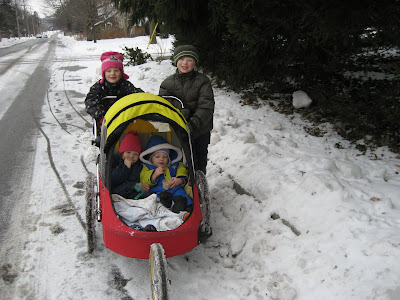 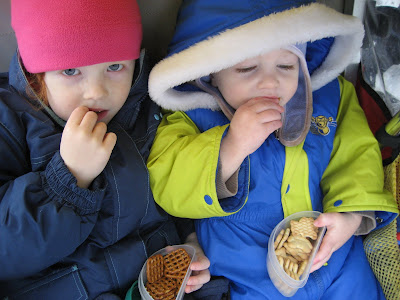 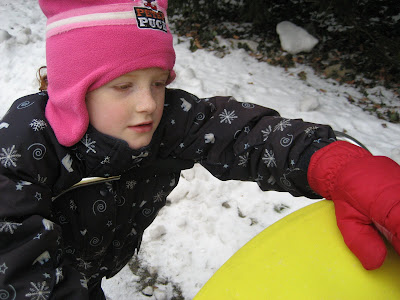 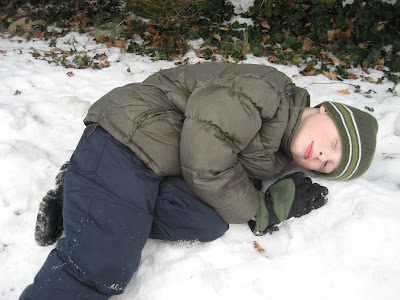 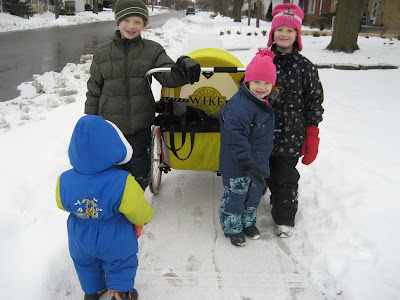 Delivering cookies. Eating cookies. So tired. So cranky. How much further? Why won’t he wear his mittens? Now he’s lost a boot. Oh no, everyone’s escaped. This could be slow. Sloooooooooow. Hey, someone’s home! Oops, pajama-time. How early in the morning is it, Mama? Hey, someone else is home! Would we like to come in and warm up? Would we like to come in! Cup of coffee for mama? Cup of coffee! Oh, yes, we brought you these treats … that my children are now eating. For you, a second bag. 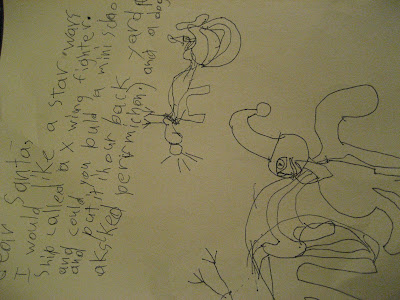 Dear Santa,
I would like a kid dolly and baby dollies and mom and dad dollies too. I would like city playmobil, bus playmobil, school playmobil and the last kind of playmobil is work playmobil like dump trucks. I would like city lego and star wars lego. I would like a story book to read with my mama. I know you already gives candy!
Hmmm …
I would like a necklace. I want a purple flower pink dress. I want a skirt with pink, purple and green. I would like a mini-store with carts and food and a cash register with money, because you can’t even sell anything without money! Also with my store I need a clock to tell the time. I would like a puzzle with a horse and a unicorn playing together with an orphan who rides them.
Thank you. From Fooey.
Dear Santa Claus,
I want some more bakugans. Star wars lego. I would like a star wars lego ship called the republican attack gunship. Some games. Calvin and Hobbes books. Pokemon. Another puffle. a playmobil pyramid. Some posters. Tennis balls. A necklace-making set. A new fish. A bean bag chair. A lego pirate ship. Books. And more toys.
From Albus. To Santa
ho! ho! ho!
Dear Santa,
I would like a star wars ship called a x wing fighter. and could you buld a mini school and put it in our back yard (ps I asked perrmichon.) and a dog. and a camra
From Apple-Apple to Santa 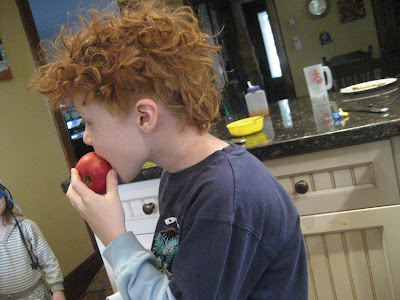 Is it wrong to have given my son a mullet? This cut was the result, yesterday morning, of him complaining that hair was getting in his eyes, and of me responding with an eager, but rather dull, set of scissors. After I’d sawed a bit off the front, and trimmed over the ears, the boy was growing impatient, and it dawned on me that I’d accidentally given him a genuine style … a curly-haired, eight-year-old, somewhat matted, slightly punk-rock version of that old Canadian favourite. So I stopped right there.

Boxes on the Kitchen Floor 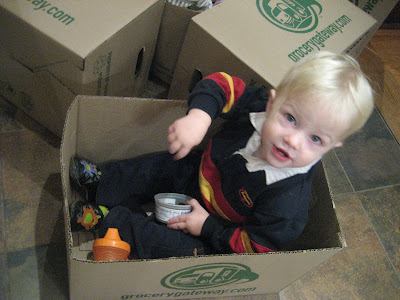 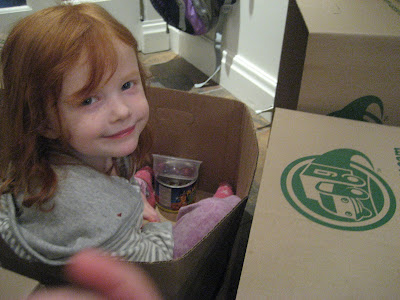 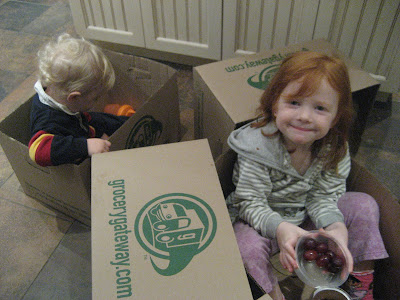 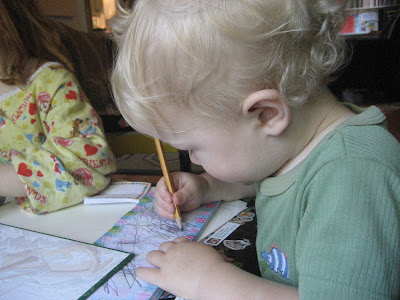 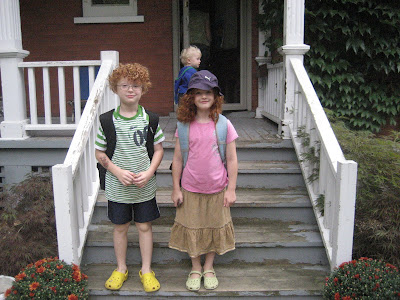 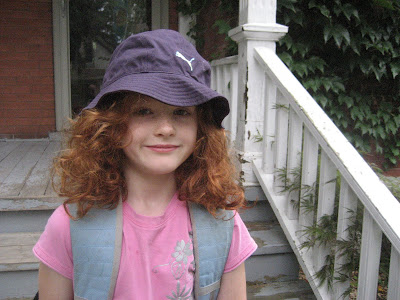 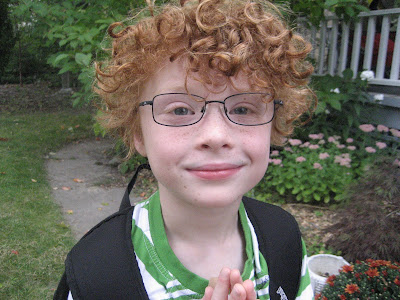 Meant to get in one more post before school started, to commemorate our last summer adventure; but too late. School started this morning. First day of school photos duly taken. The big kids found their lines and classrooms without difficulty this morning, and it certainly didn’t hold the drama of years past. Albus suffered a goodbye kiss (barely); Apple-Apple waited patiently in her line saying not a word. CJ ran wild, climbed the kindergarten play equipment and soaked his pants coming down the slide. Otherwise, the trip to and from school was uneventful. It is Albus’s FIFTH year in school, so we’re pretty accustomed to it now; he’s been in school now longer than not. Weird. Those quiet, blurry, half-asleep preschool years have become ancient history.
I am currently babysitting an extra little guy (apologies to his parents; but rest assured, he is within sight as I type this, eating a snack at the counter with his fellow snacking companions; all were famished after a morning of difficult “instruction” work. Wish I’d gotten pictures of that).
What-ho, here we are. A return to routines not invented by me. A return to a more rigid flow of hours and days, with, one hopes and imagines, the increased productivity routine creates.
We’re headed outside, now. Snacktime has come to an abrupt end.
Page 15 of 18« First«...10...1314151617...»Last »