Something I keep thinking about 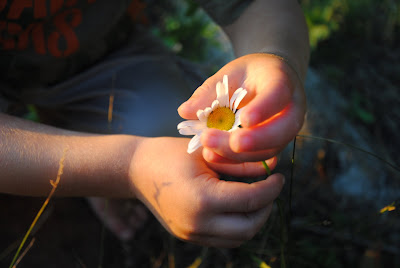 There’s a post I wrote awhile ago, a year and a half ago, to be precise, to which I keep returning. (Read it yourself, here, if you’d like).

The question I was asking then (and which I continue to ask) boils down to what kind of life I’m seeking to live: is it a life with unexpected twists and turns and seemingly disconnected variety, or a life of intense and singular highly focussed work; or is there perhaps a third way, a way in between those two extremes?

A year and a half after articulating that question, I can’t say an answer has appeared. Has life, as it’s been lived since then, spoken? Not in any expected way. Not loudly. Not directly. But also, have I been listening to the universe in the same way? Expecting it to reply? I have not. And I’m not sure why.

Instead, I’ve been running.

Is that a metaphor? Have I been running away? Or toward? Or is running a question and answer contained in itself? This morning, I woke up a bit later than usual, but realized that without a run, my day would be consumed by negative energy, and that I needed to run as far and as fast as I could in the time available, in order to burn that energy off.

Where is this negative energy coming from? It manifests itself in a general grumpiness, irritability, sometimes in a muddled mind, or I get lost in thought. Not practical, useful thought, but distant drifting foggy thought in which I cannot find my way. There is something about running (or biking or swimming or any exercise that gets me working physically) that burns off the fog, that releases me, even if only briefly, into a happy state. Afterward, I feel productive. Alive. It’s like an energy exchange: bad for good.

What will you do with your life?

My youngest starts school in a year. A year, therefore, is my self-imposed deadline. Deadline for what? For direction. For the universe to point me wherever I’m meant to be going, or for me to point myself, to step off, to launch, to turn around, to choose. I type that as if it were absolute, as if I might choose the wrong path, as if there is a right path and a wrong path; and there’s not. I believe many paths could be right. Success (happiness? contentment?) is dependent on how I walk the one(s) I choose. Nevertheless. My youngest entering school carries the pressure of a deadline. I’m at an age when it feels like, to paraphrase a character in The Juliet Stories, I’m holding in my hands a diminishing collection of possibilities.

So. I have a year to figure this out. I don’t know about you, but a year doesn’t feel as long as it once did. Turn your head, laugh, and it’s vanished.

I believe
The birth of Obscure Canlit Mama