The birth of Obscure Canlit Mama 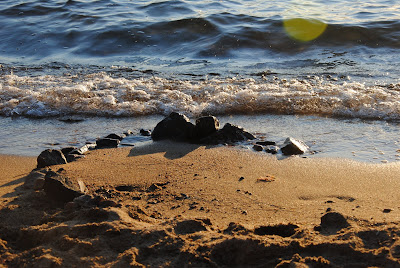 Three years ago, I started this blog. Those were my opening lines. I couldn’t have guessed how it would expand my world, but on that first day, I wrote three separate entries, so it’s safe to say that I took to it quickly.

Here’s an excerpt from my second entry, on that first day, published at 11:46am:

I have three hours a week right now to write. I’m down to my last half hour of the week. I’ve rewritten a couple of poems and started this blog. I think I’ll be heading downstairs feeling distinctly disappointed, restless and aimless. Kevin’s had a hard morning with the kids. There has been a lot of conflict. Right now the kids are in the room next door “cleaning” up the girls’ room and Kevin is in and out of my working space with the baby in a sling, my working space being the changeroom/toyroom/soon-to-be-baby’s-bedroom/my computer on tiny computer table; and now Kevin is speaking with great frustration to the kids: “This is worse than before!” Time-outs and threats and warnings. We have four children ages seven down to four months, two boys as bookends, two girls in between. It feels, today, like I’ve been unable to shut out the mundanity and get to work.

Okay, resolve for next week’s writing day to go better. Next week I will start a new story instead. I’m afraid of the new story, that’s today’s real problem. I’ve written two in a collection that was previously a novel, and it’s material almost too close to my heart, and too painful, and I am terrified of failure. That makes working on it with any level of success very difficult. Requires more bravery than apparently I’ve got today.

Wow. How many changes can I count three years on? It’s quite amazing. Not just the growth of my children (baby now three-year-old), but the growth of my relationship with my family, and my growth as a writer. That story I was afraid of writing? In one form or another, it’s part of The Juliet Stories; I just sent the line edits back to my editor last week. Next up: one more round of back-and-forth discussion with my editor, then copy edits, and cover design, and, in March, the launch of that very book.

And even as I complain about not having enough time for myself this summer, it puts it into perspective to consider all the time I didn’t have for myself three years ago. Nursing a baby, caring for small children, three hours a week for writing (!?), disrupted sleep, and I hadn’t even discovered yoga.

I’m so grateful for this blog. It was a leap to go public, and it’s been a learning experience — learning out loud — but am I ever glad I didn’t get to that story three years ago, and instead decided to publish as I typed.

So here it is. Another morning, another August, another post.

Something I keep thinking about
Our end of summer chaos