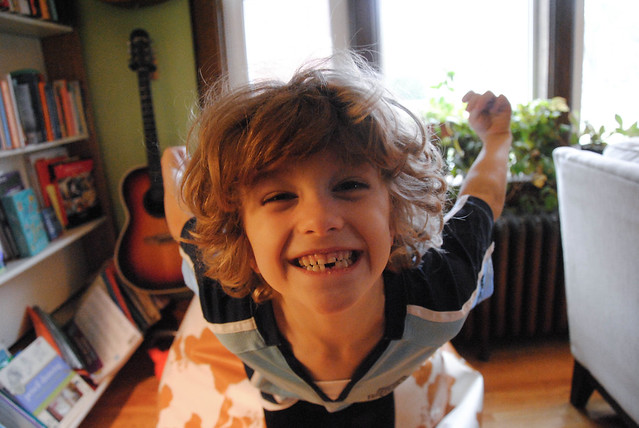 This happened on Friday (see above).

Friday was one of those days, which feels, at the moment, like all of the days, when every must-do is done slightly behind schedule, and therefore with ratcheting tension; that was Friday, especially so. Friday included an early-morning physio appointment, a work-related phone call wherein the phone wouldn’t work, marking assignments, work-related emails that couldn’t be ignored, taking care of the sick kid (who as of this writing is still sick!), and answering the door regarding incoming packages. It was the kind of day where I was reminded that working from home is convenient for everyone except for the person working from home. Need someone to sign for your package? Carrie’s home! Sick child needs attention, feeding, and care? Carrie’s home! The dogs are disastrous bundles of anxiety and need walking? Carrie’s home! I can hear the bitterness accumulating in my tone now. I guess I haven’t gotten it out of my system.

Not running right now (injury) isn’t helping. I’ve been walking on my treadmill regularly. Helps a bit. Doing my physio exercises faithfully. Hoping the exercises help the hamstring issue, because they ain’t helping with the excess of nervous energy.

Back to Friday. I was late heading out to pick up CJ. AppleApple had arrived home and wanted to come along and bring the dogs, who needed walking, as mentioned. Dogs proceeded to stop at several amazingly inconvenient locations and moments, en route, to relieve themselves, including once in the middle of a street (!!), which required some quick work with the plastic baggy. Anyway. We were late. I ended up leaving AppleApple in charge of the dogs near the school grounds, and running (remember how I’m not supposed to run?) all the way around the school in an effort to get to CJ before the bell rang. I was not successful. This was totally my fault for leaving so late plus bringing the dogs, mother-guilt, mother-guilt, mother-guilt, sprinting across the playground. There he was, panicking and near tears. Also, my hamstring hurt a lot, after just that short run. Which seems like not good news. But it felt like a day of not good news; or, more precisely, off-kilter news, not-quite-right news. 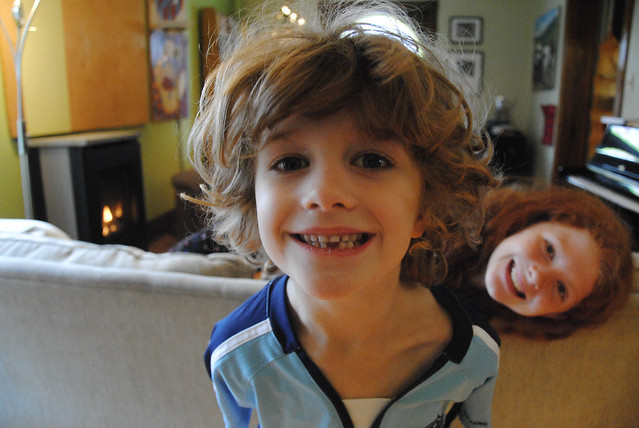 As we were walking around the school to reunite with AppleApple and dogs, CJ smiled at me, having already cheered up, and I said, “Oh, and look, you’ve had a big day! You’ve lost your tooth!”

His face simply fell. “What????” He reached into his mouth to feel for the tooth.

“Did you not know you’d lost your tooth?”

“No!” He was near-tears again. The tooth had been dangling by a thread when he left in the morning. I’d offered to pull it, but he was hesitant and Kevin was in a hurry, and so we didn’t try. And now the tooth was gone, lost for real. First baby tooth of my last baby. The Tooth Fairy in me was grieving. And CJ was really worried about the Tooth Fairy too. Would she deliver without the goods?

“I think I swallowed it,” he said solemnly. “But not when I was eating my apple. I didn’t have an apple today!”

Later that evening, we problem-solved. CJ composed a note. It went something like this: “Dear Tooth Fairy, I lost my tooth. I can’t find my tooth. Next time I will let my mom pull my tooth. I hope you find it. Love, CJ.” [Note: certain portions of this letter may have been dictated by a certain mother…]

In the morning, he came running find me, clutching the note, on which the Tooth Fairy had made her reply. “Mom, the Tooth Fairy really is magical!!!!” [Note: the Tooth Fairy focused her message on brushing. Certain portions her letter may have been dictated by a certain father, who is in charge of the dental portfolio, in our family…] 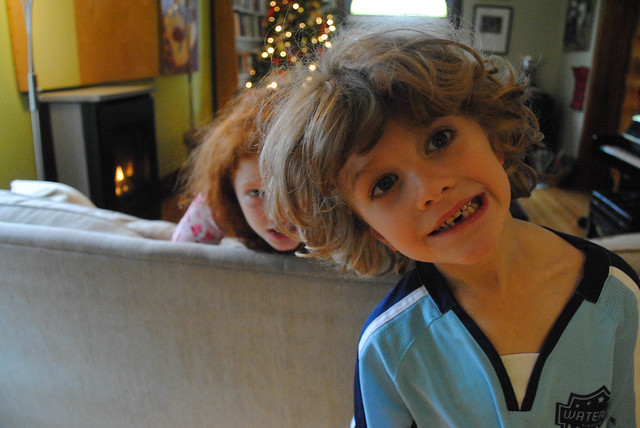 On another subject, sort of, I’m wondering how much longer to sustain the Santa Claus myth for my Fooey, who, at age 9, is seriously suspicious: “When I move out of this house, you’ll have to tell me if Santa Claus is real!” Um. Okay. I don’t even particularly like carrying out these illusions, a part of me feels deceptive, but the other part knows that the kids love and even crave the illusions; my older two were crushed when, as a novice parent wanting to be honest, I told them the truth about Santa Claus, when they asked me, around the ages of 3 and 4. Crushed! They reminisce about it to this day (not around the younger kids, however). “Oh, Mom, you just didn’t know any better,” they say, rather fondly. They’ve forgiven me. But they’re careful to make sure I keep things going for the younger two. In fact, it was AppleApple who stepped in and took charge when Fooey demanded to know why the pyjamas from Santa Claus always come from Land’s End… 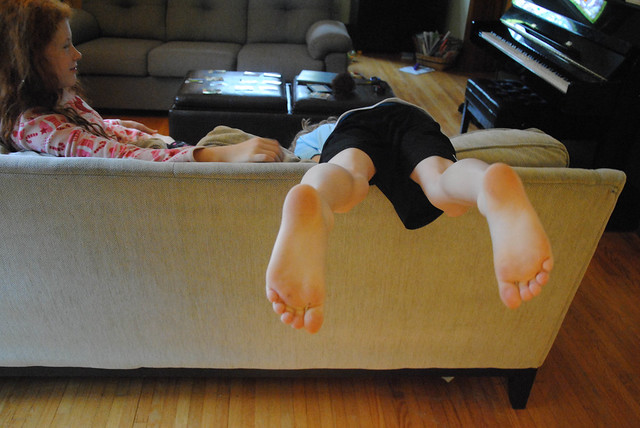 This post has gone in a direction entirely unforeseen. From griping about working at home to the realities of the Tooth Fairy and Santa Claus. How can I be a fiction writer and be so ambivalent about sustaining illusions? Honestly.

PS This Obscure CanLit blog has been shortlisted for two prizes at the Canadian WeBlog Awards, in the categories of Life and Writing & Literature. I’ll admit to being slightly baffled about this, but nevertheless pleased and flattered.

The many guises of Aganetha Smart, Girl Runner
Do we get to choose?