Do we get to choose? 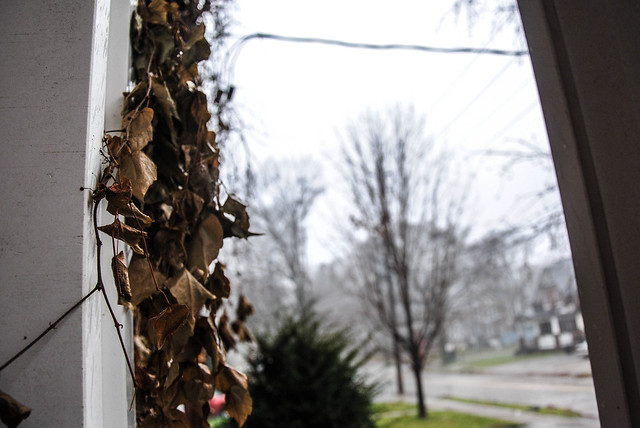 I’ve been thinking about how much control we have over what we’re called to do. First of all, you have believe that a person can be “called” to do anything to bother reading on; if you skip this post I won’t be offended. I come from a Mennonite background where this language is commonplace and understood, and in fact, I do believe it, at least in a general way. I believe that we can be called to serve a larger purpose, and I don’t necessarily mean a religious purpose; I mean broader purposes of justice and care. But I also believe in self-determination, in launching yourself in the direction you want to go, in imagining where you want to be in order to get there. I don’t like the thought of sitting around vaguely waiting for Life to tell me what to do: take responsibility, make things happen, work hard! is my philosophy.

But what if being called also means stepping into the mysterious unknown, opening doors whose existence you couldn’t have anticipated, discovering yourself off-path, doing something you wouldn’t have thought you were prepared for?

What if what you’re called to do is not what you are launching yourself toward? What then?

I’m not wondering about this because there’s some big, exciting non-literary opportunity tucked up my sleeve. No, not at all. I’m wondering because of this blog, actually. I never anticipated the blog becoming anything at all, or being read by anyone other than friends and family. How could a whim become an institution? I wonder: what if I’m remembered, as a writer, more for my blog than for my literary fiction? Would that bother me? And if it would bother me, why? Do I value one kind of writing over another?

I think of blogging as brief, quick, and in some ways superficial bursts of regular writing, but if I consider the cumulative weight of these years of posts, perhaps this is a larger project than I’m willing to admit, a long-unfolding narrative venture, a different version of storytelling. But it will never be a book. It will never be compressed, distilled. It isn’t meant for that.

Do I get to choose what kind of writer I’ll be?

Do I get to choose what kind of person I’ll be?

I’ve been wondering, too, as I think about teaching. Teaching is hard for me. I doubt myself. I doubt the worth and value of what I can offer to the students. I doubt, too, that anyone can teach anyone else how to be a writer. But the strange thing is that all of my doubt doesn’t seem to matter. All term, I came to class hoping to create a respectful and maybe even reverent space where our minds would be free to focus and write, and every week, we wrote. (I wrote, too). I think it worked. I decided that my job wasn’t to teach anyone else how to be a writer, my job was to make it possible to write. To tune out distraction, to turn off cellphones and computers, to tunnel into our minds, to focus as deeply as was possible in a concrete-walled box of a windowless classroom.

What I’m saying is that I never felt called to be a teacher. But I think, maybe, it’s called me. Like blogging called.

What I’m saying, too, is that I’ve been mistaken, I think. I’ve assumed that a calling should be big, exciting, life-changing, world-changing. But no. A calling can be private, small, unseen by almost all. It doesn’t matter what I’m remembered for: more to the point, I don’t get to choose. I don’t know what matters, honestly. But I think it might not be what I imagined in advance would matter.

PS We did our second Christmas Cookie Sunday (aka #CCS) this past weekend, but the cookies were not successful-enough to photograph or post the recipe. This happens. We’ll try again next week.

Dear Tooth Fairy, I lost my tooth
How to write good*