In which I go just a little bit political, people 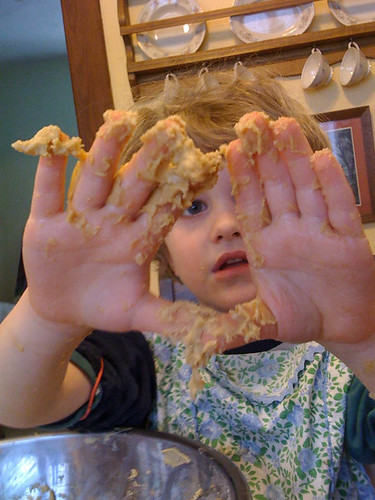 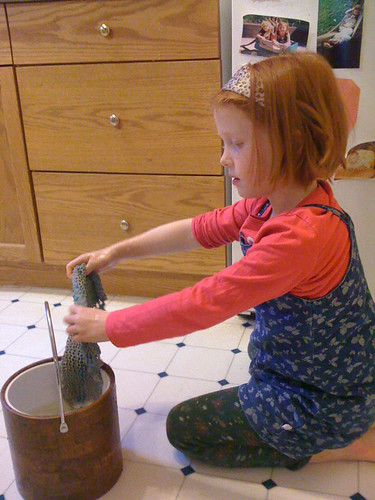 It’s International Women’s Day. As a long-term forever feminist, I appreciate there being a day to shine light on the distressing and mind-boggling inequities suffered by girls and women world-wide. But I noticed a curious tone to some of the posts coming through on my Facebook feed on the subject: irony, impatience, humor mingled with rage. Oh, a whole day for women? How can we thank you enough? (As an aside, I was also intrigued by a post on a cookbook devoted to vulva-shaped cakes.)

I don’t know if it’s something in the air, but I’m feeling a bit impatient too.
What’s so radical about the idea of men looking after their children with the same intensity and care and aptitude that women do? None of us know what the hell we’re doing when we start off parenting and I refuse to believe I’m somehow instinctively better at it than my husband. Just like I refuse to believe that I’m better at housework. Hey, we can all learn how to clean a toilet. Just like I refuse to believe that it might be damaging to claim for myself the words “competitive,” “driven,” “confident,” and “leader” (because it’s unwomanly? it wouldn’t look good? because I shouldn’t naturally feel or be those things?). Just like I refuse to believe that it might be damaging for my husband to claim for himself the words “nurturing,” “collaborative,” “gentle.” Those words aren’t in conflict with each other; we could both claim them all, and wouldn’t that be fabulous!
Finally, I’ve observed that neither my husband nor I is necessarily better at being the stay-at-home parent than the go-to-work parent. The stay-at-home parent is inevitably more harried and flustered and irritable by the end of the day when compared to the parent who has been out of the house. So it’s nice to mix it up and share. We’re all happier.
Our most contented days combine elements of just about everything. Alone time. Parenting time. Play time. Work time. A bit of cooking, but not all of it. A bit of dish washing, but not all of it. You know?
My greatest goal, in our family’s life, is to share everything and get along.
Maybe that’s what is grating on me when I think about the concept of International Women’s Day. A day where women are told we’re different. We’re singled out into a category that is, still, somehow, seen as inferior, or whose inferior status must be overcome. We’re a plight. We’re a cause. We’re not like men.
None of us should carry a heavier burden, in any one area, merely because she is female, or because he is male. Are we different? Sure, we’re different. But we’re not that damn different, people. We’re just not.
Take care, make way, stand still
The peace of dogs