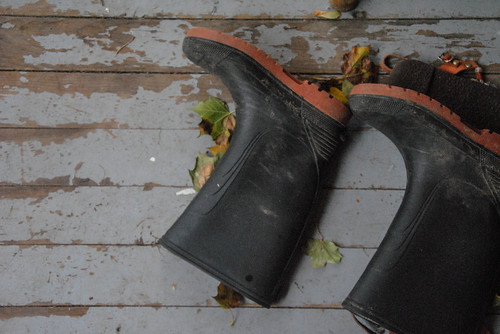 On Saturday, the Wild Writers Festival launched here in Waterloo. I’ve now been to a few festivals across this country, and each has its own unique personality and flavour. The Wild Writers ran as smoothly as if it had been chugging along for years. It was the most academic, I think, with master class sessions for writers and those interested in becoming writers, as well as panels and readings, but it was not stuffy. It was comfortable. The Balsillie Institute is full of light. It’s a beautiful building, and I’m lucky enough to live about three minutes away, which really cut down on travel expenses.

I didn’t take my camera, however. And this post will suffer for that lack. I’ve got these striking scenes in my head that I can’t show you at a glance. Instead, I offer you random nature photos from my backyard. 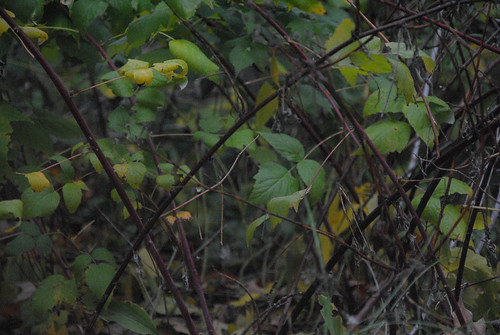 I started the morning being interviewed along with Alison Pick (Far to Go) and Miranda Hill (Sleeping Funny), right there in the light-filled lobby, by Dan Evans who has a show called Books for Breakfast on a local radion station called CFRU. I can’t find the Saturday show archived on the website, but it was live to air, although it didn’t feel like that. It felt like we were having a chat with Dan, who hosts an effortless-feeling interview. I know he’s a bookseller (The Bookshelf in Guelph), but someone should poach him for the CBC. Seriously.

After that, I sat in on Kerry Clare’s blogging workshop (she blogged about it too!). I took notes. Put me at a desk in a room with a lectern and I just can’t help myself. I flash back to the happy student days; plus jotting notes helps me think through what’s being said. I don’t listen well unless I’m busy with something else.

Sometimes people write and ask me for advice about starting a blog, but I’ve never analyzed why my blog works (and by “works,” I simply mean why I keep doing it, and regularly). The only piece of advice I generally offer is: know your boundaries — how comfortable are you with scrutiny, and do you know where your own personal line is between private and public? No one else can tell you that, and it’s different for everyone. But I connected with many of Kerry’s very practical points, number one being: Blog like nobody’s reading. I blog for the pure joy of writing. I blog to make sense of my life, and to record its passing moments. And although I didn’t set out with this purpose, I’ve found community and real life connections through my blog. 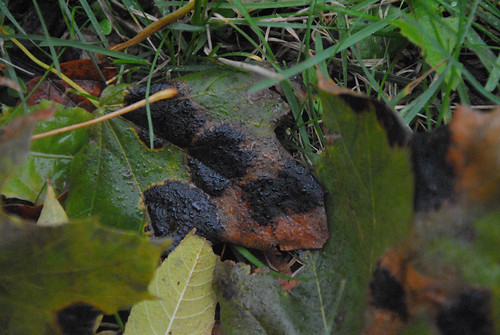 I jotted down notes later in the day, too, at the men’s “wild writers panel.” Alexander MacLeod said that reading a short story is harder work than reading a novel because the reader can’t be passive. The story has to resonate. It begins doing its work when it’s done. It has to create resonances within the reader, so that the end of the story becomes its beginning.

I did rather want to stand up and shout YES!, but it wasn’t quite the atmosphere for gospel-style responses.

That essentially sums up why I wrote The Juliet Stories as stories rather than chapters. Although I do apologize to my agent and to everyone trying to sell the foreign rights to the damn thing, because the plain truth is that stories don’t sell (it would be nice if we could prove that truism wrong). Next book I’ll write chapters as stories, but I won’t tell anyone, and maybe everyone will just assume it’s a novel. Sneaky. Don’t tell, okay. This is just between you and me.

I haven’t said a word, yet, about my panel, all women, all deemed wild writers; but maybe that’s because I wasn’t taking notes and don’t feel qualified to comment. All I’ll say is that I expected it to be fun and engaging, and it really was. Thank you, Kerry-Lee Powell, Miranda Hill, Alison Pick, and our very fine moderator Amanda Jernigan. 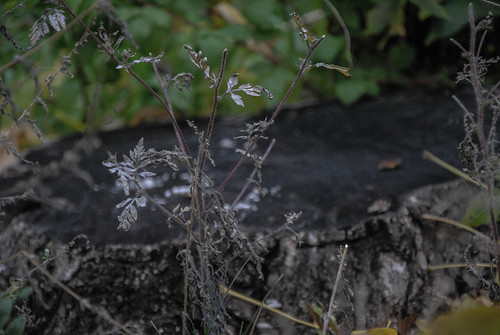 I baked bread this weekend.

I managed a frantic speed clean of our neglected chaotic house on Friday after school.

And I stunk it up on the indoor soccer field yesterday afternoon, where my team was schooled (or owned, as Albus put it — he was the only unfortunate family member who came along to watch) by a team of very young women with superior foot skills, who usually play a few divisions above us. Thankfully we won’t meet them again this season. With all the sprinting and turning and stopping and starting, I didn’t even feel fit! (The scotch I had imbibed the previous night was not helping.)

Meanwhile, on another indoor field in Mississaugua, my eldest girl was having quite the opposite experience, for which I’m truly grateful. Someone in the family needed to be earning the soccer honour, and it wasn’t going to be me.