A series of entertaining digressions 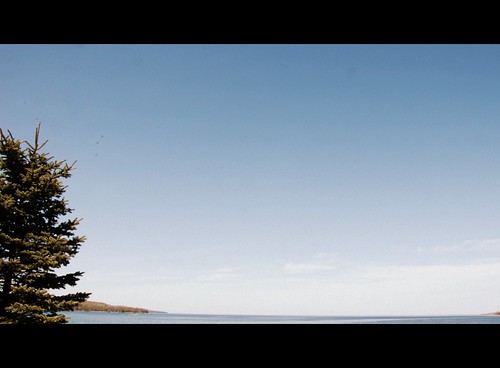 this photo is unrelated to this post’s content; but I digress

Last night, I was invited to read at The Bookshelf in Guelph, which is not far from where I live. It also happens to be the city where my husband and I bought our first house. (I always drive by and peek at it; yesterday, I thought that it looked like it had been sold again; it was a smallish house, a “starter” home, on a fairly busy street.) Our first two children were born in that house. And I spent many an early morning at The Bookshelf with my eldest. He was an early riser (and I was not). Mid-morning was a foggy slog, for me. It helped to put him in the stroller and walk somewhere. It helped, also, to have a destination. So we often walked to The Bookshelf, which was open early. We would sit in the children’s section and read. Our home library is stocked with many board books that came from The Bookshelf.

But I digress. It’s what I do.

I was invited to read with Andrew Hood, whom I’d never met. Originally from Guelph, he now lives in Halifax, and he’s launching his second collection of stories, The Cloaca, with a tour. Catch him tonight in Toronto at the Gladstone. I read first, and then sat back and enjoyed Andrew’s performance of his work. Let’s just say I laughed a lot. He has a talent for dark humour. We shared the stage for a Q&A.

Toward the end of the Q&A, a question came from a young man in the audience — a Nicaraguan doing graduate work at the university. I’ll admit that when he introduced himself I felt a twinge of fear; if I worried about anything during the writing of the book, it was whether I could accurately capture a country not my own. (Okay, I might have worried about a few other things too; but that was top of the list.) But what he wanted to say was that he felt there was another character in my book: the character of Nicaragua. And he wanted to know how I had gotten Nicaragua so right. At which point I started breathing again. I didn’t have a terribly deep answer for him, but I think he’s right, the place is a character too, and if I got it right it’s because I wrote about it the same way I write about all my characters: with great affection. Maybe too much. I really love my characters. I know they’re flawed, but I love them anyway — or, not even anyway — I love them because of their flaws. And so I love Nicaragua for its noise and its smells and its danger and its wild beauty. I mentioned how loud Nicaragua is, and he said that when he first moved to Canada, he thought Canadian cars must not have horns. That’s how quiet we are here, by comparison.

We subscribe to The Walrus, and yesterday the June edition arrived. In it is a really fine review of The Juliet Stories. I can’t link to it, because it doesn’t appear to be online, but here’s a taste: “Snyder’s new book is the rare successful execution [of a novel in stories], a stream of sensual imagery that grows more sophisticated with each page.” Isn’t that lovely? Just as lovely is the reviewer’s excellent summary of the book: “The Juliet Stories highlights the lessons we learn in youth and with age, and the conflict between the freedom we value and the security we desperately need.” Love that.

Sitting on my desk right now (atop a pile of possibly important papers) is a registration form for a senior recreational women’s soccer team. I’m thinking of joining! Agh! That would mean five out of six of us would be playing registered soccer this summer (CJ will join in on practices, since Kevin is coaching two of the kids’ teams). It would also put us at soccer fields six out of seven days a week, sometimes at multiple fields on the same day. Is this too crazy? The funny thing is, the kids are totally excited. They want to see me play. I’m still wavering, wondering whether it’s too much. Also wondering whether I’ll totally suck. I haven’t played soccer since the age of TEN. That’s a mere twenty-seven years ago.

Wait, I have a final digression. It’s short.

Just discovered this amazing new Canadian magazine called Eighteen Bridges. It’s got excellent writers, long-form journalism, quirky and interesting subject matter, and I’ll give you a link to an article that shows what I mean. Jessica Johnson (an old friend from my National Post days) writing about, ahem, waxing. Girls, you know what I’m talking about. Or maybe you don’t. I personally lack any experience with it, and it was comforting to read about another woman in the same position. Um. Okay, it’s impossible to write about this without sounding all wink-wink. Forget what I’m saying; read Jessica’s piece instead.

And on that note …

Join the running club
Say it simple, say it best