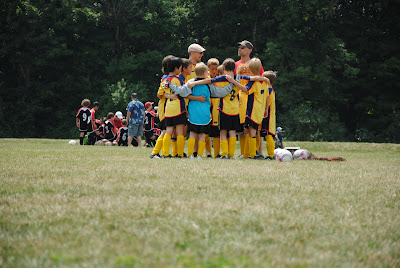 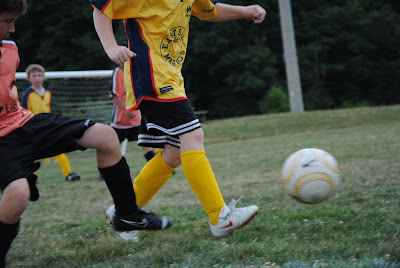 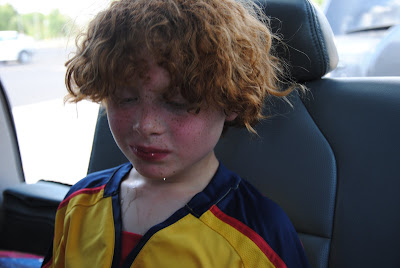 Soccer has always been important to Kevin, but over the past number of years it’s also become increasingly important to other family members, too. For five years, Kevin coached a group of neighbourhood kids in the park, once a week, spring and summer, weather permitting. Then, last year, a change: the big kids decided to play house league soccer, too; Kevin continued to coach soccer in the park, but the little kids showed minimal interest in participating (which was one of the reasons we’d decided to continue). So, soccer in the park came to its natural end.

Only to be replaced by soccer year-round, apparently.

In the fall, both big kids did soccer skills once a week, and Kevin played on his indoor team. In the winter, AppleApple also went to a goalie skills camp once a week; she hoped to make the U9 rep team as a goalie, which she did, this spring, and that’s when her thrice-weekly practices began. Kevin signed on to coach Albus’s house league team. And the weeks of non-stop soccer continued: often, we’d have only one soccer-free evening.

On Saturday, under a withering sun, Kevin and Albus’s shared season ended, with some disappointment; due to a wet spring, they’d really just started going full tilt. But don’t worry, there’s still plenty of soccer to be had … and imagine our scheduling acrobatics as the little kids show increasing interest in the sport.

*I’m even considering joining a co-ed team with Kevin this winter to get in on the action.*