This past week’s lack of posts does not indicate a lack of activity, but the opposite: too much on the go, and no time to sit and create captions for photos. Or, in many cases, even to take photos.
So, here, instead, are sketches of all the blogs I meant to write. 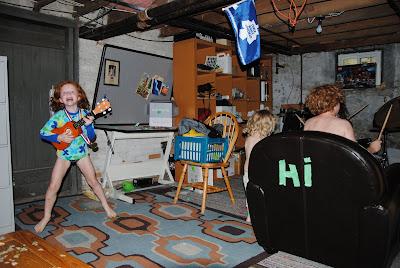 The children migrating to the basement blog
This week it got hot. We chose not to run our air conditioning, which requires shutting up the house. Instead, we toughed it out (still toughing it out, in fact; still hot). On the hottest day (37 degrees C), which was Thursday, it was also oppressively humid. That night, the kids slept in the basement. They’d been migrating there all week anyway, seeking the coolest space in the house. One morning, before swim lessons, they made a band (Fooey, who is really and truly a loud child, did an excellent impression of a punk rock singer; the song went “Ya, ya, ya, I love penguins …”). And I thought to myself: man, I love these kids. (Tiny related observation that could have been its own blog: how awesome to have older kids organizing the younger ones into activities like making a band and putting on plays, which they also did this week; I spent a lot of time on musical marches around the house and homemade plays when the older kids were little; how awesome to see that investment paying off). 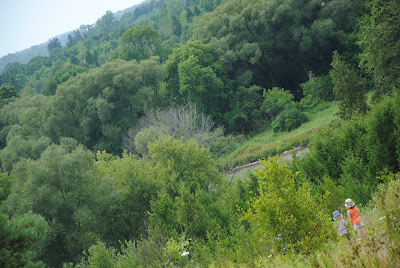 The choosing the activities I really like to do blog
(No, the photo is not related.) For two weeks, we’re doing a summer activity I really look forward to: every morning, we bike to an outdoor pool a couple of kms away, the kids have swim lessons, and due to fortuitous scheduling I get a half-hour lane swim, too. Then we shower, snack, and bike home again. Sometimes we stop along the way at the library or grocery store. It’s been hot. I realize this activity, with four children in tow, might sound positively torturous to some; but I really love it. The rhythm is relaxed. We’re getting good exercise together. It’s a mini-adventure, but its daily repetition requires of me little thought or extra planning. 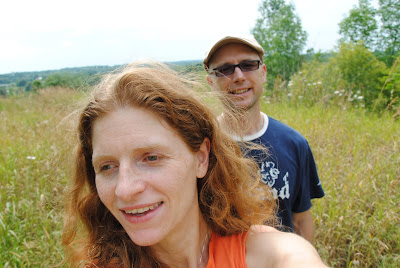 The day of crazy chapters blog
Some days are mere phrases, a sentence at most; some have chapters. Friday had chapters. Chapter one was not good: worn out from a week with the children, breakfast damn near did me in. The complaints. The whining. The stream of criticism. I’m talking about you, offspring. Nevertheless, I chose not to quit my job (ie. of mother). Chapter two: We biked to the pool. We swam. We snacked. We biked home. We lunched. Chapter three: I gathered props and drove to a photo shoot (Kev spelled me off). Yes, you read that right. A photo shoot. I’ll explain later. Chapter four: Home again to pick up local food order from Bailey’s, with three-year-old in tow. Unpacked food. Made supper. Welcomed babysitter. Added necklace to my outfit. Chapter five: Drove away with Kevin to Hillside Festival. Just the two of us. Blissful outdoor evening of dancing, eating delicious food without interruption, drinking beer, washed in music. 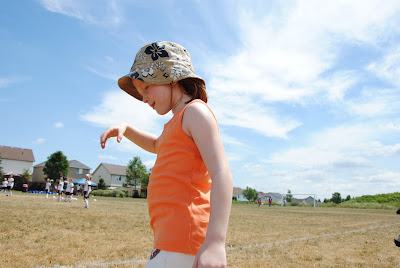 The comparison between evenings blog
A little too blissful: Friday evening. Because Saturday, oh Saturday … soccer game in Orangeville, driving in the heat, sitting on the sidelines in the heat, wrangling offspring in the heat, endless trips to porta-potties, ditches, community centre bathrooms in the heat … and then, finally, supper, back home, prepared with care: freshly made gazpacho, steak sandwiches, grilled zucchini and cauliflower, completely rejected by two out of four children. More whining: “I want pearsauce! I want pearsauce! I want pearsauce!” More demands: “Why aren’t you getting my water that I asked for when I asked for it!” More dirty dishes. Kevin and I looking at each other across the table, wishing we were back at Hillside. Just the two of us. 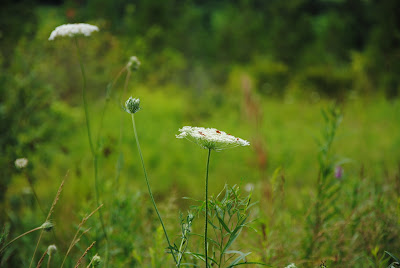 The Mary Oliver blog
All week I’ve been reading a collection of essays, prose poems, and poems by Mary Oliver, called Winter Hours. Enticing title in this heat. There’s a longer blog here on the subject of poetry — writing it and reading it — but I haven’t got the mental space to pull it all together. This is a book I will read again. Every evening, before sleep, it’s been like cool water pouring over me. There is a chapter on her poem The Swan in which she effortlessly tells me everything I’d need to know to write and read poetry with more depth and insight. Count me a convert.