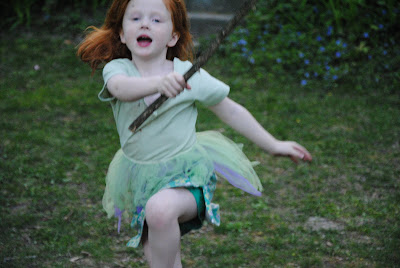 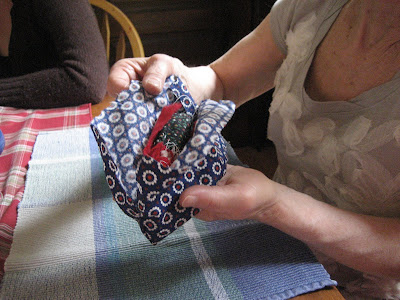 A new Monday, a new routine. I got up early and went to a yoga class, and was home in time to pluck CJ out of his crib. Which was fortunate timing because he’d just started to howl (and to refuse everyone else’s offer of help) upon being informed by a friendly sister that I was at “hot yoga.”

“Mama, no go a hot yoga!” he yelled at me.
“I’m already back!” I said, not quite believing it myself. Starting today, I shall attempt for two weeks to get up early. Two weeks seems a reasonably ambitious goal for a woman who has been a night owl for the better part of two decades. Even infants and toddlers could not make me like getting up early (though I did what I had to do). Maybe getting up early without infants and toddlers will do the trick.
:::
The oven was on all weekend. Four loaves of ordinary sandwich bread thrown together on Saturday; plus one secret chocolate cake for my mom’s birthday party yesterday (using up the last of the beets, which imparted to the cake a rootier flavour than usual; not actually that sad to see the last of them after a winter of seasonal eating). Sunday, I whipped up four quiches (with spring asparagus and spinach!) for the birthday lunch; and in a late afternoon session, made granola, then chocolate chip cookie bars. My weekend discovery: baking and cooking have become second nature, and no longer require the thinking and planning they once did. I bake bread like I’m reciting the times tables. I peel potatoes and measure spices and gauge what’s lacking in the soup instinctively, which allows me to do it even when I’m exhausted, or less than inspired, or distracted, or engrossed in a radio show. Thank goodness for the radio. CBC radio one, to be specific. My beloved kitchen companion.
:::
A new week, new routine. CJ will attend an extra morning at nursery school. Our new babysitter will fetch the kids from school on Friday afternoons. I will yoga in the early morning. And soccer will dominate our evenings, and Saturday mornings. I am brainstorming picnic food, consume-in-transit food, make-in-advance food. Tonight’s menu: Wendy’s BIG pasta salad; and roll-up sandwiches on tortillas which the kids will customize to their liking, and bring along to AppleApple’s first soccer practice. (Planned toppings: egg salad, tuna salad, spinach, cheese, peppers and cukes).
:::
One last tidbit: Soccer in the park started on Saturday, and despite the rain–and, worse, the ominous rumblings of thunder in the distance–we had a good turn-out, and a great practice and game. Most fun–and unexpected–was seeing Fooey participate, fling herself into the gang, elbow her way out of a crowd, and kick the ball all the way down the field to the net. Next up, sending CJ out on the field, too. Hey, he’s got a good solid boot on him.
:::
P.S. Photos added after text. The first was taken in our backyard, which is beyond paradise right now. This is its peak flowering season. Be alert for fairies. The second photo is from the party, taken by AppleApple (she took a ton of photos, and many of them were strikingly composed). This is her gift for her grandma: a doll that she sewed herself, inside a bag that she also sewed herself. These projects are entirely of her doing, from inspiration to completion. I don’t even help her thread the needle.
Different
Today