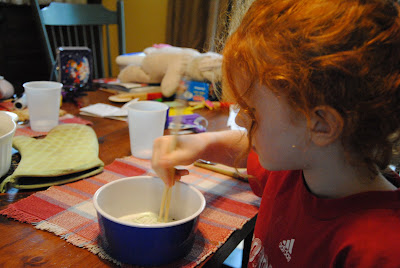 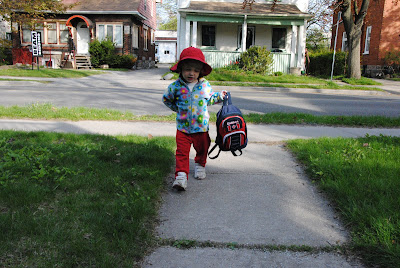 Maybe you’ll eat ice cream with chopsticks (as per AppleApple, above, at last night’s family meeting; yesterday, they learned about China, and the three children in her class who came from China taught everyone how to eat with chopsticks).
The Hole
New Routine