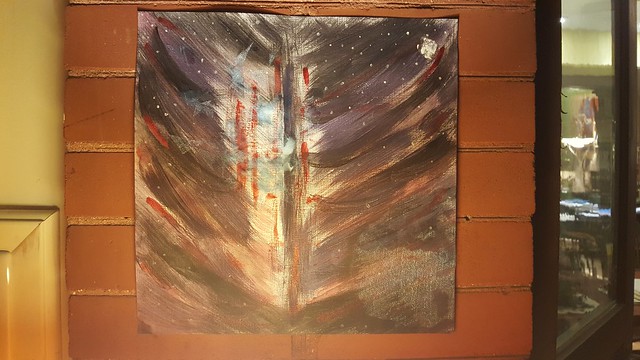 I’m not quite sure how to write about this. I’m not quite sure I should write about it, even though I’ve actually already written about it, in fact, in pen on damp paper clipped onto a clipboard, provided for me by a police officer. This morning, I gave a witness statement in response to an incident in my neighbourhood in which I became involved by happenstance, but also, I think, by choice.

The happenstance was simply that an incident was occurring at an intersection toward which I happened to be walking, this morning. The choice was to stop, to take time to observe and try to assess what was happening and how I could best engage to prevent escalation and harm. I couldn’t interpret what I was seeing, immediately, but I heard angry shouts; I saw three people, somewhat disconnected from each other, who seemed involved in a charged emotional situation; and I saw at least a dozen kids walking in groups to school. I wanted the kids to be able to pass by the situation without being affected, without being scared or harmed in some way. That was my primary motivation for staying on the scene.

It took a little while for the situation to resolve into any kind of clarity — for me to understand what had happened and what was at stake. I won’t go into detail. An incident had occurred, which had been triggering, and as one of the people involved came toward me, there was a loud verbal confrontation that I feared could become physically violent. That was when I stepped toward the person who was being accused of something, though I didn’t know exactly what at that time, and I said that I would walk along with him. I can’t say it was a decision that was well-received by everyone involved, but I did it anyway and I stuck it out.

My gut said that just being present, just walking with this person, would change the charged emotional noise all around us, and it did, at least enough, I think. Two children were walking toward us on the sidewalk. I told the person I was walking with that I wanted these kids to be safe. He said he understood. I asked him whether he understood that the police had been called, and he said yes. I asked him whether he intended to try to run away, and he said no. I tried to make sure we weren’t walking too quickly. I kept telling the man that I was going to stay with him. I made eye contact. I asked him ordinary questions. Where he lived, what work he did.

When the police arrived, three of us stayed on the scene to give witness statements. I did not need to give a victim statement, because I was not a victim. But there was a victim, at least one, possibly more. The man was moved into the back of the police vehicle. We stood in the drizzle and the cold for nearly an hour, while a police officer took our statements. I’d never been through the process before. Rose was frigid and shaking, barking and pulling on her leash, making it difficult to write down what I’d seen. 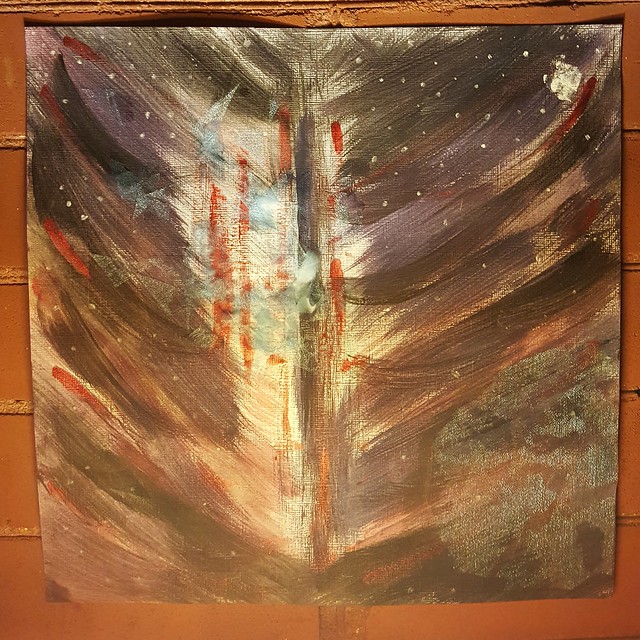 Ultimately, I found myself home again, then driving to Herrles to pick up pumpkins, as I’d promised my youngest I would do this morning. I found myself crying in the car. I was crying for the victim. I was crying for the bystander who was triggered and traumatized by what he’d heard. I was crying for the man who’d decided to do something that could potentially hurt so many others when he came into our neighbourhood this morning, instead of going to work. When I asked him if he had someone to call after this was over, a friend, family, was there anyone he could think of, he said no, he didn’t think so. He was crouched down at that point, and I can see his hand outstretched on the sidewalk, one finger drawing imaginary lines on the wet concrete.

I’ve been teetering atop my emotions all afternoon, feeling more than thinking about the fragility of human beings, about the ways we hurt each other, about how we pretend we’re ok till it’s obvious we’re not. I noticed that each of us who gave witness statements said that we wouldn’t need the assistance of victim services. Afterward, driving, I wondered at that impulse to say, hey, no thanks, this is nothing, I’ve seen this before, I’m not affected. But that can’t be true. I think we all were, because we all are, affected by what we see, experience, do and don’t do, and how we interact with the unexpected that comes toward us.

I’m sitting here thinking about how difficult it is for me to assess the unknown, to pass judgment, to decide who deserves what, to see the world as binary, and the humans in it in absolute terms. I can’t. Fundamentally, I don’t seem equipped to do that. I seem equipped, instead, to want to consider conflict, to understand it, maybe even to engage with it, to try to find a way to drain it of its emotional weather. To de-escalate. To bring everything back down to the ground. Where we’re all just humans and we’re all hurting, to different degrees. And some of us need to be stopped from hurting others. And we’re all holding stones. I want us to set down our stones.

I want for everything to make sense; but it doesn’t.