I keep sitting down to write 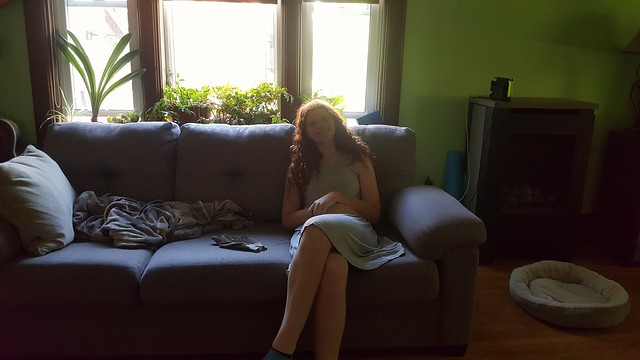 I’ve been sitting down to write this blog post for a few days, but it keeps changing on me. Circumstances keep changing. Time keeps moving and things keep happening, and I can’t decide what, exactly, I want to say. I even wondered, last night, whether maybe it was time to stop publishing random inner thoughts on a whim, sending them into the universe without taking time to reflect on why I’ve wanted to share what little I know (or think I know). But here I sit again, typing words into a blank rectangular space.

I write in other places too. I write in my notebook, in pen, words few people could decipher even if they tried. I like not knowing what will come of that material; I like knowing it’s likely nothing will come of it, and it will just exist as a muddy river of unfiltered thought.

I also write stories, using Scrivener or Word, and that always feels like I’m doing something different, too, than what I do here, on this blog. There, I have time, I take time, sometimes years, going over and over the lines of neatly spaced words. I polish. I revisit. I consider. I restructure. It’s satisfying, and while I do write these stories knowing they could be published, someday, the outcome is difficult to guess and in some ways doesn’t matter. I have to work them over till I feel done with them, or they’re done with me.

This blog is a different space. Immediate. Gratifying. Immediately gratifying. When I skim through the years’ worth of postings (nearly 11 years, now), it’s like looking through a scrapbook. Quite pleasant, though I don’t do it often. It can feel like I’m looking at a stranger’s life, in some ways. I’ve been and done many things in the past 11 years, I’ve had my enthusiasms, responsibilities, interests, routines. I’ve been knocked off the path by fortune and misfortune. As ever, I don’t know what happens next, exactly, but I trust that more change will come, and I’ll be pulled onward, to new (or seemingly new) revelations, interests, insights, and errors. There will always be something to write about, in one medium or another.

I had an experience on Friday night that disturbed me; I can’t think what to do about it, so I’m writing about it here. On Friday afternoon, I went to Stratford with my sixteen-year-old daughter, who is off to camp this weekend for a month; we saw Billy Eliot, a musical that confronts ideas about masculinity, among other subjects. That same evening, Kevin and I went and saw Booksmart, a movie about best friends graduating from high school, that was also endearingly, hearteningly queer-positive without making a big deal of it. I could think and imagine that the world was becoming (had become) a better place, a safer place. And then, almost as soon as we’d left the movie theatre, Kevin and I found ourselves in between two groups of young people who were shouting at each other. Actually, it was really only one young man who was doing most of the shouting, and what he was shouting was disturbing, bigoted, violent. He was with a group of other young men, and while I don’t think they participated, they also didn’t intervene. They all looked the same to me: white, early twenties, athletic, clean-cut. The angry guy was shouting past us, at a teenager in a red sweater who was standing some distance away with two friends, a young woman and a young man. It ws the boy in the sweater who was the target of the other man’s rage.

I don’t want to repeat the language used. It was derogatory and homophobic. And finally, the kid in the sweater, whose body language said that he was tired of this, weary, not quite resigned, shouted something back. And then the other guy really cut loose. One of the things he shouted at that point was “you little bitch.” I turned around when he said that, because I wanted to shame him, because I wanted him to know that people were paying attention, and the angry guy said, “Ha ha, not you, you’re fine, I was talking to that other bitch, the one in the red sweater.” And then he started shouting again, possibly because I lifted my middle finger to him (not my finest moment), although it’s equally possible he didn’t even notice the gesture, and was still shouting at the kid. Kevin and I kept walking, and the group of young men kept walking too, in the opposite direction, and I thought it would be okay now, probably, the shouting was over. We passed the boy in the red sweater with his friends, and I wanted to stop and say something, but I couldn’t think what. They seemed to be trying to put the scene behind them and decide where to go to get a drink.

I said to Kevin, “This is the world our kids will have to live in.”

And he said, “They’re already living in it. 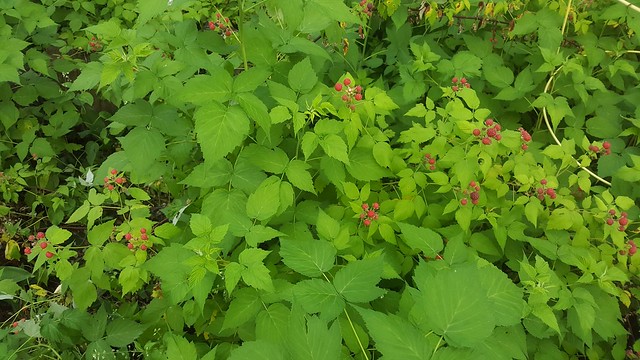 I’ve spent the weekend reading John Boyne’s The Heart’s Invisible Furies, which follows the life of an Irish man from birth till death; it’s also the history of gay rights in Ireland, from the time of the protagonist’s birth when men could be arrested for being in a homosexual relationship (or beaten up, murdered, blackmailed or banished), to the referendum that legalized gay marriage in 2015. The trajectory is optimistic (which isn’t giving too much away — you should read it), but having witnessed what could only be called a disturbing scene of homophobic rage on the sidewalk on Friday night, when I got to the novel’s happy ending this morning, I felt my heart sink rather than rise.

Things are better. And things are still frighteningly not better.

And I don’t know what to do about it. Life asks us to be the best we can be under the circumstances. To use what talents we’ve got. To be true to ourselves. I believe that, just as I believe that every human being deserves dignity. That dignity is always worth fighting for. But the obstacles are enormous, and when you get right down to it, the horror of it is that the obstacles are almost all human-made. I can’t possibly list all the indignities humans are forced to endure, all the ways humans prevent other humans from being free, but it’s everywhere I turn, especially when I turn on the news.

Tap, tap, tap. I’ve typed for too long, and come up with too little. But I guess I haven’t yet given up on pressing publish, even when I don’t quite know what I’m trying to say.

Summer feeling
Where do you flourish?