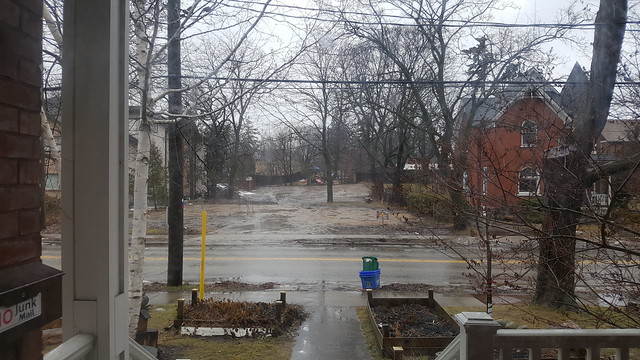 Earlier today I was writing, but then I had to stop writing because it was time to make a salad dressing, eat supper with my family, and clean up after supper. I was in a difficult part of the book, really struggling with it, and now I’m sitting down hours later, wondering how to find my way back in to that difficult spot? I feel a dull anger, but I don’t think it’s really to do with the interruption of thought, I suspect it’s a deeper frustration with my own inabilities to solve the problems in this book, which I fear I may not be clever enough or determined enough to do. The problem is that there is no big aha moment at the end of the book. There is no big reveal. No twist. The evil character remains evil. That’s another problem. The evil character is not an appealing and charismatic anti-hero who was once good and has fallen out of goodness, nor is he a polarizing or morally dubious character; no. All of his instincts and actions are reprehensible. Perhaps this points to a flaw in my imagination. I just can’t find his goodness, except possibly when he was a child. At the end of the book, has he changed? What’s revealed about him, ultimately?

And then a few hours go by, and I’ve written a new ending that feels right, somehow, and the candle on my desk hasn’t burned out once this whole time. And now it’s bedtime. It’s getting late. I have a cartoon to finish and exercise early in the morning. It’s funny, and also comforting, to read what I wrote earlier in the evening. What I’ll probably remember about today is not the irritation or the frustration, which turned out to be momentary, fleeting, but the feeling of wholeness that arrived at the end of it all.

You have to withstand discomfort to make anything.