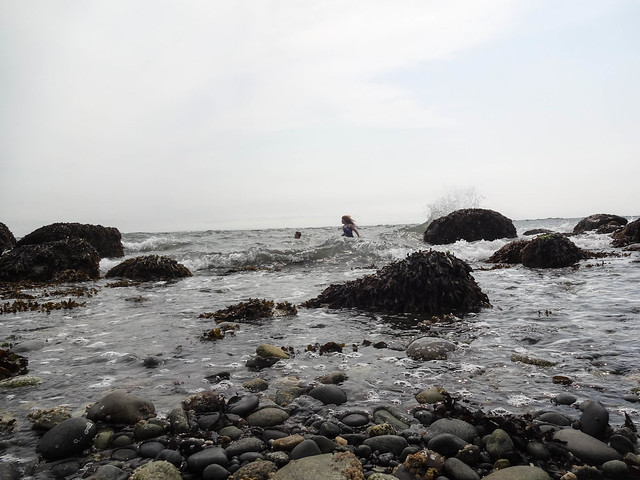 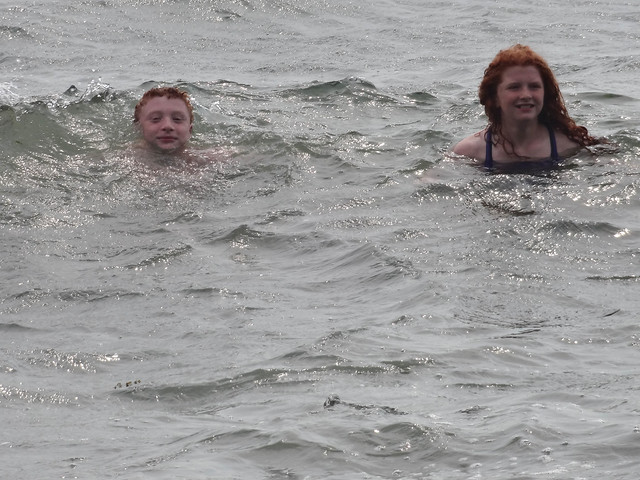 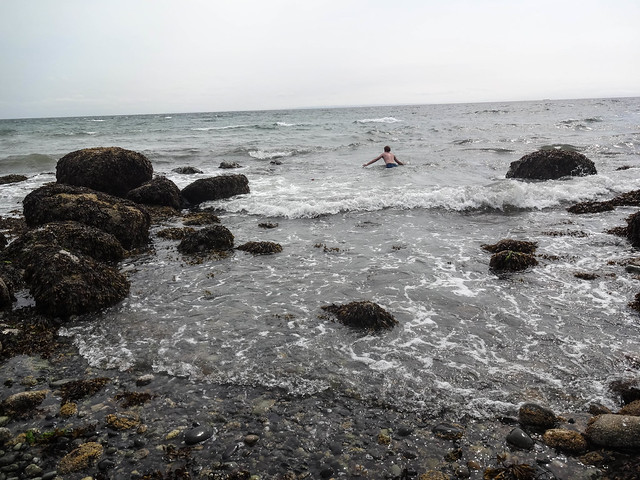 One of the best things about our family holiday was seeing the kids settle in and really enjoy each other’s company. I still can’t believe how easy it all felt, to travel so far and make collective decisions, with late bedtimes and no set routine to guide us. 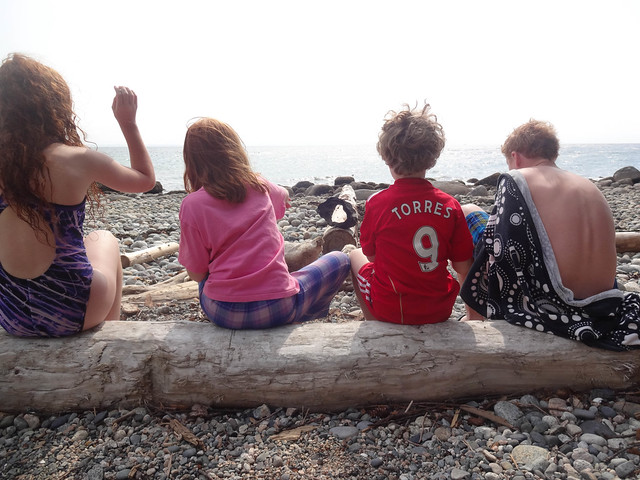 In truth, we’re not the world’s most adventurous family, and nobody was disappointed if a day consisted of a little walking, a little swimming, and a made-up game, like the above, where we attempted to throw pebbles through this perfectly shaped hollow log. Points for multiple consecutive through-stones. 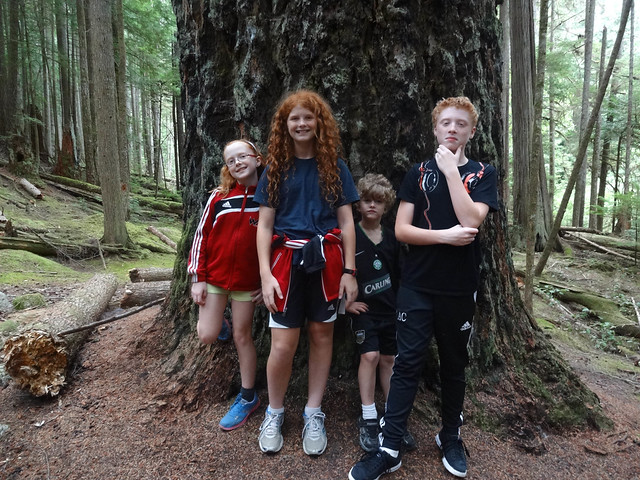 This was perhaps the most adventurous outing we attempted: we followed a map drawn by our host to a nearby logging road and hiked a trail in search on a large and ancient tree. And we found it! The kids agreed to pose while I tried to take the perfect family photo. And tried. And tried. 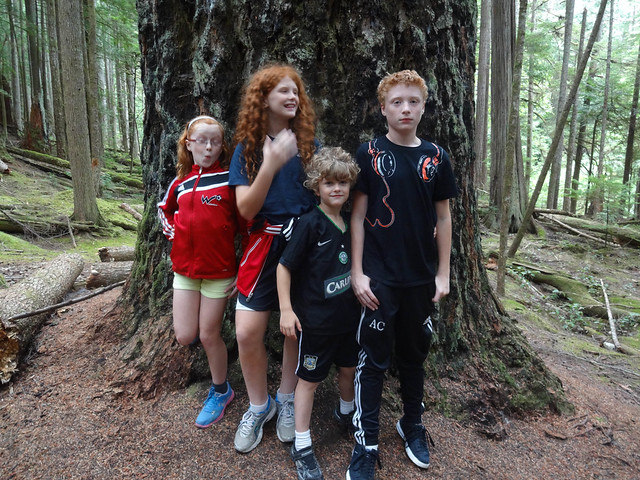 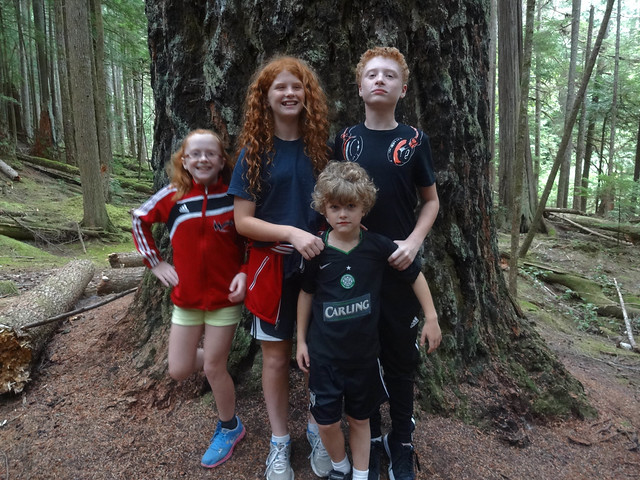 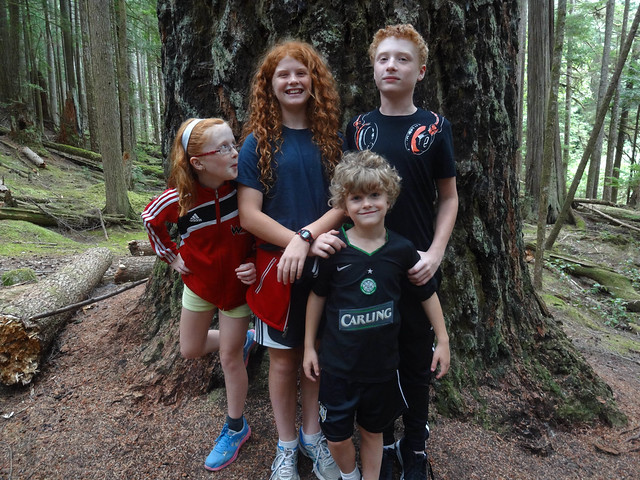 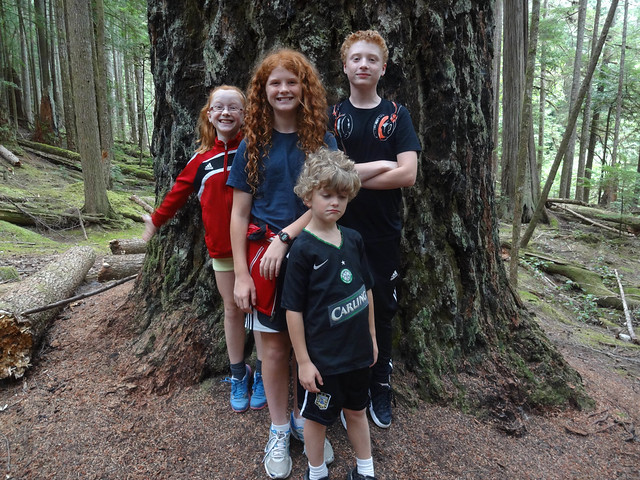 And gave up, eventually. Too much personality on display, and who would want it otherwise? The forest was eerily empty of any sign of animals (neither cougars, nor bears, nor even squirrels could be seen). But as we were leaving, this marvellous slug was spotted on the path. Everything’s bigger on the West Coast, it seems, even the slugs. 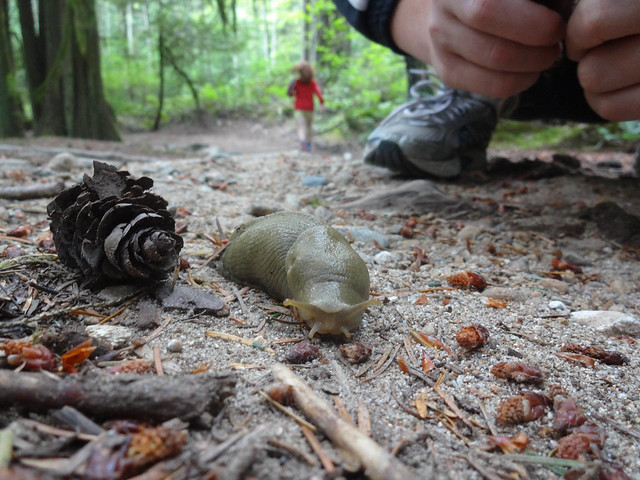 Selfies with children on the Sunshine Coast
The gift of rest