Day before birthday (big one) 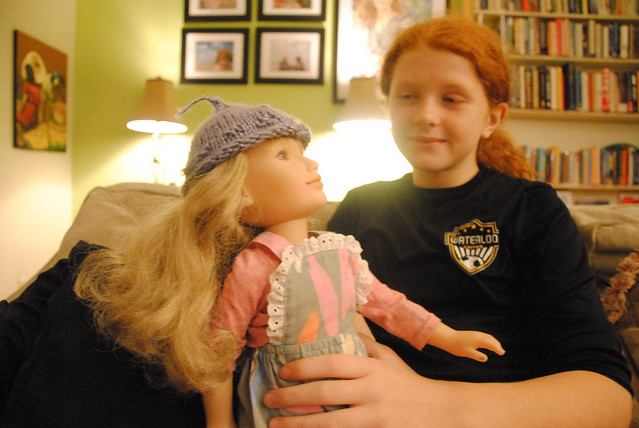 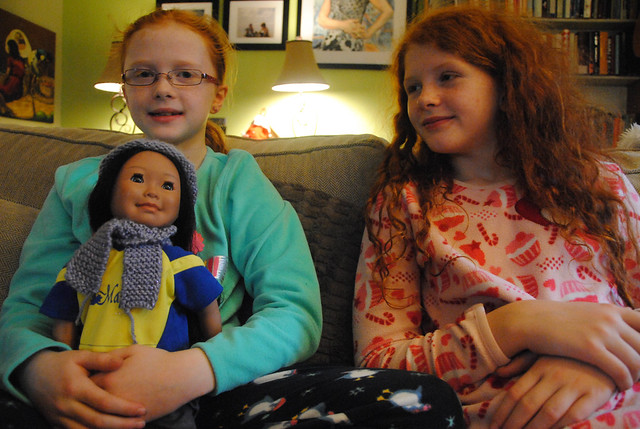 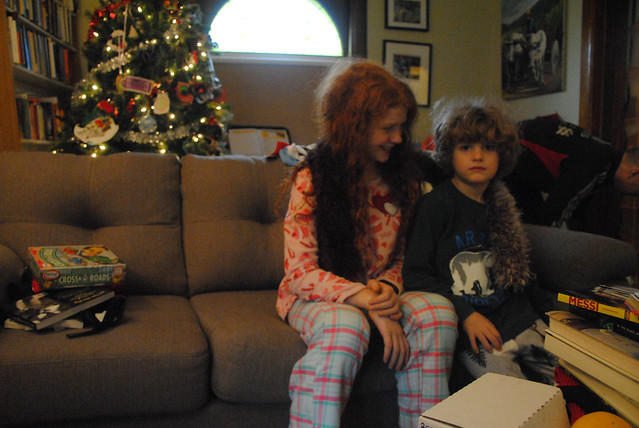 Tis the season to fall out of routine and into sloth, indulgence, mirth, and despair, seemingly overnight. The highs are high and the lows are low. I did not follow my own advice from holidays past, and suffered as a result. Eating, drinking, socializing, lying around in pajamas. It sounds so peaceful, so relaxing. And then the house is a disaster, and somehow I, too, am a disaster: pimpled, lank-haired, moody, tired yet restless. (Basically I turn into a teenager again, albeit a teenager capable of cooking up a turkey dinner for twelve.)

This morning I got up earlyish and met a friend for a walk/bitch session, then went to a yoga class, and therefore all is rosy again.

I can even face, with some measure of equanimity, the fact that today is my last day in my fourth decade of life. Which is a fancy way of saying that I turn forty tomorrow. I don’t feel old enough to be turning forty, but the calendar disagrees. When I turned thirty, I didn’t mind it at all. I was preoccupied, newly pregnant with my third child, and thrilled about that. I enter this new decade with less of a sense of purpose and occupation. Maybe that’s not true. But maybe it is. A decade ago, I was hip-deep in the care of small children and had published my first book. The path ahead looked clear and certain.

The path ahead looks less clear, less certain right now. I admit that freely, even though it unnerves me, a bit. It unnerves me not to know, exactly, what it is I intend to do or accomplish. It unnerves me to be out here looking around with a sense of freedom, wonder, and possibility. It unnerves me, but of course it also thrills me, intrigues me. I think my viewpoint for this coming decade is going to be broader, wider. I won’t be looking down into the faces of tiny, needy creatures looking up, with arms raised. We can talk about so many things, as a family, that we couldn’t a decade ago. We can consider, debate, plan, set goals. I can set individual goals, apart from them. They can set individual goals, apart from us. Or we can set goals together.

I figure I spent the first decade of life mastering the basics: to stand, to walk, to run, to talk, to read, to write, to get along with others.

I spent the second decade of life experimenting: with identity, with relationships, with my own morals and values and sense of self, with education. (I messed up a lot during this decade, for which I forgive myself; and expect the same from my own kids–the messing up, that is. It’s the only way to learn. I’m still doing it.)

I spent the third decade of life framing in my version of adulthood: continuing education, working toward a career, getting married, parenthood.

I spent the fourth decade of life shifting focus and experimenting with identity once again, as the children grew and I began to claim space and time for myself. Sometimes I think the best parts of my day are made up of hobbies, all of which began in the past decade: writing this blog, exercising, taking photos. I feel like I should call them something more profound than hobbies, but I don’t know what. They aren’t money-earning activities. Yet I value them more than almost anything else I do, for the stability and sanity they provide, which colours every other aspect of my daily life.

The fifth decade is a mystery. I want to imagine it as a really exciting decade, with momentum, experience, and confidence underpinning my efforts. 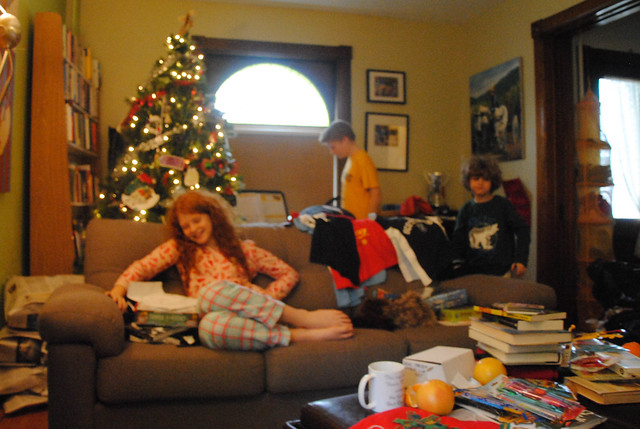 Plan for today
Day after birthday