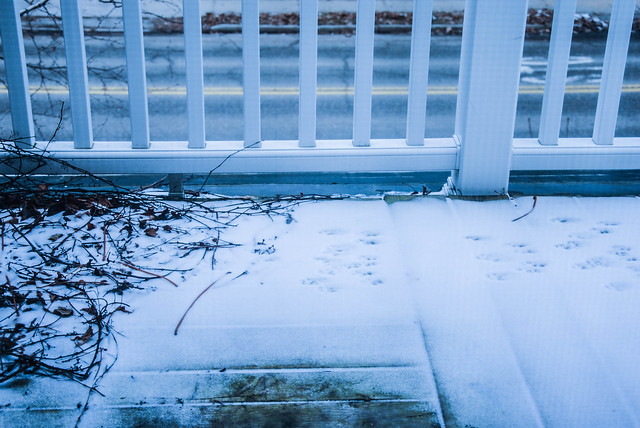 This past year, I wrote a private daily meditation, semi-focused on my word of the year, which was success. In fact, my meditations were probably only on the subject of success maybe 1/25th of the time, and they certainly weren’t written daily, but they were nevertheless a satisfying outlet for the thoughts that needed time to mellow, or the stories that didn’t belong here on the blog.

I’m considering doing something similar this coming year, but writing instead a daily poem. I used to do this when I was a teen and into my early twenties. I wrote poems almost every night before bed, few of them publishable, and that wasn’t the point–the point was to put shape to the unspoken, to play with language, to settle my mind, to practice and learn and pour my day out.

Today, I gave it a shot. I haven’t picked a word of the year yet, so filed it inside this past year’s scrapheap of meditations. Writing in poem-form felt easy and free: free-er somehow than writing in prose. Maybe I was tapping into a stream of curiosity and playfulness that’s running underground at all times.

Here’s an attempt, though I won’t elevate to Poetry. It’s more properly named a meditation, a scrap of wondering.

A man with sunken cheeks and lanky pale hair
Walks—strides
Across an empty lot, up a short ugly shaved hill and into traffic
Carrying what looks like a tent, bagged, by the handles
That man has had a heap of troubles in his life, I say
We wait at the stoplight and watch him in the rearview mirror cut through the line of cars behind us
He isn’t wearing any gloves! I mourn
But you say, He could get gloves if he wanted them
Could he? Where would he get them from?
They give them out at the shelters, you say, and you are probably right
If he’s not wearing gloves, it must be because he doesn’t want to be wearing gloves, give him that at the least, give him agency
Why would he not want to wear gloves? Why would he want to stride through live traffic carrying a tent, sheltered by a lightweight beige jacket with a broken zipper, his hair flowing down his back, his face falling in on itself, tanned and rough and toothless
What love and care has he known and who offered—offers—it to him and is it too late, far too late, to—
But I don’t know what it is too late for
I don’t know what could change the course of a life rivering chilled through traffic, only that it isn’t as small as a pair of gloves
Only that he comes across safe to the other side of the street and keeps on walking
Only that I want to apologize for the warmth inside this car, this car itself, its vanity plates, the loved child in the seat behind strapped in safely and saying, Who, Mom, who are you talking about?
Day before birthday (big one)
Goodnight, and welcome