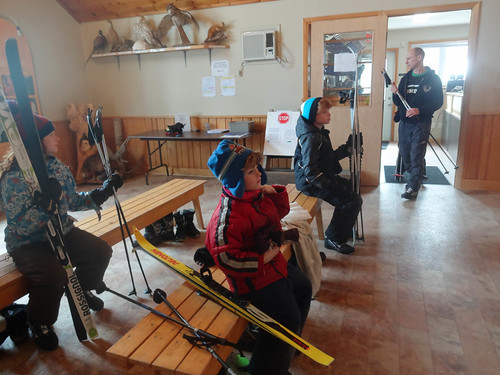 All I notice is the sweeping array of dog poo in our back yard as the snow retreats, ever so slightly. It was an icy run this morning on dark wind-swept streets, every step slipping backward a fraction. The banks of snow could hardly be more ugly if they tried, grey dirty pocked icebergs that seem too solid ever to melt entirely.

But they will melt! I know they will!

It will be illustrated by no new photos, because I don’t have time to download them. They’re mainly of our depressed back yard (yes, the yard itself feels depressed and no I’m not merely projecting!). You don’t need to see it. Well, not today at least. I’ll be sure to inflict the sad photos on you in the not-too-distant future.

It’s been a writer’s life these last 24 hours or so.

I was a guest at a book club last night, to talk about The Juliet Stories. It must have gone well, because I was there for nearly three hours, although I must admit to a case of nerves as I approached the house. It had been awhile since I’d talked to strangers about Juliet. But as soon as I landed and settled in, it was a pleasure to speak and to listen. There was one point — my favourite moment in the whole evening — when the group began spontaneously dissecting “Disruption,” and its meaning (the last story in the book, excepting the epilogue). The initial question had been directed at me, but I kind of found myself sitting back and listening instead, and enjoying that version of engagement.

Today I received the copyedits for The Candy Conspiracy. Remember?! My first picture book will be published by Owlkids next spring, and we’d had rather a long pause between communications, as the artist won’t begin work on the illustrations until next month, so there was no rush to get the final stamp on the text. It never rains copyedits, but it pours. Or something like that.

Finally, in the mail today I received a new book: The M Word: Conversations about Motherhood. Kevin was here when I opened the package. “What’s that?” “A new book. I’ll be using it for readings,” I said. “Whose is it?” he asked, probably only half paying attention. “It’s mine.” “Who wrote it?” “It’s mine. As in, I’m in it!” “Oh! It’s your new book!”

Oh, and I’ve emptied my inbox. For real. I cannot believe this to be true! Cross it off the list, baby!

But I’m out of time. More on this and everything else in a future post. The bus is coming. It’s time to venture out into the blowing snow and icy wrath of this first day of spring.

Experience points, or life as a video game
Music for the spirit