Jump in, no life jackets 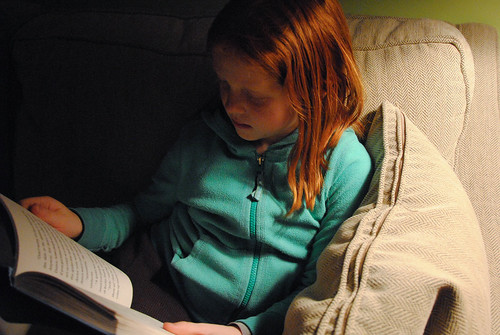 one of the ways she reminds me of me

One son this morning refused to wear a coat or mittens (it was -1C when he left the house). The other son, even grumpier, declared he didn’t want to go to school today. “You don’t have a choice! Now put your backpack on and get moving!” That wasn’t me speaking, it was my younger daughter, who has developed certain characteristics I find awfully familiar. I felt for them both. Neither one had a choice: she didn’t want to walk him, and he didn’t want to go. It cheered both up when I offered to walk along. Who knows what I’ll manage to get done today anyway. It’s been busy and I’m tired. Good busy, but I’m still tired.

I’m going to catch you up, which may, frankly, be exactly all I manage to get done today. This post will have a lot of photos. 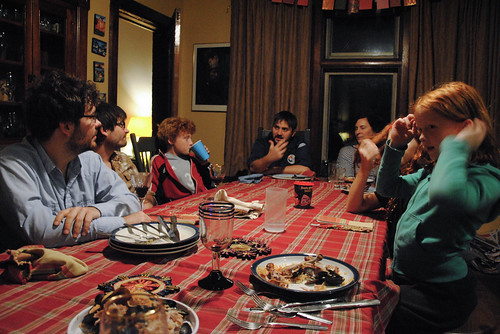 Let’s begin with paella night, which was exactly as fun as I knew it would be, and maybe even more tasty. I do have the best siblings around. My brother Christian was the chef. Our version of paella packed in every meat and seafood we could think of. At one point, I realized I was eating a delectable mouthful that included chicken, pancetta, and chorizo, and probably a tiny clam, too. We drank red wine, cuddled a new baby, and quizzed each other hilariously from a Trivial Pursuit game, Canadian version, that appeared to have last been updated in 1996. I don’t think anyone napped or googled. 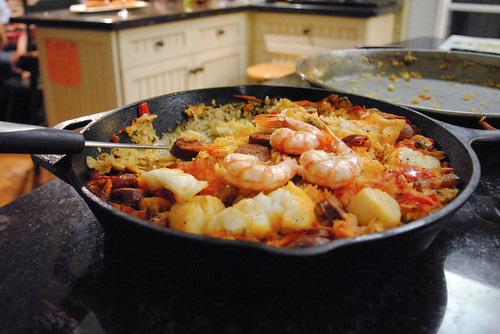 Yesterday, Kevin and I were off to Toronto, as soon as the kids left for school. Our new car is so comfortable. It’s so luxurious. It has seat-warmers! I kind of hate how much I love it, but I do. Kevin drove. Traffic was unexpectedly light. I took photos. 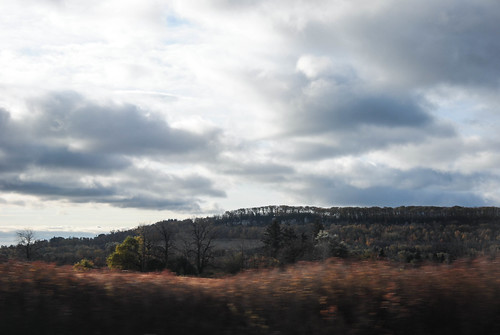 the escarpment, in passing

I met my agent, Hilary, at her office, which I’ve never actually visited, although she’s been my agent for nearly a decade. I signed some important papers. 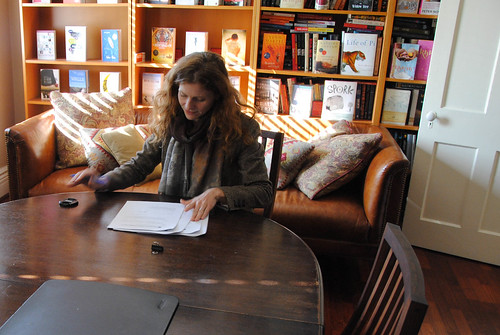 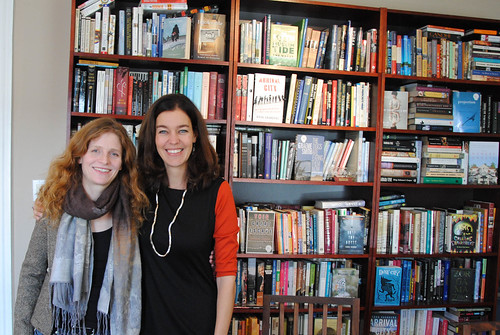 We posed for a photo. Hilary tried not to make me look short. 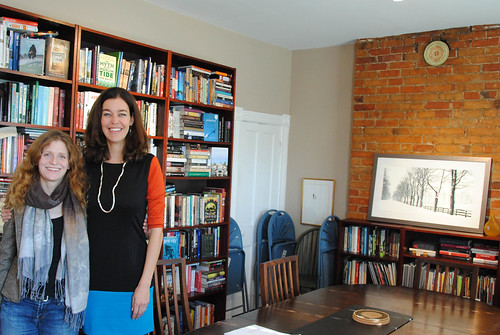 me and Hilary, take two

I told her to go ahead and stand up straight. I am short! Also, she’s very tall and was wearing heels. This photo cracks me up. When Kevin first glanced at it, he thought it was a picture of AppleApple (ie. a child standing beside an adult). This is exactly how I feel sometimes on the soccer field, I must admit. 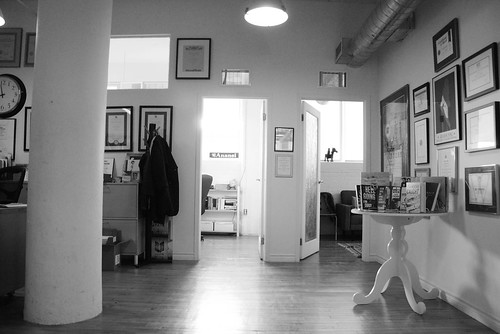 Then Kevin dropped me off at the Anansi office, which feels very familiar to me now. Our small party headed off to a restaurant nearby for lunch. 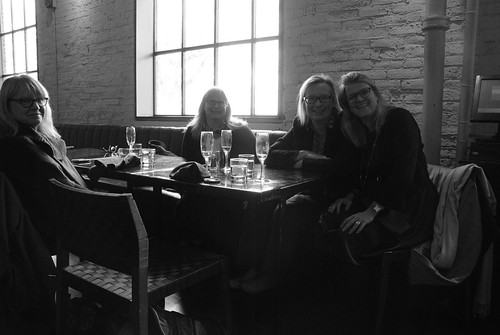 I was very geeky and hauled out my gigantic camera and lens to take photos. Above, my US editor, Claire Wachtel of HarperCollins, my Canadian editor, Janice Zawerbny of Anansi, my Dutch publisher, Jacqueline Smit of Orlando, and my Canadian publisher, Sarah MacLachlan also of Anansi. Mostly, I just listened, ate a very good turkey sandwich and french fries, and enjoyed a glass of champagne. Mostly, I was just amazed at the places Girl Runner has taken me already, at the connections made. 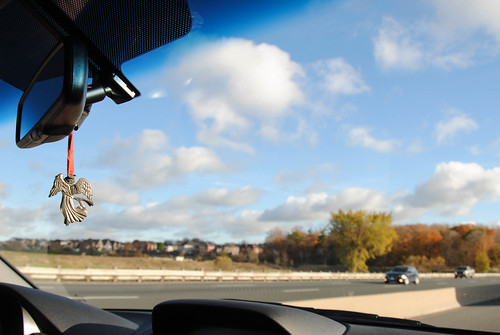 More news to report, and another meal to add to the menu: the rights have sold in Sweden! To Albert Bonniers Forlag. I said to Kevin on the drive home that it doesn’t feel like I’ve done anything I can take credit for, in terms of these sales everywhere. I wrote a book. The result is weight lifted, and lightness of heart, but what I really want is to write another, and another, and another. We arrived in Waterloo in time to see our oldest walking our youngest home from the school bus. It was slightly heart-melting. 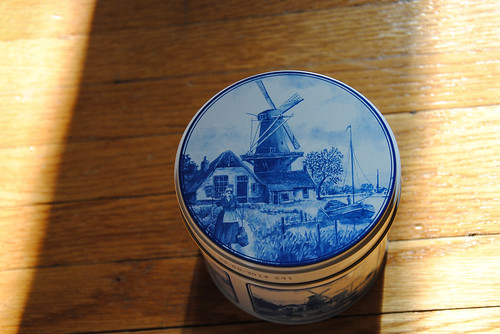 For an after-school snack, and to cheer up one small boy who did not want to go to swim lessons (but who had no choice), I cracked open the tin of “stroopwafels,” which Jacqueline had brought with her from the Netherlands, and which the kids called “waffle cookies.”

And then we went to swim lessons. And even though he had no choice, CJ loved it, and couldn’t stop talking afterwards about how he jumped into the deep end without a life jacket, and treaded water for 15 seconds, by swinging him arms like this, and pretending to ride a bicycle. I didn’t tell him that when I saw him jumping into the deep end without a life jacket, and his teacher not exactly in arm’s reach, I held my breath in genuine fear as he went under, and almost couldn’t believe it when his little goggled head popped up again and he swam to the side and pulled himself out. “I think you actually love swim lessons,” I teased him on our walk this morning, as he continued to regale us with tales from the lesson yesterday. He grinned sheepishly. And then Fooey admitted she feels the same way sometimes: really really really doesn’t want to do something, and then discovers while doing it that she loves doing it. I figure it’s my job to keep reminding them. Just like it’s my job to walk along sometimes: my job, and my fortune.