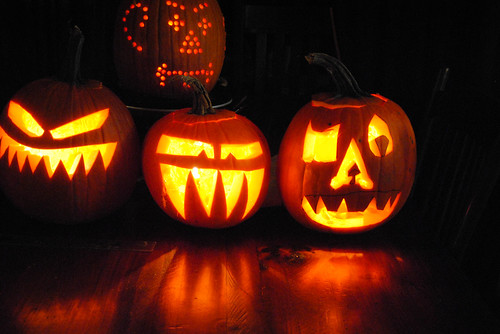 Cold rain run this morning. Yoga stretching to kundalini playlist before that. Soon after, a quick shower. Picking up two swim kids from the pool, eating bananas. Eating eggs on toast. Braiding the hair of two red-headed girls. Laundry. One minor meltdown (mine) on the subject of the constant stream of demands directed at MOM, when Dad is clearly standing right there, too. (Why? How is it possible that I am the recipient of all grievances, from the much-loathed raincoat that has yet to be replaced, to the injured knee, to the pangs of hunger, to the lack of desirable snacks? I suppose I should counter that by noting that I am also the recipient of news, ideas, stories, and proud dictee results. Where was I?) Driving costumed children to school to avoid the rain. Stopping to get a coffee and croissant at our local French bakery. Falling into a coma of a nap. Wondering why I’m so tired. 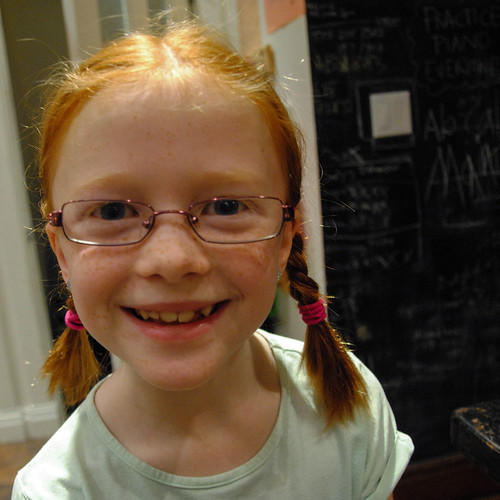 Rain on Halloween, for trick-or-treating. Plus high winds, apparently, yet to come. 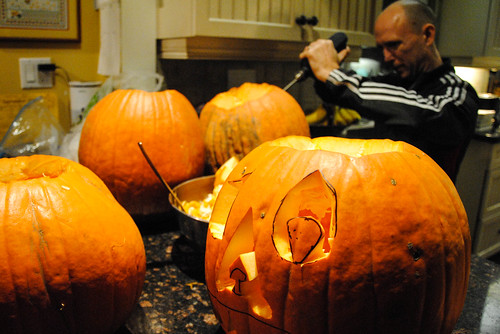 But we’re ready. The pumpkins have been carved. Kevin even got out the drill, which all the kids heard from their beds last night. “Oh, that’s what you were doing!” I saw the trick somewhere online. It does result in a really pretty lantern-like effect. I affect an effect. That’s what I say every time I try to remember whether it’s affect or effect. 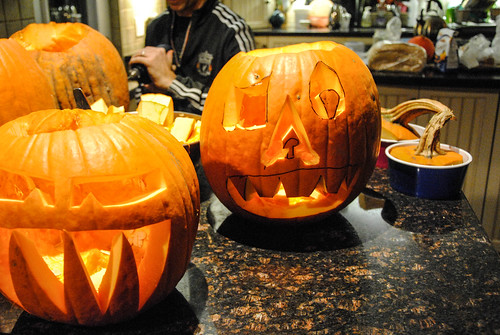 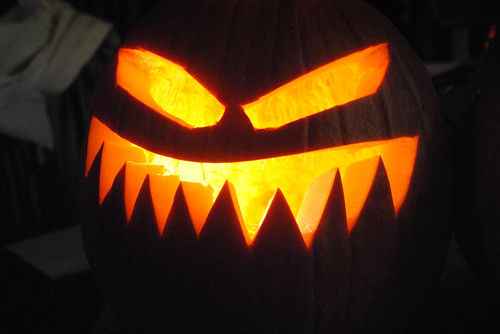 I raced to my office last night to finish prepping for today’s class. I still haven’t found any scary stories to share. The problem is, mainly, that I don’t read scary stories. I hate being scared! So does CJ. When I returned home from campus last night, the pumpkins were being carved and he was watching a “Halloween playlist” on YouTube. Guess what happened the instant I walked in the door. He hopped off his stool and came running to me, his eyes popping out of his head: “There are dead people coming out of the ground!”

See what I mean: I’d only just got home. How long had the dead people been coming out of the ground, exactly? “What the hell is he watching?” Yes, this will be a little exercise in dialogue, just like I’m going to have my students do tonight.

“Dead people coming out of the ground!”

“You’ve got to be kidding me! You’re letting him watch this?”

How to convey silence within dialogue: The pumpkin continued to be carved.

“At first it was funny, it was my favourite song from Just Dance! But then dead people came out of the ground!” “You need to stop thinking about it.” Clutching my leg: “Dead people coming out of the ground.” “Think about something happy! Like Daddy getting to sleep in your bed tonight!” Actually, I didn’t say that. But I thought it. 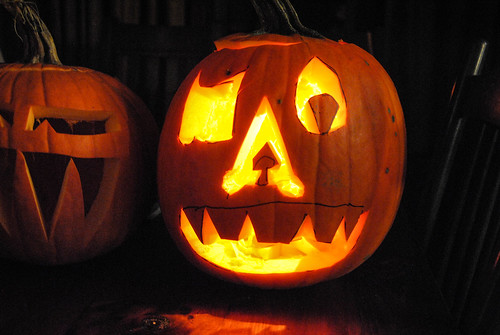 And CJ slept fine, so he must have not been permanently scarred.

But he was back at my elbow when I was repairing his clown costume a little while later, so that he could go to school today as a line from his current favourite song, not featuring anyone coming out of the ground: Baby, be the class clown, I’ll be the beauty queen. “Mommy,” he whispered, pulling my arm as I stitched impatiently. “Dead people. Coming out of the ground.” “It is time to think about something else. Hey, Grandma’s coming over! She’s here!” “Can we play?” “You can play until I finish this. It should take about ten minutes.”

It took about half an hour. I’m bad at sewing. And apparently also at estimates.

Meanwhile, we put that half hour to further use and discovered a costume for our eldest, who was hesitating about even going trick-or-treating. I think twelve is too young to quit the candy game. You’ll be forced out in a few years anyway. Enjoy it while you can! You’re only young once! Etc. “But I can’t think of anything. And it’s going to rain anyway.” (He was right about the latter, as it turns out, if not the former.) We brainstormed possibilities. He’d just been given a hand-me-down dress shirt and tie. Stuff it with a pillow? Rob Ford? But AppleApple had a slicker, higher-concept idea: “Nigel Wright!” 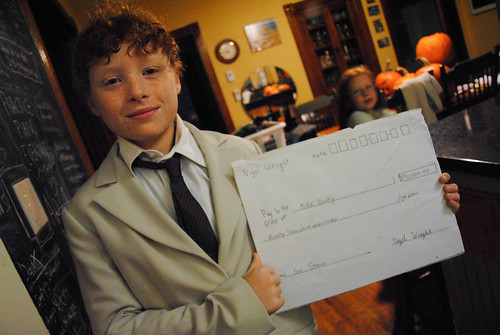 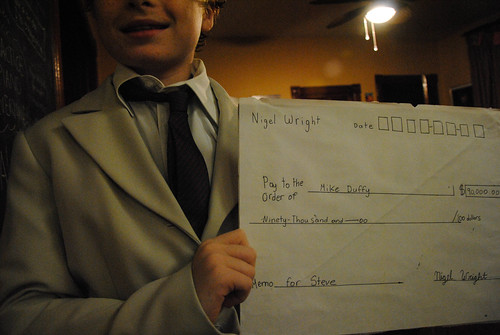 She even fashioned her brother a special prop, of her own design. I won’t get into it if you’re not a fan of obscure Canadian politics, but I think a few parents might appreciate the costume when he arrives on their doorstep, with Monopoly money spilling out of his pockets, and the over-sized cheque. Kevin and I have a new inside joke; when discovering ourselves in trouble of any kind, we just ask: “What Would Duffy Do?”

But better to ask, at this point in the sluggish grey day, larded with high-level obscure Canadian political gossip, for which I seem to have a boundless appetite: What Would Carrie Do?

Carrie had better turn off the internet, finish her class prep, make an early supper, and keep working on the intro for the panel discussion at next Saturday’s Wild Writers Festival, which deserves a more comprehensive plug, don’t you think? Here’s my attempt:

Writers and readers in Waterloo, the Wild Writers Festival is coming to town next weekend (Nov. 8-10), and promises to be a rollicking and inspiring event. Many events are free, and intensive workshops with amazing writers are $20/each. The festival is in its second year, and if its first was anything to go by, this one will be warm, welcoming, thought-provoking, and unique. I’ll be there, soaking it all up (and leading a panel discussion (free!) that includes the fabulous Elisabeth de Mariaffi, coming all the way from Newfoundland!). Please pass on the word, and come if you can.

Tickets here, and registration for the free events, too.

Jump in, no life jackets
Day of the Dead