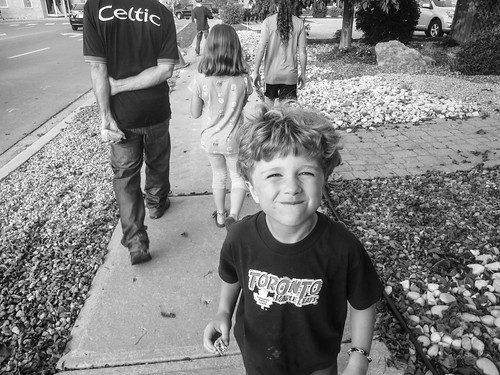 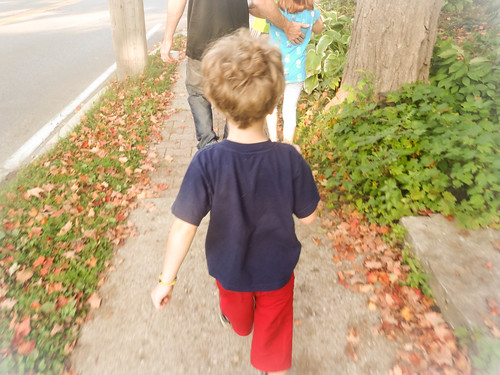 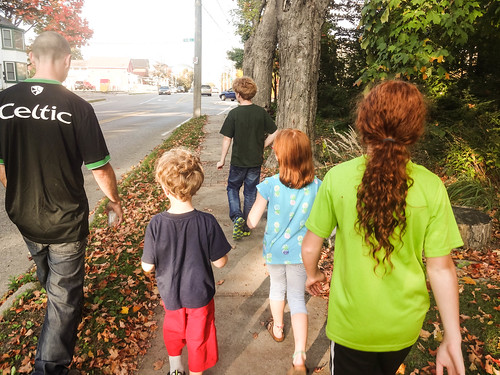 this is how our family walks uptown

Yesterday evening, we celebrated my US deal. I took the family out for hamburgers, in part because that seems like quintessential American food, and in part because Albus has been dying to go to this place called The Works uptown, which exclusively serves burgers. 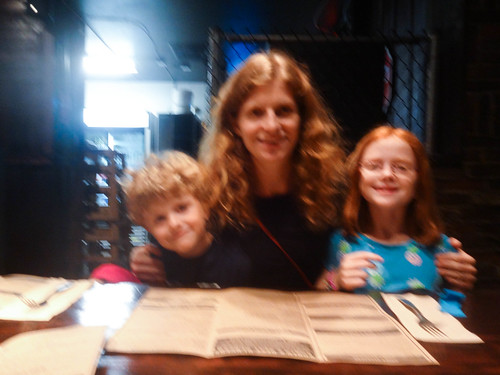 no good photos were taken on this outing

I tried to impress on everyone the hugeness of this celebration, and even attempted a little speech (no one noticed), but the milkshakes, extensive topping options, and general excitement of eating out was far too distracting. So I sat back and enjoyed the whirling conversation. Afterward, we popped into Words Worth Books to browse and splurge. (I picked up Erin Bow’s brand-new, just out YA novel, Sorrow’s Knot, which looks as deliciously darkly scary as her first.) And then we wandered home and everyone was so thoroughly stuffed and wiped out we just went straight to bed.

Everything about this outing was a delight.

Here’s the most delightful part. We’ll get to do it again — only next time, we’re going out for fish and chips and mushy peas. (!!!!) Can you guess? Unbelievably, amazingly, overwhelmingly, I have more news to share. 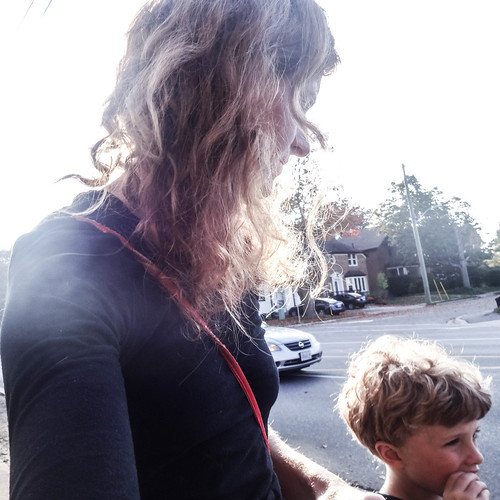 The rights to Girl Runner have been sold in the UK (and Australia) to another terrific editor: Lisa Highton, who is the publisher of Two Roads, an imprint of Hodder & Stoughton. Yup. I’m over the moon, and have been re-reading somewhat compulsively the press release Lisa prepared yesterday to announce the acquisition, which says, in part: “GIRL RUNNER is a brilliantly evocative story of time and place with an unforgettable heroine.”

Kevin and kids are already plotting to hitchhike along on any future tours to the UK.

So here are the pub dates, for those who are wondering:
September, 2014: Canada (and Australia, I think)
Spring 2015 (tentative): US and UK

I don’t know why, but wandering through the bookstore last night I felt enormous excitement to imagine my new book on the shelf, wondering what its cover would look like (a different cover in each country?), wanting to pick it up and feel its weight in my hands. I think my party planners and I are going to have to out-do ourselves for the launch this time around (and that’s saying something). The fun of bringing this book to life is still ahead of me. And a footnote in all of this is that I’m getting to work with these amazing, accomplished women — Janice Zawerbny and Sarah MacLachlan at Anansi, Claire Wachtel at HarperCollins, and Lisa Highton at Two Roads, plus my agent Hilary McMahon who’s been with me now for nearly a decade. It’s pretty darn wonderful.

In other news, undeterred, and inspired by a post I found on the ever-reliable internet called “The Crisper Whisperer: How to Handle Eggplant Overload,” I ordered the half-bushel of eggplant, and half-bushel of tomatoes. Because a) I have masochistic tendencies, b) there’s room in the freezer and c) you’ve got to take your chances when they come.

It's been a year since ... I got a haircut
Schnitzel, beer, and a pumpkin patch