Experiments in the key of Carrie 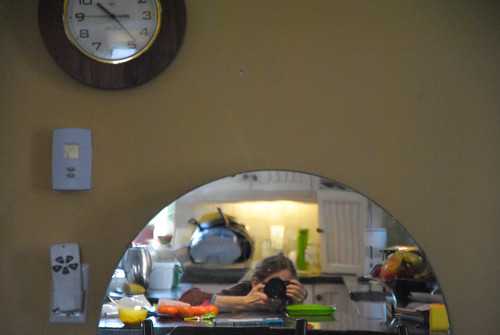 A few things. If you are a blog subscriber, please don’t unsubscribe. I will continue to post updates from time to time. Like now.

I find myself throwing around two vastly different ideas on how to continue blogging, with the intention of keeping it a healthy outlet and connector, rather than a time-consuming distraction or vanity-feeding outreach. My first idea is to become a weekend poster, or “slacker blogger” as suggested by a friend. As an all-in personality, this suggestion sounds tough, but just might work. I’ve got the notion that I would like to pour my daily blogging energies into the writing of a non-fiction book, so maintaining an irregular, special occasion, weekend blog would fit well with that. My second idea is to form a paid subscriber base that would make blogging a job rather than a hobby. I throw that idea out there, while acknowledging that it’s problematic from a number of angles. One is that I have serious inborn qualms about mixing creative endeavours with monetary ones. Two is that I may not have the time to give paying subscribers what they’re paying for, and that would be stressful.

So many other things to write about!

* March break: over and done, and after a long week home alone with the children I am inspired to find alternative plans for our summer holidays. My half-baked plan to let the kids look after themselves while I put ear plugs in and worked was a total fail. What was I thinking?? 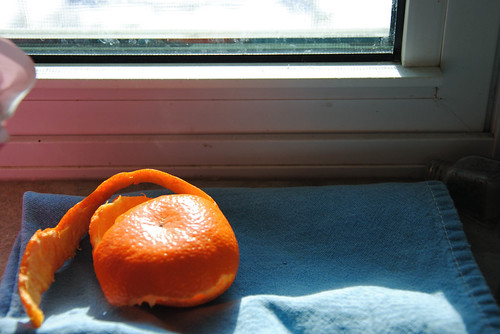 * Making tea: I read a little article in Geez magazine on making your own infusions/tea by using ingredients like dried orange peel, ginger root, cinnamon stick, cloves, etc. So I’m drying the peel from the orange my son ate this morning.

* Ingratitude is on my mind. How to help my children express and feel gratitude for the many offerings they receive, rather than sulking or complaining about the things they wish they’d received instead? Hm.

* After my last post, I was grateful to hear from readers who hadn’t commented before. The one-sided nature of blogging can feel lopsided and strangely weighted, like I’m writing to a mirror-self, and that sometimes bothers me. I appreciate when people comment, or tell me in person that they’ve related to something I’ve written. It makes writing feel like less of an isolating, interior occupation — which writing so often does. I would miss that about blogging. I think I would miss it too much to stop altogether. That is my weekend reflection. What other medium allows me to connect, in a genuine and honest and real and perhaps most importantly immediate way, with so many people all at once?

So, thanks for reading. Til next time. xo, Carrie

P.S. In response to my vague idea about blogging for subscribers (above), a reader emailed to say: “It occurs to me that it might be possible to think about a blog not on a subscriber model (which might pressurize a daily post), but on a supporter model, which could be more fluid.” She also sent a link to this TED talk by Amanda Palmer on “The art of asking.” Here’s the link. Here’s a taste: “For most of human history, musicians, artists, they’ve been part of the community, connectors and openers, not untouchable stars. Celebrity is about a lot of people loving you from a distance, but the internet … is taking us back. It’s about a few people loving you up close and about those people being enough.”