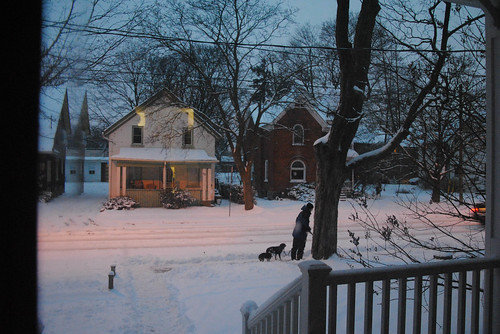 Slow start. Hi there, Monday. Why you be so Mondayish week after week?

I’m thinking of starting a regular lost-and-found feature. The latest on the list:

* one Playbook, lost and then miraculously found at the bottom of my sports bag where it had rested patiently since last Sunday’s soccer game, going to and from exercise studios

* one black Celtic hat and pair of pink mittens: CJ’s, last seen Friday, or maybe yesterday, who can remember? This lost hat & mitt combo represented this morning’s final crisis before leaving the house, late, to catch the bus.

It felt like a weekend of non-stop-ness. Maybe that’s why I’m having such a hard time getting going this morning. Even the fun parts were relentlessly timed. For example, coffee date with son. (These coffee dates/errand running, with each child getting a turn, have become regular Saturday morning events.) Thankfully he did not complain about having to eat his onion bagel with garlic & herb cream cheese in eight minutes flat. 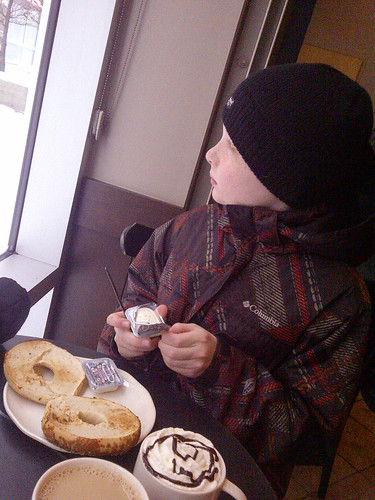 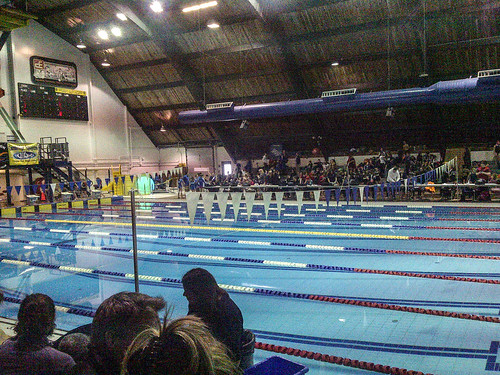 The turn-around time was terribly tight: I was off to a swim meet in Brantford with the swim girl. There is something very similar about all of these pools, and the meets too. Noisy music; insanely tight seating (this time on deck); a dad seated directly behind you with a bullhorn of a voice hollering at his kid in the pool who clearly will never be able to hear or follow the directions being given; technical glitches with the scoreboards; expensive race sheets that you have to buy or you won’t know when your kid is racing; searching endlessly trying to locate your child’s cap, goggles, and suit amidst the multitudes of other similarly clad children; sitting for butt-numbing hours on end; child races, heart rate accelerates, sitting again; boggled by the limited supply of bathrooms in these facilities; wishing you’d brought a better snack; trying to read/work while keeping an eye on the race progression; chatting with neighbouring parents; waiting endlessly for swim kid to locate lost items at the end of the day (this meet it was a GIGANTIC copy of Grimm’s Fairy Tales that took us half an hour to find in the littered stands, no exaggeration.)

Watching your kid swim two fantastic personal bests in races that amount to a total of just over 2 minutes. Seeing her take deep pleasure in the reward of her hard work. Marvelling at her race-intensity. Being proud. Figuring it’s all kind of worth it.

Also this weekend: babysitting exchange at our house. Eight kids plus two dogs overnight. Kevin was in charge of food, and he really outdid himself. Two casseroles of homemade mac-and-cheese, a graham cracker-chocolate-cookie-cake that had everyone rushing for seconds, and a triple batch of pancakes and sausages for breakfast. “I love having kids around to cook for,” he sighed with satisfaction, to which I said, “Wha???? Don’t we always have kids around to cook for?” Apparently cooking for other people’s kids is more fun than cooking for one’s own brood.

Add in two giggling girls awake at 5:50am, a swim practice, a sledding miscommunication, two soccer games (no subs and a tie for me, two goals and a win for her), a carshare car, and a Super Bowl supper, and we were done. We were toast. We were ready for bed early. And the alarm sounded early. And it was Monday. It is Monday.

Deadline to meet tomorrow. Must. Get. Writing. Not. Blogging.

Reading List, 2013, on ongoing project
Cleaning out the cupboards