Vancouver Writers Fest: I was there! And now I’m home. 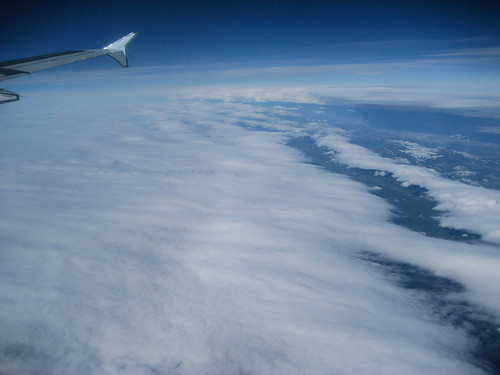 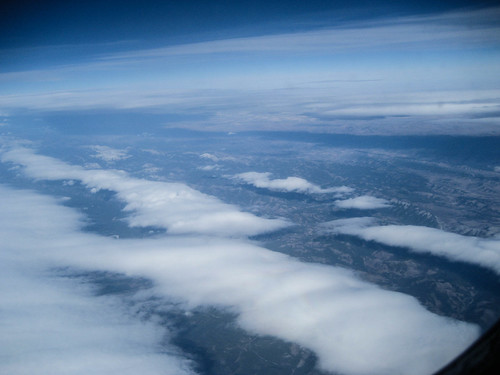 Is this going to be a long post? I have a funny feeling that it might be. However, the process of writing it is being somewhat interrupted by a very chatty four-year-old who is sitting in the rocking chair in a patch of sunlight beside me. And so I am attempting to compose this post while simultaneously maintaining a conversation on a variety of topics. Right now we are on the seasons: “And it goes round again and again, again.” 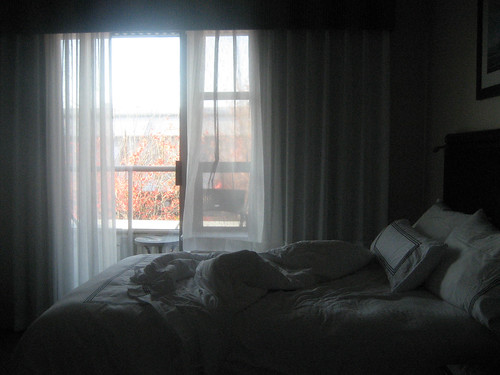 Travelling is such a strange thing to do. Being somewhere else. Being away. There is the transition, the waiting, the getting there; and then there is the being there, when home feels like a dream. Travelling solo is particularly strange, and, I must admit, quite easy to get used to, at least for short patches. On my own, I’m only myself, with only me took after. The responsibility seems so light.

It was an especially lovely trip, from beginning to end. It seemed blessed with lucky moments. I walked into the airport in Toronto on Thursday morning, and the first person I saw was my friend and former boss Noah Richler. What are the chances? He was off to Alberta (have you heard? — his new book, What We Talk About When We Talk About War, is a finalist for the GG in the non-fiction category). I then met up with Heather Birrell, another literary friend (Mad Hope); but that had been pre-planned. We were on the same flight to Vancouver, and managed to get seats near each other. Neither of us are happy fliers, and our flight experienced a lot of turbulence. She was seated behind me and she reported that every time we hit turbulence, my head would pop up: apparently my spine stiffens when fear strikes. But we survived. I brought headphones and watched three movies. I’m not ashamed to report that two of them were children’s movies: Brave, and Madagascar 3. Brave was EXCELLENT, plus I cried (I was in the middle seat; and I think we’ve now established I may be the kind of fellow passenger you’d rather not be stuck sitting beside, what with the weeping and the palpable terror). I dozed off during Madagascar 3, after which I started a very long melodrama called People Like Us, but then the plane landed and I missed seeing the last ten minutes (and it wasn’t the kind of movie I wanted to experience twice). Heather filled me in on the plot.

We were in Vancouver!

Okay, let me interrupt to explain that nearly an hour has passed since I first began typing this post. Maybe this should be a two-parter, a multi-chapter saga? I’ve only just gotten to Vancouver, for heaven’s sake. And it’s nearly time to pick up my swimming child from the pool.

I’m going to speed this up by doing some name-dropping. Walked into the hotel, first person I saw was Sheree Fitch (Night Sky Wheel Ride): big hugs. (But then we didn’t see each other again; this happens at festivals, with people coming and going.) Good thing I had Heather to introduce me to some more writers: we were soon headed for dinner with Jessica Westhead (And Also Sharks) who was travelling with her husband and their brand-new seven-week-old daughter (whom I never got to hold, dammit). We were also joined by Emily Schultz (The Blondes), whose book I’d reviewed for the Globe back in August.

After dinner, Heather and I went to see Anne Perry and her biographer Joanne Drayton being interviewed on-stage. We were both toast at this point, our bodies telling us that it was nearly midnight, so we debriefed in the morning over breakfast at the Granville market, after which we got very lost, after which it was time for our morning events. I’d woken at 4am, been unable to fall back to sleep, and got the front desk to open the exercise room for me so I could run/spin. 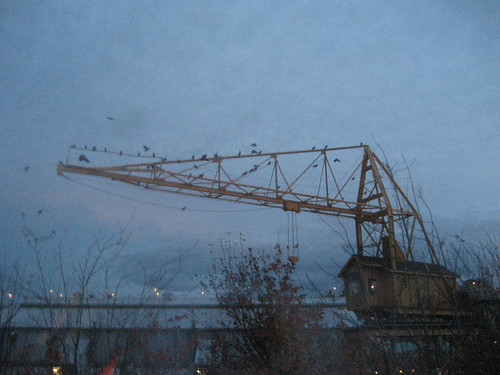 outside my hotel room, Friday morning

My first event was with Riel Nason (The Town That Drowned) and Marjorie Celona (Y), moderated by Shaena Lambert (Radiance). I had a moment of panic while prepping and felt incapable of choosing the right section to read, but it all turned out fine. We spent the hour and a half reading and talking about child narrators, among other things, and the feeling in the room was just lovely. Afterward, I signed books, and one of the women who sat down to talk to me said, “I’ve never wanted a character to win an award before, but I just really want Juliet to win.” Nice, hey. 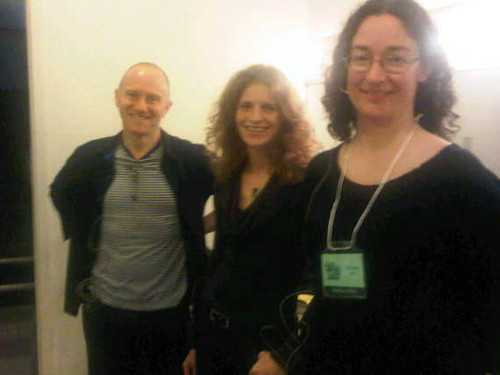 I had about twenty minutes between events to freshen up and eat a banana, and then I was back at it. This one was in a large theatre with Annabel Lyon (The Sweet Girl) and Chris Cleave (Gold). We were each interviewed by Marsha Lederman, and then came onstage together at the end to answer questions. What can I say about this event, other than it confirmed for me that I really love being onstage. I’ll admit it. Onstage is a great place to be. It requires the burning of lots of energy, and there’s an element of risk to it, but if you know me, you’ll know I like burning energy. The risk part, well, maybe I’m drawn to that too, a bit.

Something else about being onstage: I’ve learned that it’s no good wishing I were different. To be comfortable, all I have to be is myself. I love watching those performers who are quick with witty anecdotes, but that’s not me; and that’s okay too. We’re all different. When I’m in the audience, I want to see a real person up there, not someone pretending to be someone they’re not. I think that’s the only secret, honestly. 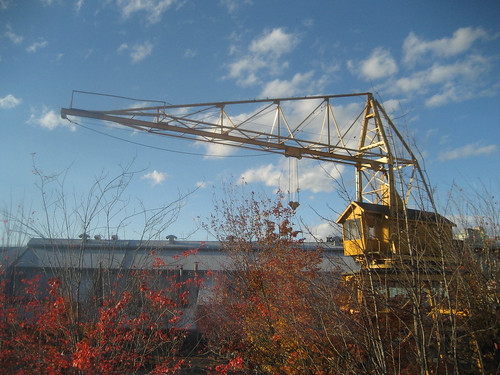 outside my hotel room, Friday afternoon

After that happy shiny event, I went for fries and a beer with Marita Daschel (Initiation Trilogy); we met through the blog a few years ago, and though we’d never seen each other face-to-face, nor spoken, it was like being with an old friend.

Walking into the hotel, the first person I saw was Sarah MacLachlan (my publisher at Anansi). We were meeting for dinner in less than an hour. I grabbed a quick rest, took a hot bath, and let myself come down from the day’s excitement, to unwind, though not completely. 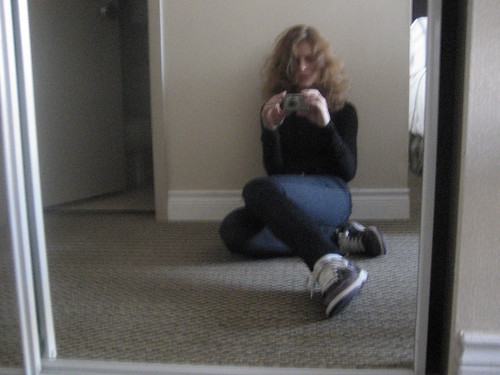 this is how much I unwound

Sarah had invited Anansi people out for dinner at the Sand Bar. I knew no one except for her. Seated around the table were (more name-dropping ahead): Rawi Hage (Carnival), Madeliene Thien (Simple Recipes), Anosh Irani (The Song of Kahunsha), Pasha Malla (People Park), a young woman named Thea whose story collection with be published by Anansi soon (sorry re lack of details), me, A.L. Kennedy (The Blue Book), Graham Gibson ( The Bedside Book of Birds; he’s also known as Margaret Atwood’s husband; she was stuck in transit and couldn’t be there), and Dennis Lee (Alligator Pie). I was seriously crashing at this point, glazed eyes and brain, and thankful for light conversation from the women seated near me. After dinner, Sarah and I dashed off to hear A.L. Kennedy read (and I do know her name is Alison, but can’t help but think of her by her initials). 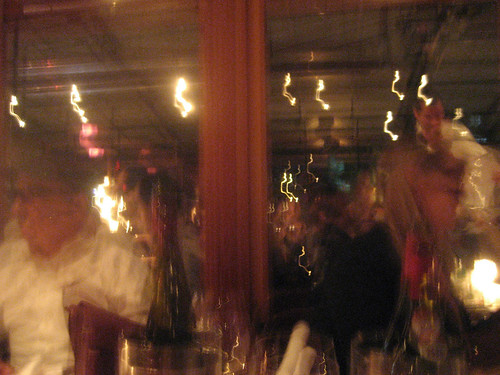 at dinner; and an accurate illustration of how my brain was behaving, at this point in the day

The evening ended in the writers fest hospitality suite where thankfully Heather came after I texted her an SOS — I knew no one and was feeling like a wilting wallflower. But I also didn’t want the day to end. Of course, it finally had to (I’d been up since 4am after all). All that was left was a short night’s sleep, a morning walk in a hailstorm to fetch breakfast at the market, and the packing up.

I spent yesterday travelling. I enjoyed a quiet peaceful flight with no spine stiffening moments. On the ride home from the airport I met an international trade specialist and an expert in honeybees. And now I am holding my sad four-year-old whose sister just stepped on him, probably because I am writing this blog rather than paying attention. So it is time to stop typing and to pay attention.

Tomorrow (Monday) I’m in Toronto for a reading at IFOA. Anyone coming?

Problem solving with hair
Reading at IFOA for the GGs