On giving it all up to pursue the creative life 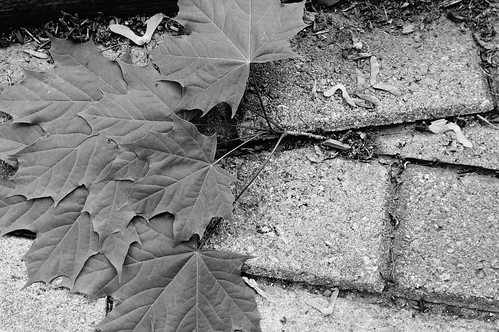 Today is brag-about-my-brother day. My brother Karl is the youngest of my three brothers (I also have a sister who is the youngest of us five siblings). I was seven-and-a-half when he was born, and there’s a fabulous photo floating around somewhere of me on my red bicycle with baby Karl plopped in the basket on the handlebars, with my mom, another brother, and my best friend Katie all posed around us, every last one of us grinning with delight; ah, the freedom of the early 1980s. Karl also spent a lot of time being swaddled and stuffed into my toy baby carriage — for a big sister, what could be better than a real live baby to play with?

As he grew, Karl demonstrated tenacity and an outsized will. He was always a tiny child, but absolutely fierce.

He wasn’t interested in school or academics. But he was talented at many things, including playing the drums, among many other instruments. Somewhere along the line, he and my brother Clifford acquired equipment for recording and producing music at home. There was the studio in my parents’ basement, lined with egg cartons; and a portable studio that he could set up anywhere.

And now he has his own studio, out in the country, with a wall of windows overlooking fields.

What makes me most proud of my brother Karl is that he knew he wanted to make music. He knew it was what he wanted to do with his life. And so he set about becoming a musician, no matter that others might have wished for him a career that would promise greater financial stability and security. He’s worked incredibly hard. Fame has never been a motivator for him — what he loves to do is to make music. And as anyone who chooses the creative arts as a career knows, there are years of invisible, unseen labour and practice underlying any visible success.

Well, Karl’s had some success recently. His song, which is titled, simply, “Song,” is the music for Apple’s new MacBook Pro commercial, on television and online, worldwide. Click here to listen to the entire song. And if you like it, you can get the entire Kidstreet album on iTunes. (Kidstreet is made up of my brothers Karl and Cliff, and my sister Edna; all of them talented musicians.)

To see Karl’s work and talent appreciated on this level makes me just ridiculously proud. I will try to restrain myself from running up and down the streets whooping with delight.

Instead, I’d like to make a toast to everyone who chooses to a pursue a dream, against the odds, and despite the heartbreaking challenges along the way. Join me? All I’ve got this morning is a cup of coffee.

Karl, you’ve made something beautiful.

On being a competitive person: the ugly truth
On being a freelancer, in earnest