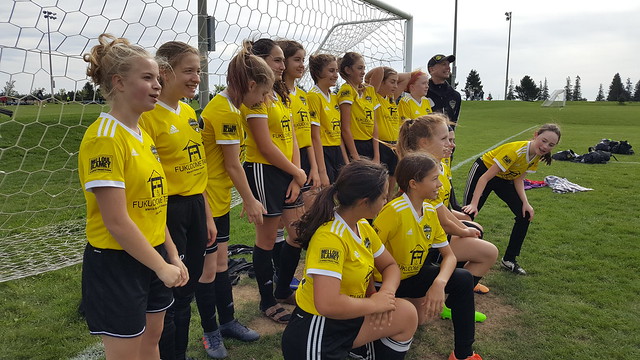 Our soccer season came to an end yesterday morning. Our last game was in the league’s Cup final. “Let’s make our season last as long as possible,” I told the players last weekend, before our first playoff game, “because it’s really fun playing together.” And the team accomplished that goal. Turns out I can coach competitive soccer; truth is, it doesn’t change my approach greatly. We had a winning season, and saw improvement every step of the way, as individuals, yes, but mostly as a team. In fact, that’s exactly how we won every game we won — as a team. We lost as a team and tied as a team, too. No matter the outcome, there was no acrimony, no fingers pointed, no blame — I worked hard to model that from the top down. Instead, there was assessment, analysis, and practices designed to work on our challenges.

“You don’t yell at us,” one of the players told me yesterday, when we were saying goodbye. “And you don’t yell at the refs.” It’s true. I don’t like being yelled at, or find it helpful or motivational, and I don’t know many adults who do; why would kids respond any differently? (Also, my voice isn’t particularly strong, so yelling is never going to be an effective strategy for communication, for me.) 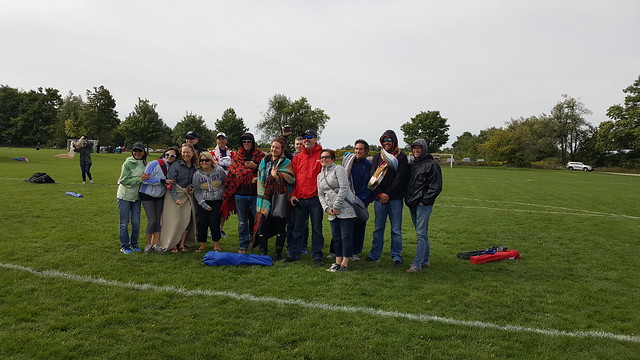 The parents are part of the team too!

For the last number of games, the girls have been asking whether the whole team could be “captain” when the referees call for captains. They really enjoyed discussing what that would look like — the whole pack of them crowding up for the coin toss — and how it would be received — how surprised everyone would be. I was thinking about that this morning, as I reflected on our season together. I was thinking about how accurate that is as a metaphor for this particular and special group of players.

How evenly the leadership and respect was spread throughout the team. How much the players trusted each other on the field, and understood each other, off the field. How thoroughly players relied on each other’s support in games, and how rewarding that was to watch from the bench.

I think this team was special because they understood (intuitively) that they were a collective body, stronger because all could be captain. 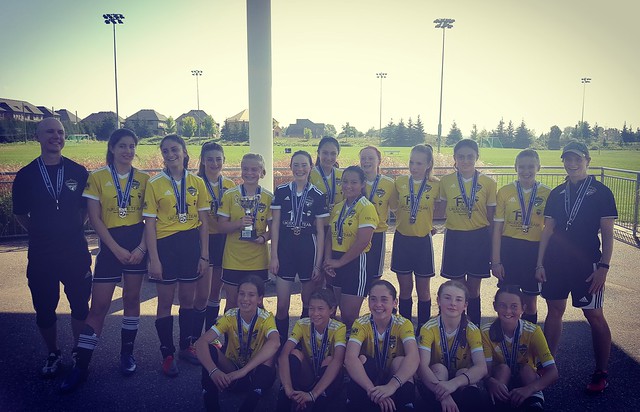 For the last game, when the captains were called, I did not go with the girls’ request to send the whole team. I’ve never seen a whole team go when captains are called, and I’m pretty sure it just isn’t done; I wasn’t prepared to introduce that kind of chaos for the refs into the ritual of the coin toss. Instead, I chose as captains our goalie and our striker, the players from the back of the field and the top of the field, which seemed to hold a symbolic symmetry, containing the whole team between them.

We didn’t win our last game. We went in as underdogs against a team that had gone undefeated all season, and we were unable to twist the storyline in our favour. We did the best we could in the circumstances dealt to us, which is what teams do. At the end of the game, the girls were disappointed, but not in each other. There was no acrimony, no blame, just tired legs and the smiling faces you see above. Plus it was fun to get medals and hoist a trophy for our efforts. Tryouts for next season start on Saturday …