Forget the pursuit of happiness 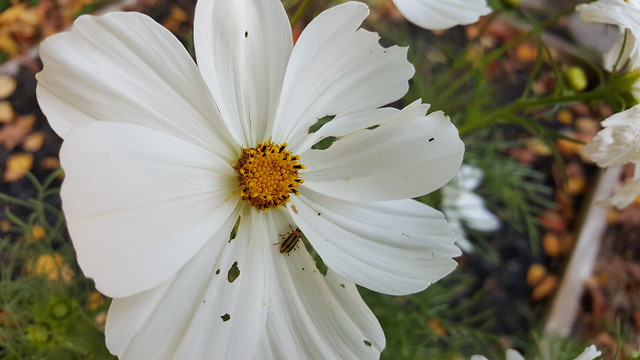 This morning, I sat in kundalini yoga, my arms lifted over my head, lowering and raising and lowering, and aching and burning, and I began thinking about something else entirely. I remembered baking bread on Sunday afternoon, while listening to the Sunday Edition on podcast, an hour on Man’s Search for Meaning, a book written by Victor Frankl in 1946, shortly after he was released from a German concentration camp; his parents, brother and pregnant wife all died in concentration camps, a suffering I cannot fathom. And yet, Frankl wrote a book that is still in print, its words still luminous with love. On the program, his biographer discussed the fundamental flaw in the pursuit of happiness—the pursuit itself, the pursuit of a goal that cannot be forced into being, if happiness is even a reasonable or desirable pursuit at all. The more you chase it, the further from you it speeds. And, said the man, the relentless focus on the self, on creating happiness for oneself, dooms the enterprise. It’s only when we turn away from ourselves and focus on others that we become—not happy, but whole. We find meaning in our life because we’ve reached beyond ourselves.

Love is meaning. The only way to fully inhabit the self is to look, listen, love beyond the self.

I sat in kundalini yoga, my arms aching, and remembered, and remembered more: yesterday afternoon, chopping mounds of onions and sweet potatoes for our Thanksgiving dinner, listening to another podcast: Tapestry, with Mary Hines, an interview with a woman who had corresponded with Omar Khadr when he was a prisoner at Guantanomo Bay; the woman had become his teacher, and she testified on his behalf at a trial. She talked about the fear of God in a way that made this fear make sense: not cowering under fear of punishment by an angry god, but fear of refusing God’s invitation to action. Fear of making a choice based on the shallow terms on which we so often base our choices: fear of being judged by others, fear of looking foolish, fear of being singled out, fear of taking a stand and having to suffer the consequences. When none of these worldly or earthly pressures could shake the more profound fear of not doing justice, of not doing right—this, she said, was the fear of God. I look in awe at those with courage to stand firm in their convictions; does this strength come from a bigger place and purpose?

The woman on Tapestry spoke about being pulled in an unexpected direction, a direction not of her own choosing. An invitation, an opening, a tidal pull, a crack where the light gets in.

As I sat in kundalini, I asked myself, as my arms spun circles and ached terribly, where am I pulled, who are the others upon whom I turn my gaze?

You have stories, you already have stories, and stories pull you always out of yourself. Yet you resist their pull, you resist even the idea that you might be good at something, that you’ve written stories that are like gifts, in a way, that mean something larger than yourself—that don’t belong to you.

Who are you to say you should change course and seek a new outlet for your desire to be of use in this world? That’s not pull, that’s push, that’s pursuit.

I am so tired. 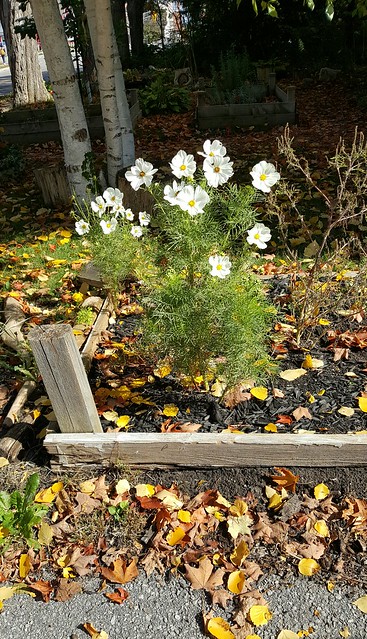 I stayed up to watch the Blue Jays game on Sunday night; the Blue Jays game and the presidential debate. After the debate, the Blue Jays won, which was fun. But I found myself unable to shake the image from earlier, of a composed, self-contained woman being stalked around the stage by a much-larger, hostile man, his eyelids narrowed, his rage and disgust scarcely contained.

Today, when I walked to yoga class, I had to pass by a number of men who were working on the hydro lines outside my house. I was one woman, they were many men. I did not fear them. But somewhere in the back of my brain, I wondered whether these men might speak of women the way that Trump was heard speaking of women, I wondered whether Trump is telling the truth and most men (or even some men, or even a few, which is more than enough) view women as sexual objects, to be desired or loathed, end of story; or are we to be “championed and revered,” as another Republican (Paul Ryan, to be precise) said when rebutting Trump, which sounded almost as terrible, in a weird way, as if I, as a woman, could not operate on my own steam, as if I, as a woman, were a figure of worship, mythical, not quite real. And then I shook my head and thought of all the open-hearted men in my life. And I kept on walking.

I’ve always chosen to believe that I can be myself, as a woman—small in stature, ordinary, complicated, messy, curious—and be accepted as an equal in any situation, and much of my experience confirms this; but when confronted with the evidence shown in that debate on Sunday night, my spirit shrank, a bit.

I wonder whether other women feel the same.

Notebook exercise # 3
The wild writers are coming to town