We do not want merely 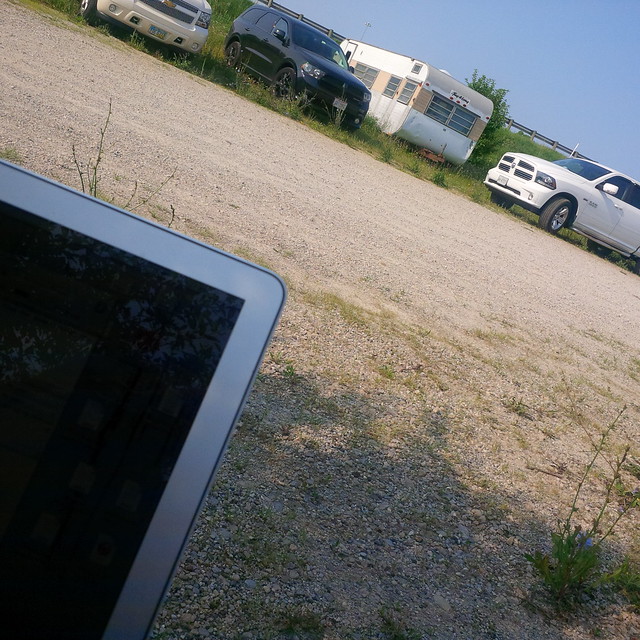 “We do not want merely to see beauty … we want something else which can hardly be put into words — to be united with the beauty we see.” – C.S. Lewis (as discovered on Twitter; follow @CSLewisDaily for more quotes)

Today marks the second week of summer holidays. I’ve put over a thousand kilometres onto the little car since Thursday morning. I’ve been across the border, stuck in traffic jams, meandering back roads, standing by soccer fields, hauling various bags, buying food that will keep in the heat, making and executing miniature step-by-step plans to get one kid safely to the places she needs to be at the right times. She is now safely at overnight camp with her sister. I am safely at home, in my office. But I couldn’t keep her entirely safe. Her team made the final at the tournament, but she was injured in their third game in a bad fall. This is parenting one doesn’t want to have to do: watching from the far side of the field as a medic checks out your kid, then, after the game, helping your kid understand and accept that she likely won’t be able to play for the rest of the tournament. We need to think long-term, the parent says, and the kid says, I really want to play! Maybe if I rest it overnight and ice it and … Yes, maybe, but, says the parent, taking the long view, knowing that injuries will happen in contact sport and a week or two of rest will pass in a flash, while an injury worsened by poor management could dog a player for weeks, months, more …

So she cheered her teammates from the bench in their fourth game on Saturday afternoon. She woke yesterday morning optimistic, and dressed for the match. Her coach let her play a few minutes in the final game, but she ran like she was stiff and in pain, so he decided, wisely, not to put her back on again. I was relieved. She understood. The long-view won the day. 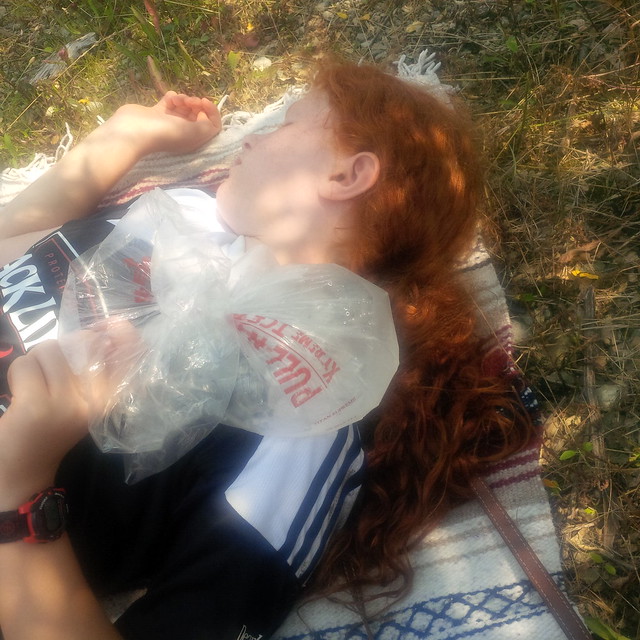 Here’s part of what I wrote on Saturday morning, waiting for that third game to begin, the one in which she was injured, when I didn’t know she would be; I hadn’t read the C.S. Lewis quote, above, yet, either. But I think I was choosing to write for the very reason Lewis pinpoints: to be united with the beauty we see (if we go looking for it). 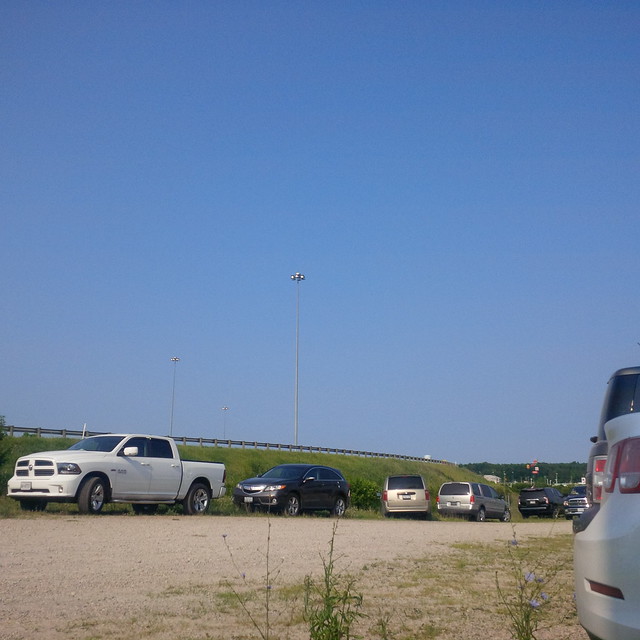 In Ohio. I sit in a collapsible chair behind my car in the shade on a warm morning, the fourth of July. It’s Independence Day in the United States, and I seem to be in a quintessentially American scene: wide blue sky, gravel parking lot, trucks and cars lined up, not neatly but askew, claiming space, because there is so much space, and just beyond the short grassy hill, a highway off-ramp. Noisy, constant noise of engines turning as they veer past on the other side of the guardrail. In the gravel lot, dust balloons when a car zooms by looking for a parking spot. I’ve returned to the same spot where we parked yesterday, just under a clump of bushes with pale green leaves flecked with tiny white spots that look like a fungus, an invasive disease, not native to the plant’s patterns. The breeze moves the speckled leaves. Wildflowers have pushed through the gravel near my feet, like flowers that belong in a desert, sparse pale purple blooms with spiked centres.

A man sits in a convertible opposite me, and talks on his cellphone, shaded under a ball cap. I choose not to look too often in his direction, although we must both see each other. Parked to his left is a junked-out abandoned trailer home with the brand-name Tag-A-Long on its faded front above a vented window, which has blue sheet insulation propped against it from the inside. The trailer’s hitch is rusted red and green, deep dirty brown-red, metallic green, a beautiful shade of green richer than emeralds, but what does it mean, to beautifully mark an abandoned object? What does it mean to flower in a parking lot? What does it mean to sit by a highway and write about the gravel scattered underfoot, embedded loosely into the clay-like dirt, pale ochre dirt, pale grey and white stones, some so small they are almost granular, worn down to sand?

“I’m gonna go now,” says the man in the convertible, on his phone, but he doesn’t. This is the way of conversations. You state that you are finished, but you don’t unstick yourself, not quite yet. You laugh. “You didn’t say that,” you say, and chuckle. A large 4 x 4 Ford pickup kicks up dust between us. The rumble from the cars on the off-ramp obscure what might be said, if I were closer and could overhear this half of a conversation.

I see a Canadian flag flapping on a truck down at the end of the lot, near field 14 where my daughter’s team will play their second game today. Beyond that, taller than the trees, are signs advertising gas stations and fast food restaurants. The street lights above the off-ramp look like objects from outer space, as you might imagine an alien spaceship to look, with lights suspended inside bright shiny metal pods like six vast aluminum mixing bowls, upside-down, and affixed around a slender pole, way up high, like cake tins stabbed onto pointy spikes high up in the sky.

What happens when you sit and write? You see differently, you fall down inside of yourself and go quiet and you receive whatever passes by, whatever dust and stray information and overheard conversation passes by, you reach up into the air and pluck it like fruit, ripe or unripe, doesn’t matter, you’re hungry for information.

It’s true. I was hungry. And in a gravel parking lot beside an on-ramp, I found some measure of satiation.

May you be united with the beauty you see.

Happy Canada Day!
Where we are, with #links