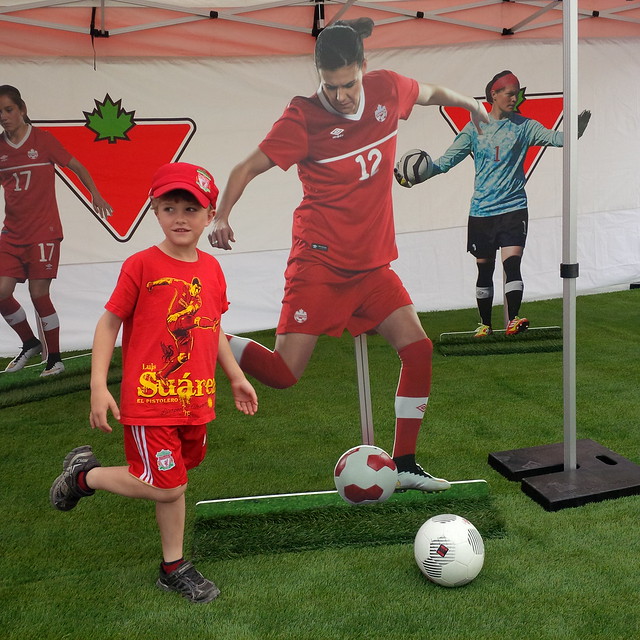 A few things have happened around here and my reporting is not keeping pace. 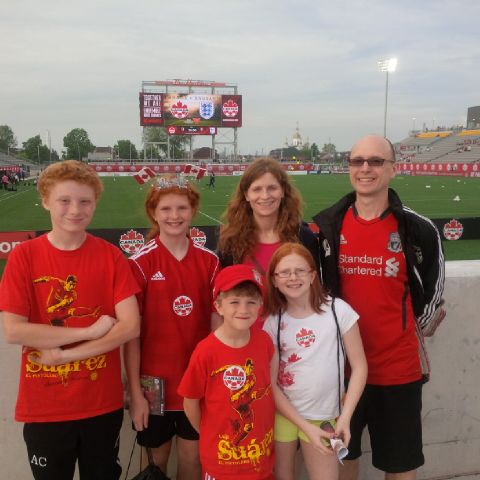 The whole family went to Hamilton on Friday evening to cheer on the Canadian national women’s soccer team in a friendly against England, the last game they’ll play before the World Cup matches start next week. And Canada won! Fascinating to dissect the strategy on the field, and watch the play get more intense as the game went on (I sat beside my brother Christian, who had scored us the tickets, and it reminded me of watching baseball or hockey with him as kids, analyzing every play).

My kids will never quite appreciate (thankfully) the thrill that I got from attending a sports match in a packed stadium involving two women’s teams who were in no way being objectified: in their eyes, they were simply watching talented athletes battling it out. When I was a soccer-playing kid, there was no national women’s team that I knew of; if there was a team, I didn’t know the names of anyone on it; and women’s soccer teams did not compete internationally in the Olympics or World Cup. When CJ pored over the program the next day, asking for the pronunciation of names of his favourite players, whose numbers and positions he knew (Kadeisha Buchanan, for example), saying, “She was a really good defender,” honestly, my heart sang. He doesn’t know it, but by seeing those women as really good athletes, he’s seeing them as fully realized human beings of equal worth and value to male athletes; and he isn’t even doing a comparison between the sexes, he’s just cheering for his team.

On Saturday we had a little party for The Candy Conspiracy. It poured rain, so we were very glad to be indoors at the Waterloo Public Library. As a finale, I broke out a uke and played the Juicy Jelly Worm song. It’s a different crowd, that’s for sure, from the usual literary reading. It felt much more interactive, which I enjoyed. 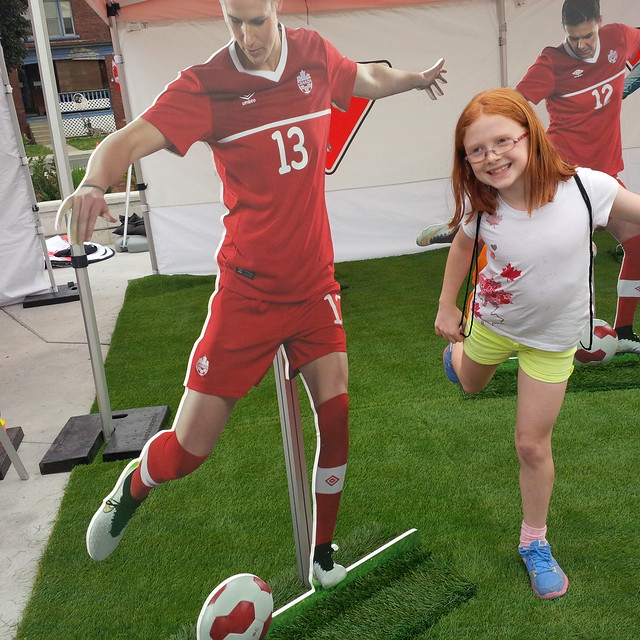 Fooey’s soccer team had another fun and winning game last night, coached by me and my friend Marnie; this coaching gig is turning out to be even more fun than I’d anticipated. It helps to have such an enthusiastic, friendly, coachable group of girls. I might get hooked on the job. 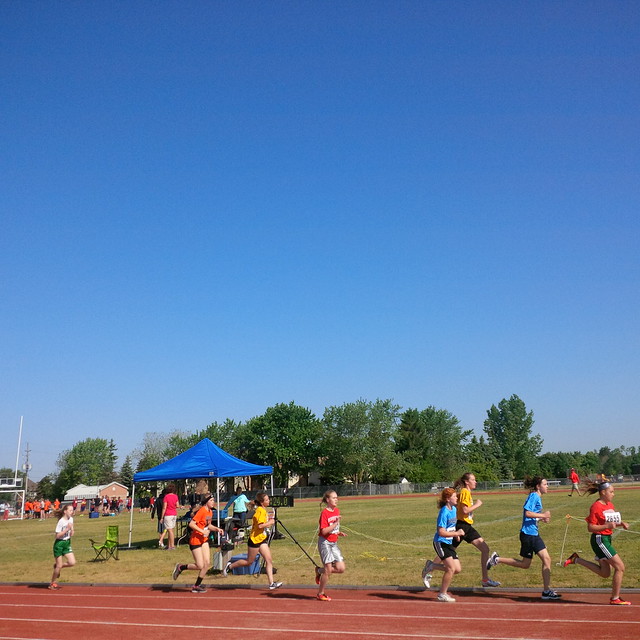 Lap three, 1500m. She’s the small one in blue trying to pass the taller one in yellow.

And today, I got to watch my girl runner tough it out in the 1500m and 800m distances at the regional track meet: she won the 1500m in a very competitive time, and came second in a hard-fought 800m, on rather tired legs. This means she will go on to compete again on Thursday in the regional final. It’s both a joy and privilege to get to watch her take her fierce self out into the fray and lay everything on the line. I honestly thought that watching her win that 1500m was the MOST EXCITING MOMENT in my whole life. Maybe I’m exaggerating. But in the moment, that’s how it felt. It was so surprising, so unexpected. I may have hugged a few strangers. 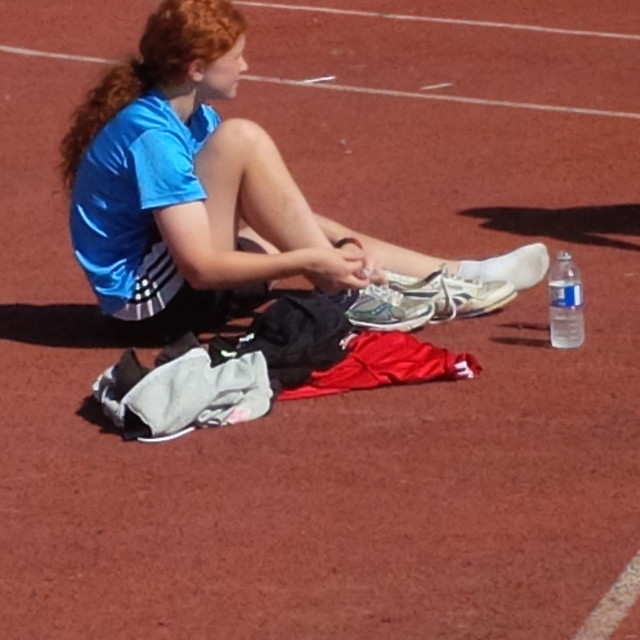 There are other exciting (and less exciting) moments that I could report upon here, but I’m out of time. Another evening is upon us, another early supper (chicken, rice, dipping sauce, maybe broccoli if I get back to the kitchen in time), many more soccer games, a bit of coaching, and lots of transportation of people hither and yon. Wish me … well, strength and calm.

Kicking the darkness
Truth and reconciliation in Canada