Playing with the boys 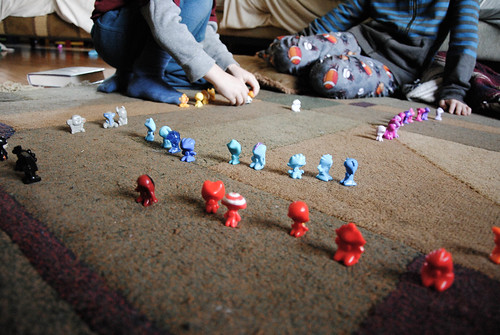 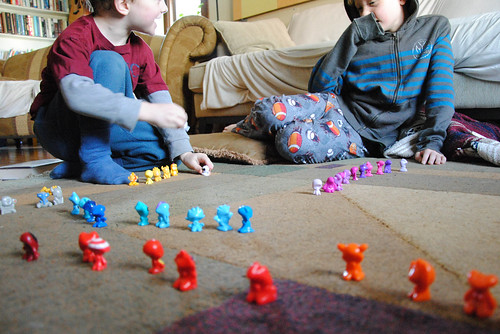 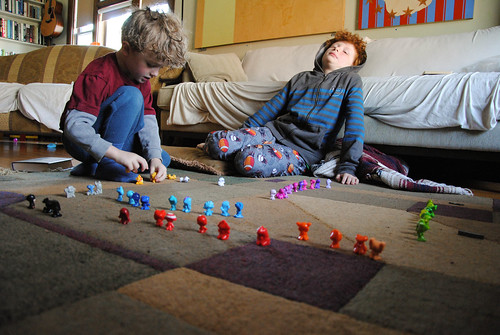 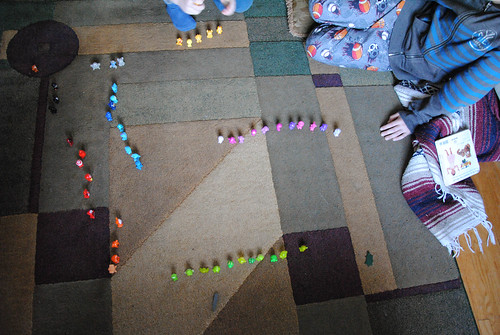 Last night I played with the boys. Not these boys, above, but with Kevin’s men’s soccer team. I scrimmaged with his team two weeks ago, and came home feeling too down on myself to try the following week. It wasn’t that I’d played badly. It was that I wasn’t comfortable with the dynamic of being the only girl. I felt like I had to prove myself. I’m a small woman. I’ve played soccer for less than a year. None of my shots on net went in. That’s what I kept telling myself, remembering all of the errors.

Kevin, being the awesome coach that he is, focused instead on all the things I’d done right. He was disappointed when I skipped.

So I came back to play again. I came back despite playing a game of unfulfilled potential on Sunday afternoon with my women’s team. I’ve learned how to get myself into good space, into the clear. I get lots of chances to run onto the net with the ball. And the damn ball just doesn’t go in. Albus tagged along to my Sunday afternoon game, and had a few tips afterward: “You need to learn how to shoot, Mom. You’re not doing it right. It sounds like you’re kicking it with your toe.” I also need to learn how to receive the ball in the air, and how to head the ball, and, oh, a few other things too. I was proud of my kid for being so knowledgeable — he’s playing rep soccer for the first time this season and he’s worked very hard to improve his skills, and I love that he knows what he’s talking about. But …

My spirit was a wee bit crushed, my initial reaction being, Oh, God, I’m too old to improve. But then I thought, hey these are technical skills I’m lacking, and I’ve got the other stuff that belies my age, the speed, the strength, the grit. And there’s only one way to improve my technical skills, and that’s to keep practicing. Plus, it’s fun. I love playing.

So I laced up again last night, and went back to scrimmage with the boys. When I heard my inner voice saying, I’m not good enough to be here, I countered with, it’s up to me to decide whether or not I belong, whether or not I’m good enough. So I played like I belonged — or tried to. And I felt a subtle difference by the end of the game. Yes, I made lots of mistakes. But I also set up plays, used space well, challenged for the ball and won sometimes. I even used a couple of turns I’ve never tried before. The boys were passing me the ball. They knew my name. I got some high fives.

I grew up with three younger brothers. As a child, I always played with the boys, though it was usually baseball. My brother Christian taught me how to throw. Then, as now, I was quick and strong, small but wiry. I’ll admit that I often felt more comfortable playing with boys than girls, and it was hard, during my teen years, to understand that boys were no longer looking at me as being one of them, but as being different. It wasn’t that I didn’t want to be a girl: I just wanted to be a girl who knew a lot about sports (I learned by osmosis), who could play as hard as the boys. But somehow my sex got mixed up in it. My prettiness became a power I didn’t know how to manage. It made me feel vulnerable. Subject rather than participant. I stopped talking sports sometime in my early teens, stopped trying to perfect my overhand throw, stopped playing with the boys.

I haven’t played with them since. Until now. It makes me realize that I’ve kind of missed doing that. I think it’s a desire to transcend the assumptions that go along with my female body. It’s a desire to play, pure and simple, no matter who’s on the field.

I am thankful
Will the fish eat the bug, or the bug eat the fish?