The progress of porch, continued 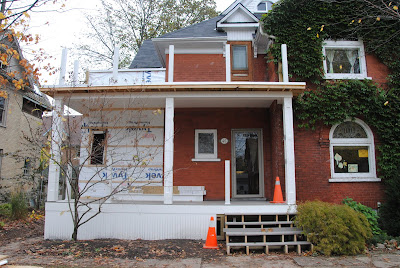 Here’s where the house was on Friday. If you’re thinking, that window looks too small, well, you’re right. On Monday, I took no pictures, though a lot of progres was made throughout the day, including board on the outside and drywall on the inside. The windows also went in, and the more I looked, the more I knew in my gut that the size was wrong, and that we had to figure out how to fix it. I was pretty upset. 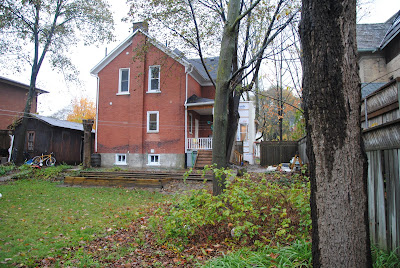 Thankfully, this story has a happy ending. The builders did not hesitate even a moment. They worked all the next day to fix the problem. They were cheerful and positive and stayed until after dark, until the new new windows were in. I have nothing but good things to say about the way they solved the problem. 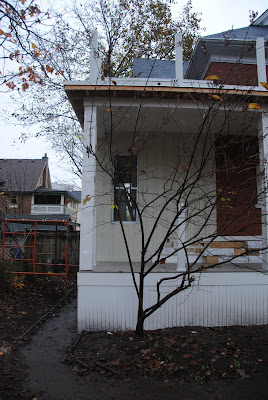 And just look at the results of their efforts. The board and batten is on. The windows let in lots of light. When I stood in the room, quietly, by myself, on Tuesday night, I felt at peace, calm, grateful. What I appreciated most was the builders’ professionalism. They transformed what seemed overwhelming (to me, in the moment), into something relatively minor and entirely fixable.

(It would have been major had we done nothing about it, of course; but that’s a good reminder: even problems that seem overwhelming can be faced head-on and tackled with goodwill and expertise. Yes. That’s me, adding a moral to the story. Can’t help myself, folks.)