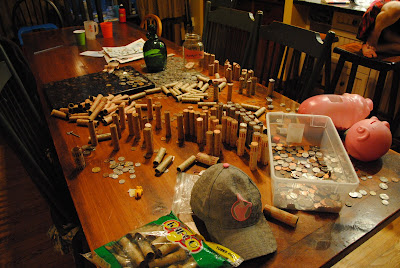 This was an all-family project. At the start of the summer, we talked about getting a trampoline for the back yard. The kids seem to keep growing. And the old swing set looks kind of destructible with several ten-year-old boys playing on it. But trampolines are expensive. So, we started saving for it. In the end, the kids emptied their piggy banks (literally), we wrapped coins (a project still underway), used the money from the long-ago “reward jar,” found a whack of Canadian Tire money, and, after a lot of online research, chose a trampoline. It’s supposed to be the safest one around. Fingers and toes are crossed. 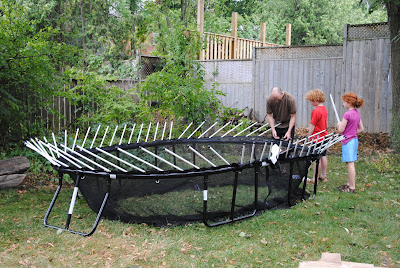 The trampoline came home from the store in three boxes. Putting it together was a two woman/man job requiring a lot of physical strength, and some smarts, too. Albus and AppleApple were both very helpful with the smarts. 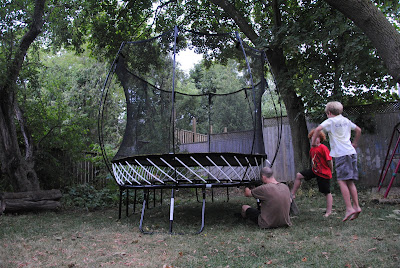 We were hosting a double sleepover yesterday evening, so we had some extra help. After many hours of labour, the whole thing was finally built before it got dark. 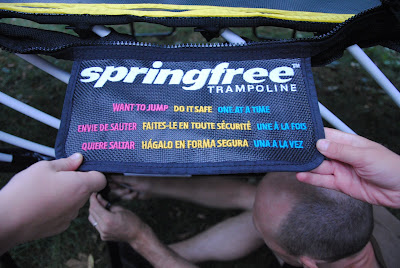 The boys thought it would be funny to show this. 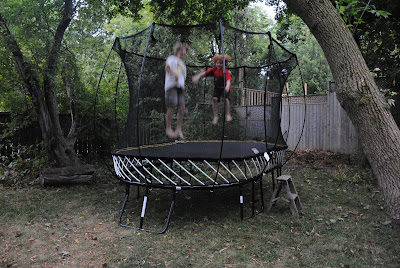 Followed by this. (I hope the trampoline doesn’t laugh last.)

We do have rules. Our rules are: no shoes, zipper closed, and only two kids at a time (kids of similar weight). 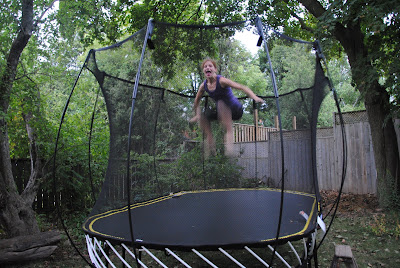 Oh, and it’s not just for kids.