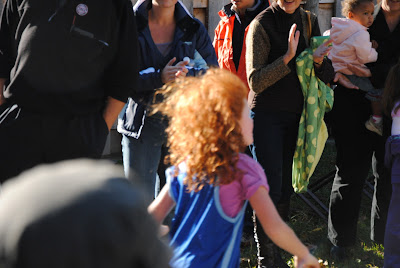 Poetry book club … an idea hatched several years ago (though not by me), and never quite brought to fruition, finally became an actual factual multi-participant event last night. We read Pigeon, by Karen Solie (this year’s winner of the Griffin Poetry prize). The group was (mostly) self-selected from a Facebook status I posted a few months back. Turns out there are people out there willing to identify as poetry readers–or, more importantly, as readers willing to try chomping through poetry. And then to talk to others about it. Why does this often seem so hard, beyond impossible–both the reading of poetry, and then the talking about? As if the process revolves around a test that we will pass, or, we fear more likely, fail.

So. Can a group of people who don’t all know each other terribly well get together and talk about poetry? Um, yes, we can. Turns out that we can talk, and talk, and talk about poetry. After some introductions, we just hopped right in. Everyone had read the poems (a good start), and we all had opinions, favourites, lines that stuck with us, bafflements, questions, hesitations, dislikes; and few conclusions. A gigantic dictionary was referenced. Cheese was eventually eaten, wine imbibed, host’s children kept up by the seemingly inexhaustible interest we brought to this book of poems.

As one of us observed, we were talking about the poems, not (as novel-reading book clubs often do, ahem, been there, done that) veering away from the text to reference our own experiences. A poem addresses (or tries to address) a vast and existential question, in the most compressed form. It is almost too distilled to elicit an anecdote. It needs treatment both more personal and less specific. It has multiple levels. And like any artistic creation, it is partially made by the person who is consuming it, though in poetry this connection between poet and reader seems even stronger; what is the ephemeral creation being made and discovered on the page out of images and emotion?

We quickly threw out any pretense of knowing-nothing. Of course, we all know enough to talk about a poem. And it is ever so crazy much easier to talk about when others are talking about it, too. We filled a couple of hours with talking about poetry.

A few favourite moments: When we discussed a poem called “The Cleaners,” which ends with the speaker hearing a song piped out of a nearby shop, sung by a singer “who is a national treasure,” it turned out that at least three of us had imagined who the singer was, though he/she isn’t identified. I loved that. (Leonard Cohen; Anne Murray; Celine Dion). I also loved the debate around the poem “Pigeon,” which baffled many of us–especially those of us who were looking for an easy solution to the book. Ah, so this will tell us what it all means!, followed rapidly by increased puzzlement and disappointment. Except, after talking and talking about the poem, it began to seem that “Pigeon” was actually just that–the key to everything, the answer to the riddle (and a riddle itself). At least, that’s how it seemed to me. I never in a million careful solitary readings would have gotten at that idea.

Next up: Margaret Atwood’s Morning in the Burned House. I’m going to look up her more recent collection, The Door, too.

I’m guessing there will be some blog readers out there with suggestions. Please, please, please send your recommendations, favourites, must-reads. We just might–read.

The photo is totally unrelated, but there you see AppleApple heading for the finish line in her second-ever cross country race (it was about 2km in length), run late last week and sadly unrecorded up till now. She finished much better than she’d expected, and was filled with excitement. The same could be said of her mother.