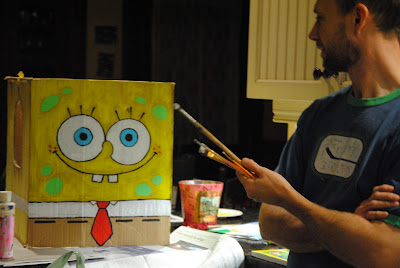 Kevin is crafting the kids’ Halloween costumes. Praise be, ’cause crafty, I isn’t, and the man has talent. We now have an eerie likeness to the real Spongebob Squarepants grinning at us from our dining-room table. “Paint the rest of me!” he’s chirping. “Don’t forget my pants!” 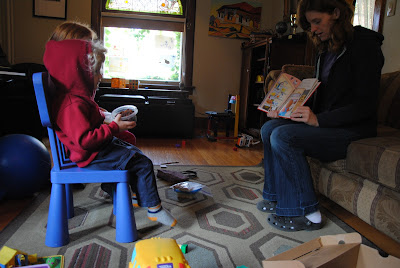 On Thursday, it was just me and the two little ones home all day, and though we had several appointments to go to, we also had time to play “storytime.” I did not set the chairs up like this: it was Fooey’s doing. 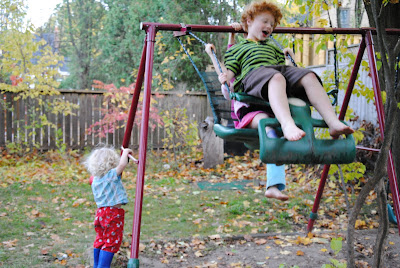 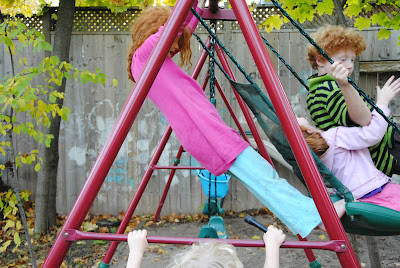 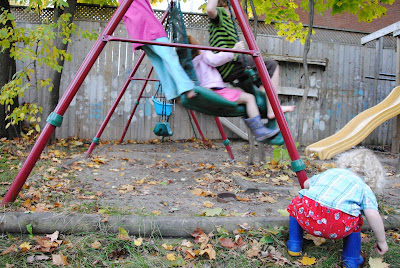 This afternoon, the neighbours might have been forgiven for thinking our children were doing violence to each other in the backyard. The shrieks, the screams, the ongoing mayhem. And people are worried about the noise a few backyard chickens might make. Just try living next to us. You’d be begging for chickens. Let the photo evidence show that, in fact, fun was being had, if at ear-splitting volume. The three biggest were playing some sort of sandwich game on the motorcycle swing, while CJ hung around and gave me panic attacks every time he stepped too close.