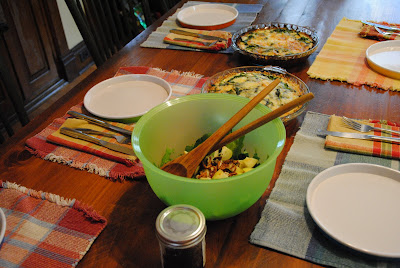 Wow. Serious lack of time and energy has lead to a serious lack of writing or creating. I need a kick in the pants to send me back to the keyboard for some tap tap tapping. I almost feel afraid to start up work again. A sense of temporary paralysis. Deep breath.
This morning I spoke to a creative writing class at a local high school, feeling ever so slightly like an impostor. Or maybe just feeling seriously elderly. When I told the young man who led me to the classroom when I’d graduated, it blew his mind. Yes, it probably was long before he was born. How the heck old am I, again?

My own children were entirely baffled by the invitation to speak. “Why do they want you to talk to them? Maybe you should play some music for them so they won’t get bored.”
I like talking to teenagers. It’s like searching for clues to my near-future (Albus is already almost nine).
And upon reflection, the class’s question and answer session got me thinking about the writing I’ve done during this (almost) decade of declaring myself a writer. It’s been a split identity, with mother coming out on top almost always. When I think of the concentration and focus that writing demands of me, I’m glad I’ve chosen mother more often than writer, or been willing to let writer slip to the margins where I tap tap tap only when the occasion arises (or, more precisely, when I make time for the occasion). Yes, it means forfeiting the bigger projects that require more than three hours at a stretch of devoted focus. But less doesn’t mean nothing. It just means a smaller scale and scaled down expectations. The kids grow. They don’t appear to be slowing down on that front. This season will spin away from me and I won’t forget (I don’t think) how to dream and be brave between now and then. Meantime, tap tap, I’ll try, again, this week. Hopefully back to normal writing hours as of Wednesday.
:::
Food made me happy this weekend. Three bags of spring greens arrived on Friday evening, and I made salad with pecans and apples and maple syrup dressing, and two spinach quiches. Used up the half-bag of mouldering carrots discovered (with some horror) in the cold cellar on Saturday, by making a giant pot of carrot soup of Sunday. I also had fun with phyllo pastry for Saturday’s supper: homemade samosas with dahl, and an apple streudel for dessert. That may not be how one spells streudel. The spellchecker on this computer doesn’t like any permutation my brain suggests.
I am cooking up pasta sauce for supper right this very second (tomatoes frozen last summer; I still have enough to take us through to the coming tomato season). It’s dentist day after school, so supper needs to be ready to set on the table when we arrive home from that outing of fun and joy. This is the all the writing I’m going to get done today.
Tap tap. That’s okay.
Last Weekend
Practice