How to break down resistance 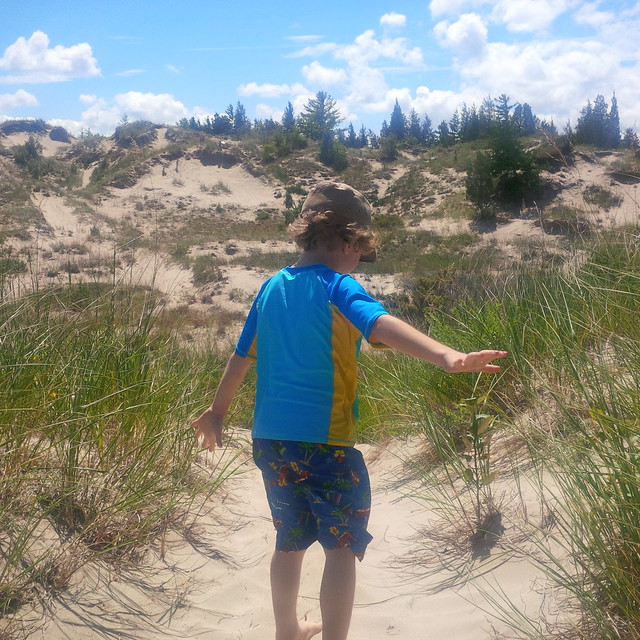 There are so many moments in a week.

On Thursday, I felt like an adventurous mother, pulling off the feat of getting the kids organized and out the door by 9AM, with picnic lunch, full gas tank, sweaters, and gear for the beach. We drove two hours to a park I’d never been to, my hope for a fun day only dimming slightly when a) we had to stop by the side of the road for a bathroom emergency and b) when the sky went dark and rain spattered our windshield. The GPS, with its insistent female voice, kept sending us on a route contradictory to the directions I’d decided on independently, so with Fooey’s strident encouragement — “Trust your instincts, Mom!” — I turned it off. We found our friends’ campsite, ate lunch together, and tramped up enormous dunes to find Lake Huron in a wild state, more ocean than lake. The sun came out. The kids swam. I reclined in the sand with the wind whipping my hair. And I was able to get us organized and back home in time for soccer practice. 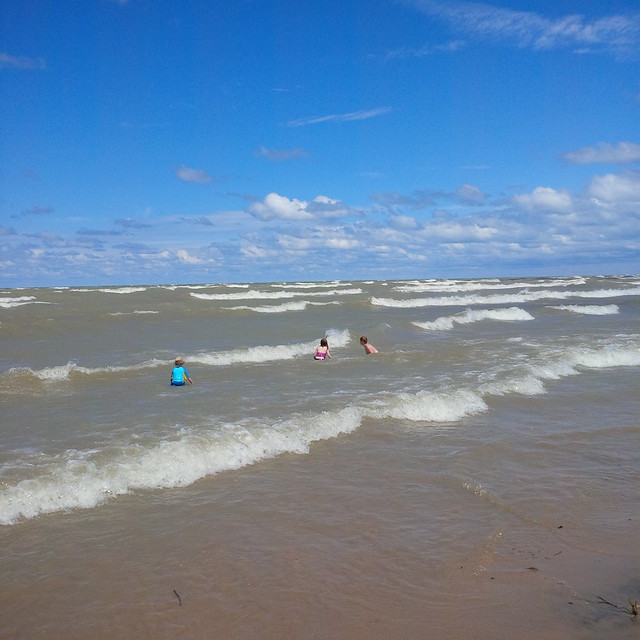 Then Friday. I met Kevin for lunch so we could discuss finances. We ate at a Korean place. Toward the end of the meal, I saw a woman standing and staring into the restaurant through the glass for a long time. “I think a character is coming in,” I said. She was elderly, squat and stooped and clothed in many layers, and seemed a rather unlikely patron. “What should I try here?” she asked us, shuffling directly to our table. “What do you like?” I said. “Oh, vegetables. As long as they’re cooked so I can get ’em down.” “Ummm….the food’s quite spicy,” I hedged. “Oh, I like the Chinese food.” “Well, this is Korean, it’s not really the same.” “How about that one with the egg?” [pointing to the colourful menu items posted on the wall] “Yes, the bi bim bap is very good,” said Kevin. “But does it have VEGETABLES?” “Umm…”

We got the story from the server, a young man with dyed pale orange hair who told us that the woman comes frequently, asks patrons for recommendations, sits at a table, but never orders. He hates to ask her to leave. 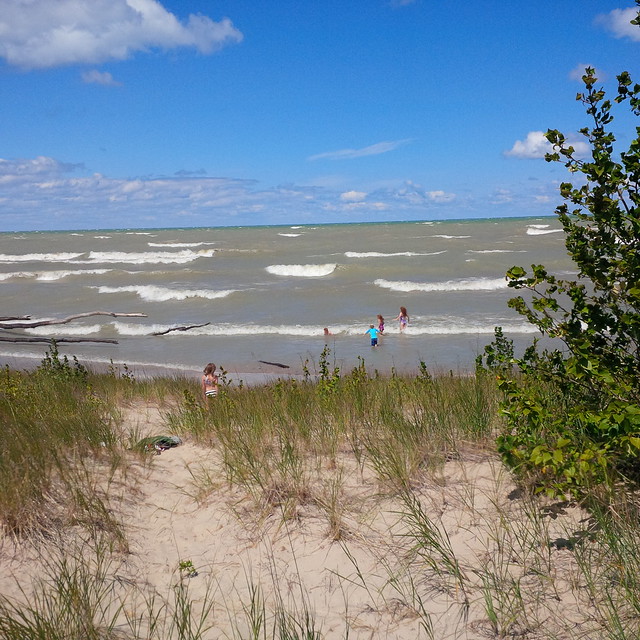 Then Friday, arriving home from lunch. I caught a strong rather strange sweet smell when I opened the front door. No one appeared. A large bath towel was on the kitchen floor in front of the fridge. DJ was licking the floor. It was definitely a what the hell? moment. Evidence was everywhere. A mostly empty container of tamarind sauce open on the counter. Brown spatters. Clean-up had clearly been attempted. I impressed myself (if no one else) by muttering and speaking firmly rather than yelling. Maybe I’ve grown. The next forty minutes were spent on hands and knees discovering new patches of stickiness, and then opening the fridge and discovering the accident had occurred inside there. Well, the fridge needed to be cleaned, I reasoned. I called the culprit in, but I did not yell. Instead I concluded this session by sending several bitter texts to Kevin, as if he were somehow to blame. “Just spent last 45 minutes cleaning tamarind sauce off floor and inside fridge. Lid loose!” “These are the perks of working from home, of which you are spared.” “I don’t think I will meet for lunch again anytime soon.”

He did not text back. I think this was wise of him. 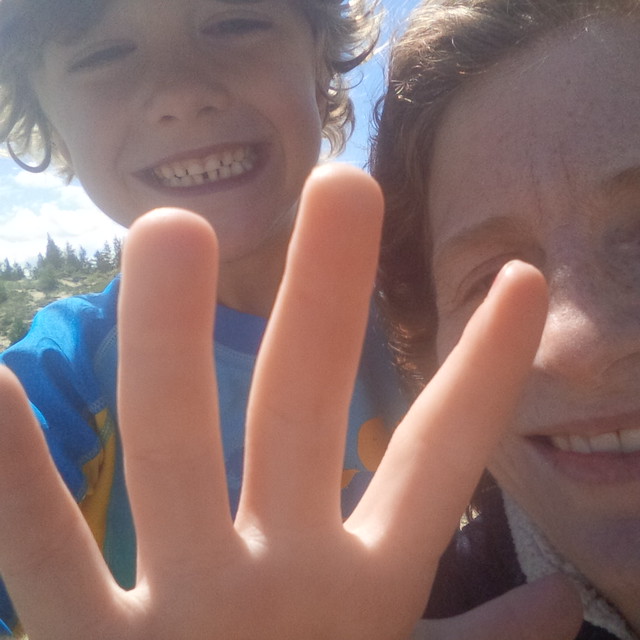 Finally, this morning. Chilly, rainy, windy. I am running. I’d left the house saying I would go 15-20 kilometres, tops. I’d left the house not in the mood for a long run, not at all. Around 15 kilometres, I’m flying through a favourite wooded path quite far from home. I’m thinking, this is why I resist going on long runs — because once I’m out here, I’m all in. Distance breaks down resistance, changes my brain, changes my understanding of pain and suffering, I think. 15-20 kilometres tops?! Ha! I’m feeling way too good. I cover 25 instead, and maintain pace. I think this is how my brain works on writing too, that the challenge is jumping in, because I know it will be hard, it will take me far away, it will hurt, but I know too that once I’m in, I’ll be gone. I’ll only want to go further. And, like running, good writing breaks down resistance, breaks down the self-conscious mind and pulls me into its flow. And I’m away.

I can’t always be away. Maybe I have to come back and clean up the tamarind sauce and be surrounded by shouting voices of children and get filled up with energy and anxiety and stories, so that I can go out again. And go long.

This photo has not been staged
The house is so quiet