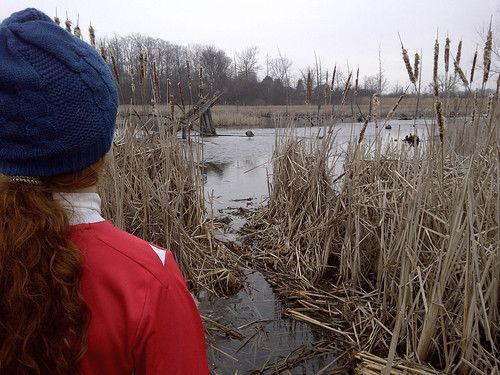 We went for an off-road run / hike this afternoon, just the two of us. 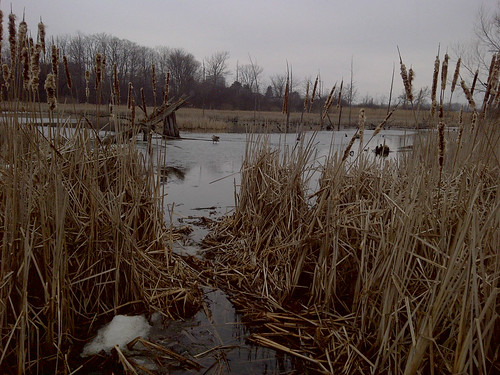 There was still snow and ice on the trail, and also chilly water, and mud, and slippery leaves. We forgot to bring her puffer, and she had some trouble on the hills. We are still getting used to her having asthma. But we ran for 7 kms, stopping to stare at the whirling water in the rising creek, and to look at Canada geese on this flooded area, and to listen to the cars zooming by on the nearby highway. Urban parkland. 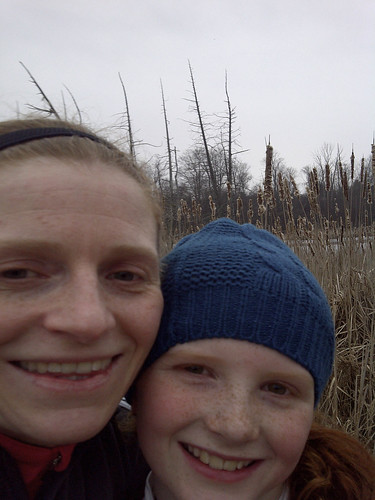 We saw almost no one. We had so much fun. If it had been up to her, we would have stayed for another hour, at least, exploring along every little off-shoot of trail. “Your companion, unfortunately, is a 38-year-old woman,” I said, diverting her from another attempt to run off-off-road. “You should have come with another 10-year-old.” “Oh, If I’d come with a 10-year-old, we’d already be wading in the creek!” she said. 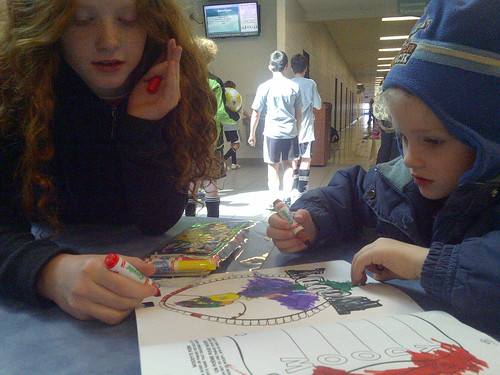 When I saw this photo from yesterday, I thought for a second it was me. 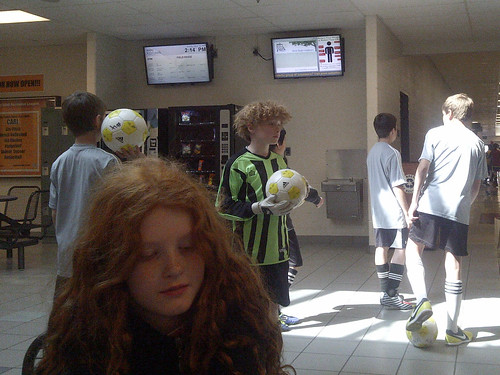 Nope, it’s her. Behind her, wearing her goalie jersey, is her big brother, who was playing in his very first rep game ever yesterday (with Kevin coaching). Nerves, and excitement. I’ve really got to tone it down on the sidelines, however. I’m just shouting encouragement, but apparently it’s embarrassing. “Is this what you sound like at my games?” AppleApple asked (she is not usually on the sidelines). “Um … yes …” “Oh.” [with feeling] 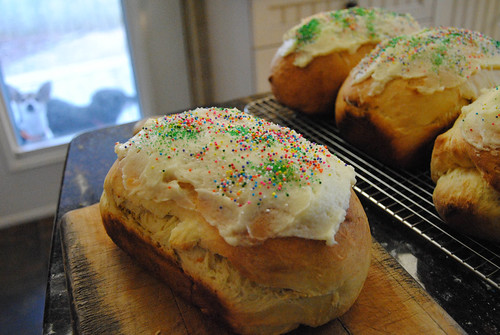 We didn’t make any plans for today. The rarest of days. I baked paska, which is a Russian-Mennonite Easter bread. My family background is Swiss Mennonite rather than Russian Mennonite, a detail of significance to very few, I’m sure, but the thing is that the Russian Mennonites have really yummy food traditions (sorry, Swiss ancestors!), so I’ve borrowed. This is my friend’s Mom’s recipe, which has the instructions: “sticky, not gluey.” It’s somewhat vague on details. I probably added too much flour this year, but last year the dough was sticky AND gluey, and turned out crumbly. This year’s looks good. We’ll be taste-testing it for dessert. Apparently it’s best sliced and covered with a big slather of icing, so I made extra.

Finally, here is what everyone is doing right now: (not pictured, Kevin doing the dishes, me blogging). 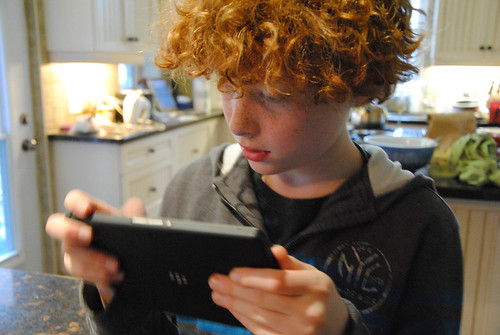 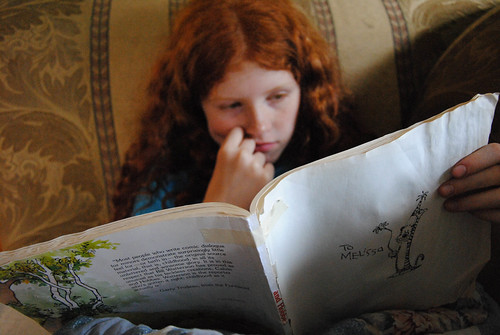 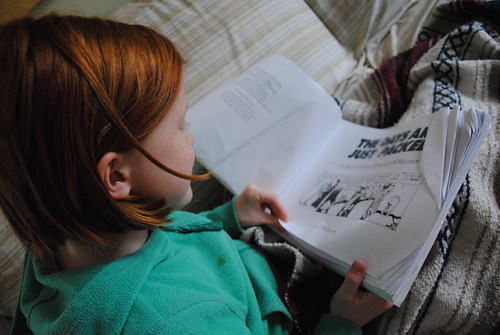 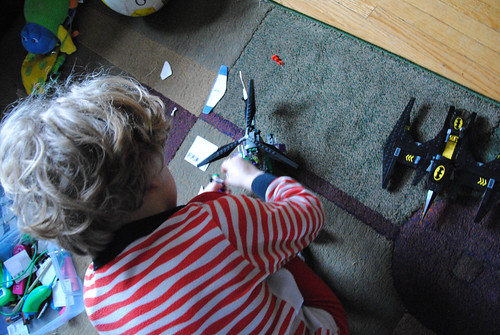 Birthday album
Where the wild things are