Falling into a powerful book 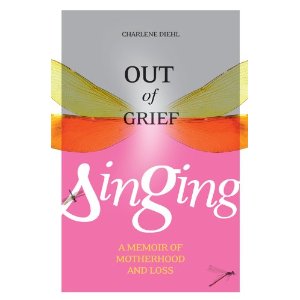 I finished reading a beautiful and powerful book last night. It’s called Out of Grief, Singing, and was written by Charlene Diehl, who is a poet and also a friend and mentor. It is a difficult book to read, in some ways, because it is about a mother experiencing something no parent wants to imagine: the death of her child. But it is not as difficult to read as you might imagine before opening its pages. You only need to be prepared to be moved profoundly and deeply as you follow this mother on her journey out of grief, singing. I started reading the book in an airport, which I cannot recommend unless you are comfortable sobbing in public. I finished it in the privacy of my own bedroom, and I let the tears flow freely.

In a sense, the book is about the grieving we do in public and in private — the ways in which we are permitted to welcome grief (or not) into our daily interactions, and the discomfort (or fear) that many of us feel when we hear about someone else’s experience with death and loss. I’ve been thinking about the book all morning. I’ve been thinking how I’ve felt awkward and anxious about approaching someone who has suffered a profound loss. I’ve felt at a loss myself. At a loss for words, or actions. The people who help Charlene on her journey show love, compassion, patience. They don’t tell her what she’s feeling or what she’s supposed to be feeling, but honour where she is. They don’t pretend nothing has happened. They are open to her story. They are open to her daughter’s existence, and to the fact that her daughter lived and died.

That may sound really obvious, but I think it is not.

The greatest hurt seems to come from strangers who make assumptions, and so many assumptions are made about women of childbearing age; I know I’ve made thoughtless assumptions myself. Is this your first baby? is maybe not the best question to ask the pregnant woman standing behind you in line at the grocery store. Or, be aware that you may be expounding on the wonders of natural childbirth to a woman who has delivered prematurely, her baby kept alive by machines: and in your ignorance that you are suggesting that this woman has done something wrong, as if she had choice in the matter. Know that your childless neighbours may or may not have chosen to be childless; or that they may have suffered losses, that they may be parents without living children. Know that not everyone gets to choose their story. Know that people’s experiences are not all the same.

This is profoundly hopeful book, full of grace.

Charlene’s two living children, born after the death of their sister, hold her in their lives in ways that are completely natural. The older sister they never knew is present in their family. In the book, Charlene relates how her son says that his older sister is there whenever he has a feeling that surprises him, or that he can’t know — much like he can’t know this sister, yet she is mysterious and present. 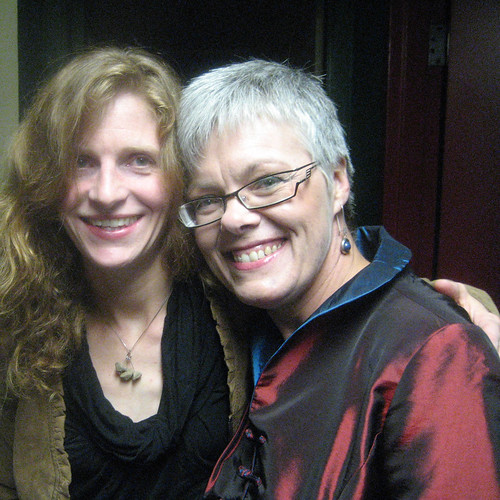 me and Charlene in Winnipeg earlier this fall

Charlene was my professor that November many years ago when she went into early labour. I remember the shock of hearing the news, and hearing, less than a week later, that the baby girl had died. I was twenty, and I hadn’t the slightest idea how to respond. I signed a card that someone more thoughtful than me bought and sent on behalf of our class. I never thought to visit. I think I would have imagined it an imposition. I think, also, that it’s okay to be where we’re at, and I wasn’t in a place where I could have been helpful. We aren’t, always, are we.

I hope I’m somewhere else now. I hope, if called upon, that I could be like the friend who listens to Charlene’s story over and over again, and because she is present and listening, is able to reflect back to Charlene that her story is not repetitive, nor is it a trap, but it is ever-changing, changing with Charlene as she moves through that long first winter after the death of her daughter.

I don’t know why the book has come into my life now, but it came and I am glad for it. Thank you, Charlene.

A wild writer's weekend
On the balanced life (aka "balanced")