On an evening with nothing to do: summer solstice 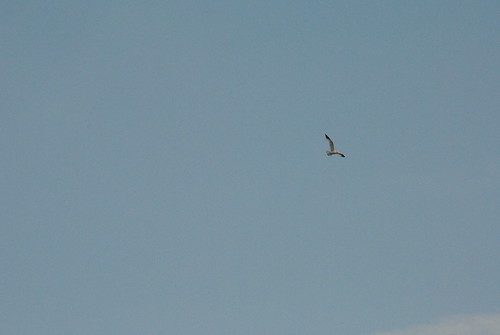 None of us had anything we had to do, there was nowhere we had to be, and nothing was scheduled. Giddy with freedom, I neglected to make supper until very late (and then I had Kevin grill stuff on the BBQ). We ate at a leisurely pace. A normal, human, conversational pace. It was pleasant, a treat; but I could hardly keep my eyes open. I was sitting there, filled up, contemplating the next step — dishes and laundry — when it occurred to me that on this evening of nothing to do, I was too tired to do anything. I was crashing. I mumbled something to the effect to Kevin: must lie down. Staggered to the couch, napped for a few minutes, and then for a few minutes more.

Finally, I arose and conquered dishes and laundry.

But I was so tired. It was almost as if, in the absence of having to keep going, having to maintain energy and momentum, my body figured it could just quit. And so it did.

A confession: I’m having trouble maintaining my early morning exercise; I was down to two mornings this week and last. Unless I’m meeting someone, I’m choosing not to drag myself out of bed. Partly it’s the evening activities, partly it’s the late-night reading (first it was the biography of Edna St. Vincent Millay, and now it’s Jeannette Walls’ memoir The Glass Castle, which has me gasping every other page — have you read it? I realize I’ve come to it late, and it’s been out for years, but it’s one of those memoirs that could not have been fiction because a) it wouldn’t have seemed real, and b) audiences would have despised the creative mind who thought it up. Anyway, it’s pretty close to brilliant, and I’m loving it, and therefore can’t put it down).

This week has been good preparation for summer holidays. On Monday, my babysitter was sick, so instead of spending a full day at my writing desk, I got the morning followed by an afternoon with two four-year-olds; who were delightful and spent an hour enjoying lunch, I must add; but still. It wasn’t quite the same. On Tuesday, Fooey felt sick, so she stayed home. By lunchtime, our numbers were up to three kids versus one mom (I was babysitting CJ’s friend again). It was hard not to feel resentful — my quiet house filled up with noise.

But then I realized: this is just a taste of SUMMER. I’ve arranged for babysitting during most days, and that’s wonderful; but I work from a HOME OFFICE, and the children will be AT HOME. The quiet and privacy that is this beautiful humid sunny glorious Thursday morning is a total luxury.

A study in contrasts
Notes from a scattered mind