Swept along the beautiful river 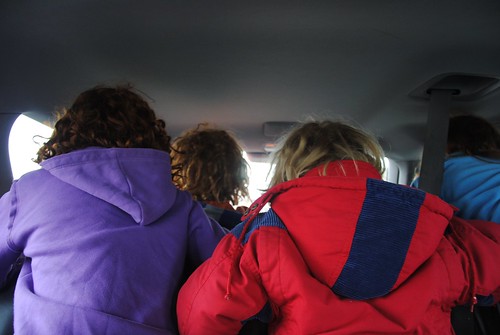 Usually on Monday mornings, I post my “week in suppers.” Today, I’m going to change the routine to honour where I’m at. Which is not to say I’m cooking no suppers. Suppers have been and will be cooked. But this has been an emotion-filled weekend. I’m not even sure where to place myself in the midst of the emotions and events. Am I observer? Participant? Witness? Conspirator?

On Saturday, parenting alone, I enjoyed the company of six children for part of the morning. I have difficulty describing how happy it makes me to be with my kids and their friends. To be part of their conversations. To listen to them relating. To laugh. To consult. To make plans together. And to allow myself to be swept along by their energy.

One of my closest friends lost her father on Saturday. He’s been our neighbour for the past few years, too. Thinking about him as I drove across town to pick up my soccer girl, I thought about how life sweeps us along, and how we are both at the mercy of a greater current, and yet blessed to be a part of it. I sat in the parking lot and wrote the poem I posted here on Saturday (typed into my BlackBerry; first BB poem of my life, I must admit). Then I picked up my soccer girl, and watched her transform into piano girl — and win a prize at a piano competition.

Piano and competition are two words that fit together rather uncomfortably. I considered my emotions as we listened to the competitors playing their songs, and I found myself disliking my instinct to contrast and compare rather than simply appreciate and celebrate. Nevertheless, to see my daughter rise to the occasion and play her song with imagination and flair, and then to see her rewarded with a ribbon … it was such a joy. I kind of wonder at myself for taking so much pleasure from the achievement. Why should my pride be any greater for her winning than for her purely being willing to try, practicing, working hard, and performing her heart out? You know?

We stopped at home to get changed before going to Grandma’s (where the other children already were). My friend called just then with the news of her dad’s passing. “His spirit has left his body.”

When I think about her dad, I remember a man who lived with an almost casual generosity. It was so much a part of his being. There was nothing forced about it, not like he had to remind himself that others needed caring for. Simply: he wanted to help, to be of help, and he did, and he was. 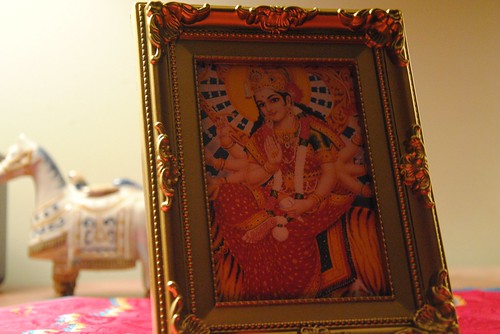 I almost want to stop this post right here, but there’s more. It was such a weekend. A big birthday party had been planned for Saturday night, and I was hosting it here at our house (hence the children off to Grandma’s). With my friend Zoe in charge of vision and decorating, we transformed our house into a … hm, how to describe it? Indian colours and food and music and bindis and a mehndi artist and hanging silks and mango lassies and women. It was a party of many layers. I’ve never cried at a party before — good crying. I’ve never om-ed at a party before. I’ve never limboed under a platter of Indian funnel cakes, either. It was a beautiful night in honour of a beautiful friend.

By morning, the house was spotless (true story). I picked up my soccer girl and drove her to another game, and watched her play a position she never played even once last year: forward. I watched her make passes and chances and exciting runs and assist on a beautiful goal. And then I watched her play the second half in her usual position in net. She played the whole game with intensity, and such happiness. Pride doesn’t cover my emotions.

When I brought all the kids home, we snuggled in our rearranged living-room (there are a lot of pillows on the floor right now). They watched a movie, I napped, they were all around me. And then Kevin arrived home from Ottawa, putting us all back together again.

So, you see, I spent a lot of the weekend on the sidelines, just watching and taking it all in, doing what needed doing, being of use, being present.

I have this feeling that life is filling me up. I might be here for awhile. When I’m full, it will be time to share and process and, maybe, who knows, to write another book.

Life is bigger
May madness