A somewhat sleep-deprived Carrie reflects on sisters and brothers 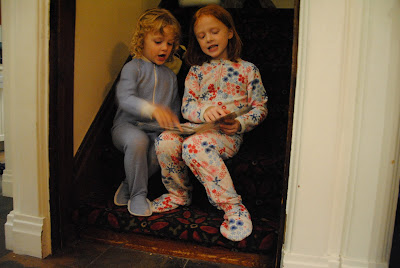 Big sister, little brother. Fooey is helping CJ read the book he brought home from nursery school. This morning, I am thinking about siblngs. Brothers and sisters. It’s fitting the kids are in pajamas in this photo, because I’m also thinking about late nights and being up past my bedtime. 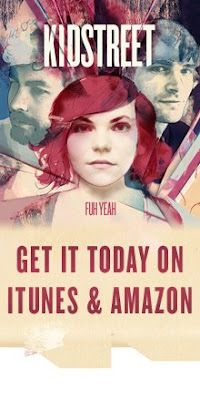 Here are some other siblings of whom I’m awfully fond (and proud). They belong to me. On Thursday, two of my brothers, and my sister, who make up the band Kidstreet, launched their debut album. Of course, I was there on the dance floor to celebrate. (That was late night number one.) **Listen to their album on soundcloud, or buy their album on iTunes.

I am so proud of them for working together all these years, song-writing together, travelling together, performing together. Not all siblings could pull that off; in fact, I’m pretty sure they’re in the minority. All five of us are pretty close, as it happens, and I don’t take that for granted, not at all.

And I wish the same for the batch that Kevin and I have created, and for another brother/sister team who came into being just last night.

Because last night was late night number two. Last night, the stars aligned (they really did; it was dark and rainy and cloudy, but I’m positive about those stars). The stars aligned, and I drove to Toronto to be with friends who were about to become parents for the second time. Especially amazing is that I’d been present at the birth of their first child, too. So, last night, I got to see a little brother being born, and I remembered his big sister being born almost exactly two years ago. Just think about how her world has shifted this morning. She might not like it for the first little while, but she’s going to love that little brother. I just know it. And he’s going to love her right back.

I drove home in the middle of the night (still raining), filled with gratitude. Thankful for the moments when I see my kids helping each other out. Thankful for my own joyfully creative siblings. And thankful for friends who welcomed me — not once, but twice — to be a part of their birthing experience.

Now for a little nap, perhaps …

Last Week in Suppers: Almost October
Standing on the sidelines, kicking myself