The Juliet Stories have their own ISBN number 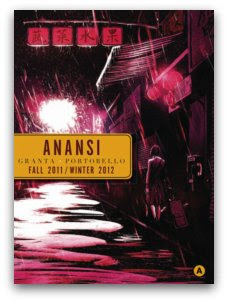 My next book exists in a publisher’s catalogue. Look for it on pages 22 and 23, House of Anansi. My picture is in there too (does it look too serious? too intense? too “brooding-writer-who-would-be-no-fun-at-a-party”? Maybe I should send them a different photo for the cover).

The irony, of course, is that I continue to polish this new book, so for me, it’s not finished enough to exist anywhere; the catalogue copy, to me, reads like a birth announcement made at 34 weeks gestation. I never named my babies in utero, and always felt a bit superstitious about pre-birth baby showers. Let’s get this baby born, bathed, and bundled before sharing the good news. But how done is done? I remember a funny conversation with the doctor who oversaw the early months of my first pregnancy. I said, “So when I get through the first trimester, I can stop worrying, right?” (I was terribly anxious about miscarrying). And she gave me an odd look: “Um, I’m not sure you ever stop worrying,” she said gently. Riiiiight.

So I suppose, if conflating book-production with having children (a facetious comparison, let’s be honest), it stands to reason that even with the last “t” crossed and “i” dotted, joy will continue to mingle with unease.

The other morning, we were reading an article in the newspaper about a man who is training for a traithlon. It’s part of a regular weekly series: the paper profiles someone relatively well-known and a trainer helpfully critiques his/her exercise plan. I was shocked by how little training this man was doing, and how confident he sounded, and Albus thought that the paper should come and interview me instead: “You should be in the newspaper, Mom.” I explained that the fellow was being profiled not for his excellent triathlon-training, but because he was relatively well-known. But, I said, when my new book comes out, we probably will be able to read some things about me in some newspapers.

The kids were blown away by the idea. That’s when it struck me: Albus and AppleApple were 2 and 14 months, respectively, when Hair Hat came into existence. They had zero awareness of their mother being anything other than their mother. It was news to everyone that, in fact, I’d been in the newspaper when Hair Hat came out, and they thought this was just plain awesome.

But dancing oneself into the public eye involves grabbing for a double-edged sword. I was fortunate enough to read multiple positive reviews of Hair Hat before the first negative review came in, several months post-publication. It gutted me. (Obviously, I recovered). So that’s what I explained to the kids: when the new book gets reviewed, we all have to pray that it falls into the hands of readers who appreciate it. Because no book will please everyone, and there’s much luck-of-the-draw fate that can befall a book. Such is the way of art, and individuality, and taste. Even positive reviews almost always highlight some small flaw, as if to note: nothing’s perfect. Fair enough. Nothing is.

I think this sobered the kids up a bit. Me, too, but for different reasons. Last time around, it was really just me who was affected by the publicity process. I could turn away and bury myself in my babies’ oblivious needs. I identified myself, even in my own head, as “mother,” not “writer,” and that comforted me. This time around, it’s different. I’ve got no babies, nor have I the prospect of more. Instead, I’ve got some interested parties tagging along for the ride. And I’m beginning to wonder: what’s the tipping point at which I become more working-mother and less stay-at-home mother?

It feels like I’ve metamorphosed without noticing, during this long stretch between books.

Yesterday
What she wore to her piano recital