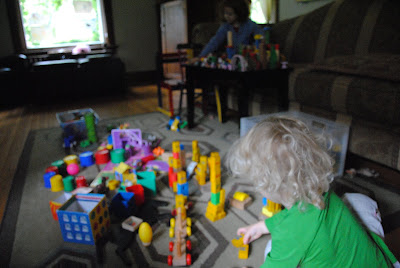 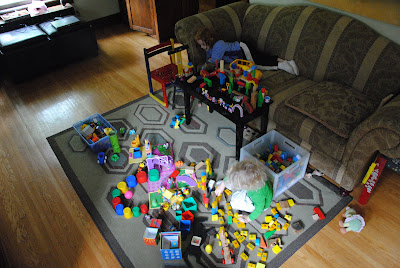 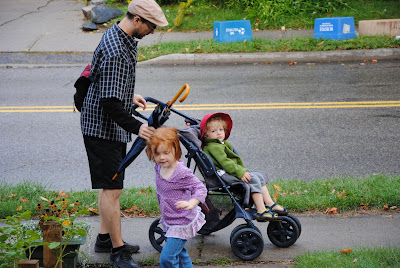 Have I mentioned that I’m running a trail run today? It’s part of my triathlon project, and having not run since high school (and having shown no particular talent back then), I am filled with rather unpleasant sensations of nervous anxiety. My goals are small: I would like to finish the race, and ideally, I would like to finish the race without stopping to walk. I know that I can run 8km, but I don’t know what it will be like to run with others around me; I have a competitive personality that I spend most of my time repressing, but it might flash out to ill effect during the race. (It’s not that I think being competitive is a bad thing; but life is so much more enjoyable when the element of competition is removed … at least, that’s true for me).
Kevin is very excited. The children are only interested in my prospects of winning. When I told them that there is no way I will win, nor is that my goal, they were nothing but baffled. Why enter, if you know you’re not going win? Why indeed.
I’ve done a very poor job of soliciting pledges for the charities involved (KidsAbility and the Rotary Club), but if anyone out there would like to sponsor this new runner, please click here.

We had another “first day” yesterday: CJ started nursery school. He will be attending three mornings a week, giving me more time to write and work. He wasn’t overly enthusiastic at drop-off time (Kevin managed that), but he was in fine spirits when I picked him up. And he was still wearing the same pants.
Tomorrow it will be Fooey’s turn for her “first day,” as a senior kindergartner.

This morning, it’s just been me and the two little kids. I put on classical music and we played on the floor, then popped popcorn, and did puzzles. It was so peaceful with the music in the background. We don’t listen to music often enough, in a background, mood-setting, soothing kind of way. Usually if we turn it on, it’s loud kids dance music, and not conducive to good behavior or talking (though excellent for rowdy energized indoor play). My goal is to play more music more often, in the background, so that it’s part of their hidden knowledge, their brain-maps, among the things that they will grow up knowing without knowing that they do.