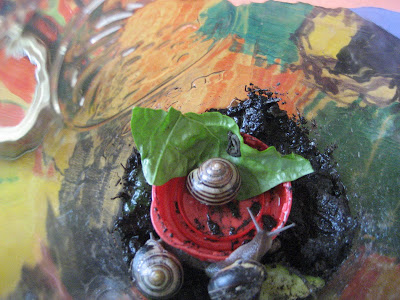 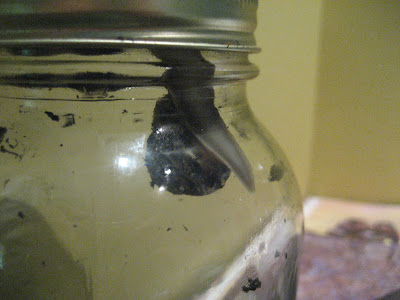 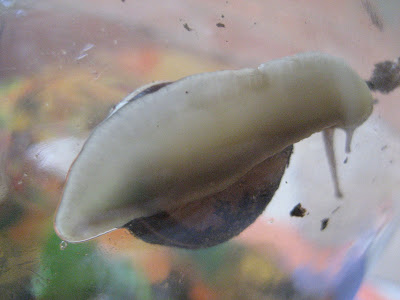 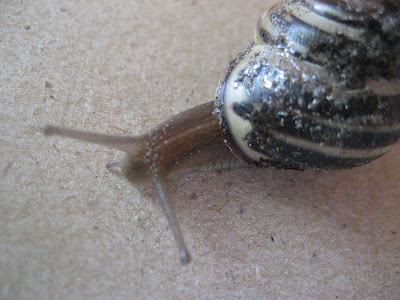 AppleApple has been begging for a pet (and not another fish). Well, she solved the problem by finding her own. The first (Slimy) was discovered on the way to school, was kept safe at school (bag? pocket?), and brought home. After some online research, we decided on a glass jar with holes in the lid (the recommended aquarium not being at our disposal). Yesterday, she took Slimy to school where she and several friends formed a “Keep Slimy Safe” club at recess. I’ll check on the club’s name. That might not be entirely accurate. Albus found a couple more yesterday evening, and they were added to the collection. Slimy, Sticky, Shelly, and I’ve forgotten the last one’s name. Something original, I am sure. The amazing photos were taken by AppleApple.
:::
PS I checked. It was the “Protect Slimy Club.” Protect Slimy against what? “Against feet stepping on him.”
Ah.